The world’s largest warship which is set to carry a 9,000-troop NATO strike group has set out on a journey to perform military drills in the Atlantic in a huge show of force against Vladimir Putin as tensions with the Russian dictator soar. The $13billion (£11.5billion) USS Gerald R Ford warship, which is the first of a new generation of American aircraft super carriers, has departed from the Norfolk naval station in Virginia on a voyage across the Atlantic to participate in exercises with navies from France, Germany, Sweden and Spain as the West rallies against Russia amid the war in Ukraine.

The monumental ship is powered by two nuclear reactors and can carry over 70 aircrafts, including lethal helicopters and jets. Personelle set to travel on board the ship reportedly includes NATO troops from the US, Canada, Finland, Denmark, France, Germany, the Netherlands, Spain, and Sweden.

The NATO troops are set to perform a number military of exercises, such as air defence training to protect both land and air power in the waters where Russian ships have been known to travel through in recent months, including in both the Atlantic and Mediterranean.

The giant vessel also set off with a cruiser, three guided-missile destroyers and supply ships, and it marks the first time that the US navy has deployed a newly designed carrier in 40 years.

The warship will reportedly replace the US’s Nimitz-class carriers which have been operational since the 1970s. Vice Admiral Dan Dwyer, Commander of the US 2nd Fleet, said: “The Atlantic is an area of strategic interest. Our primary goal is to contribute to a peaceful, stable, and conflict-free Atlantic region through the combined naval power of our Allies and partners. 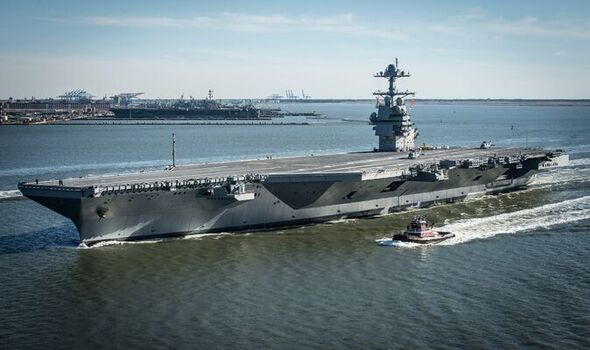 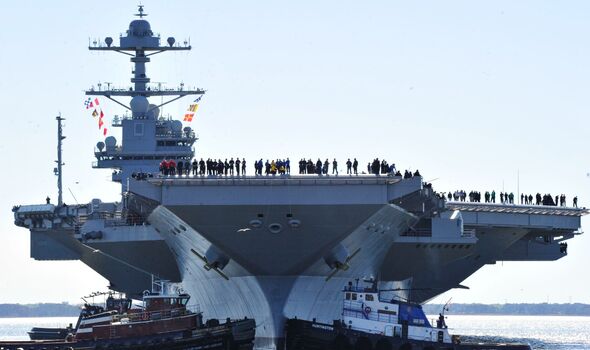 “The deployment of USS Gerald R Ford’s carrier strike group is the natural progression of our renewed commitment to the Atlantic.”

Admiral Daryl Caudle said that no other warship is on the USS Gerald R Ford’s level. he said:”[The ship’s deployment will] demonstrate its unmatched, multi-domain, full-spectrum lethality in the Atlantic.”

The USS Gerald R Ford was formally commissioned by President Trump in 2107, who sparked controversy after denouncing the electromagnetic catapult system, which was suffering from technical difficulties at the time, and urged the return to steam.

But the world’s biggest warship is designed with more than 20 new technologies, including an electromagnetic as opposed to a steam-generated system for blasting fighter jets off the flight deck. 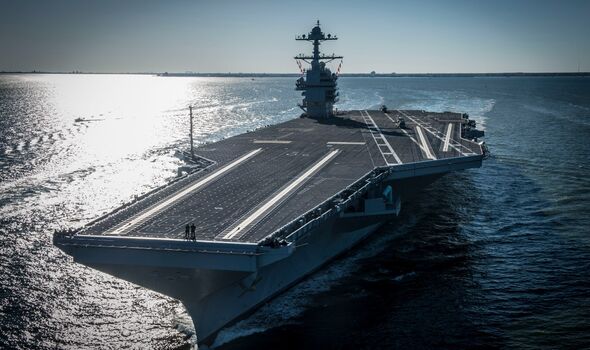 The ship is named after Gerald Ford, the 38th President of the United States,  who completed naval service on a light aircraft carrier in the Pacific Theater during World War II.

The NATO drill has marks a major show of defiance at a time when tensions with the West continues to reach new highs. Russia’s ambassador to the US Anatoly Antonov warned this week that the US risks “a direct military clash” between Russia and the West by sending more military aid to Ukraine, a move it views as an “immediate threat to Moscow”.

He said: “We call on Washington to stop its provocative actions that could lead to the most serious consequence.”

It came after the US announced that it will send another $625m (£547m) package of military aid to Ukraine. 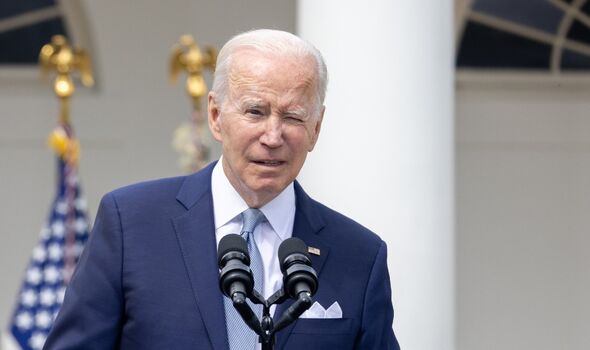 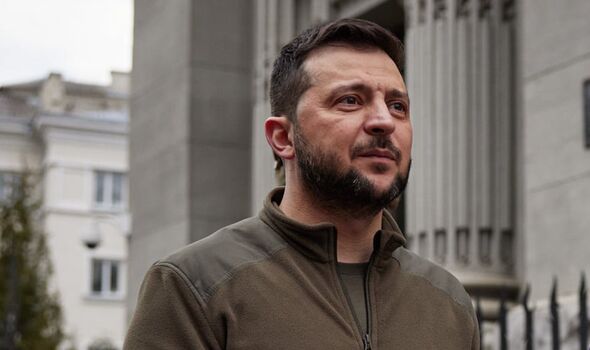 But US President Joe Biden’s administration has refused to back down, stating that “the United States will never recognise Russia’s purported annexation of Ukrainian territory. President Biden pledged to continue supporting Ukraine as it defends itself from Russian aggression for as long as it takes.”

It also comes amid the signing of legal paperwork confirming Russia’s annexation of 15 percent of Ukrainian territory. The Kremlin now views Donetsk, Luhansk, Kherson and Zaporizhzhia as officially part of Russia as Putin continually attempts to legitimise his brutal war.

However, Ukrainian troops have been launching counter-offensives amid the conflict, successfully recapturing areas in a sign that Putin’s troops may be struggling on the battlefield.

Ukrainian President Volodymyr Zelensky said: “There is a growing understanding that Russia made a mistake by starting the war against Ukraine.”