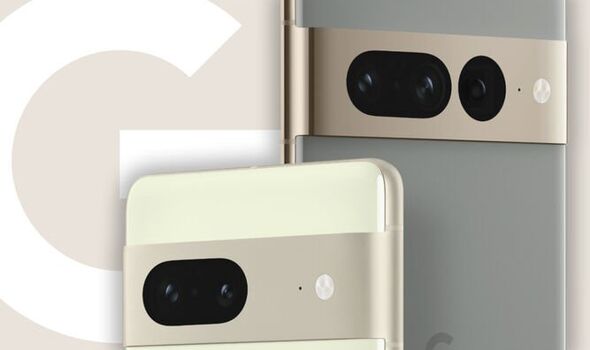 Android users will have even more choice next week with Google holding a major launch event on October 6. This global showcase is where the US technology giant is expected to reveal its next generation of phones including the Pixel 7 and Pixel 7 Pro. Google hasn’t exactly been shy about these upcoming devices with the firm already revealing how they will look and what will power them.

In fact, a quick trip to the Google Store and you’ll find a whole page dedicated to these new Android-powered smartphones which even inludes a short video and a glimpse of their refreshed design.

Although a sneak peek has been offered, there’s still lots for Google to announce and all will be revealed during the online event on Thursday.

So what do we already know and what are we expecting to be the big new features on the Pixel 7 and Pixel 7 Pro?

Firstly, Google has confirmed that these phones will be powered by its latest G2 Tensor processor with the firm boasting that this chip will bring more helpful and personalised features to photos, videos, security, and speech recognition.

The first Tensor processor was already pretty smart so this update will hopefully improve features such as assisted dication – which turns spoken words into editable text – and instant foreign language translation even better. 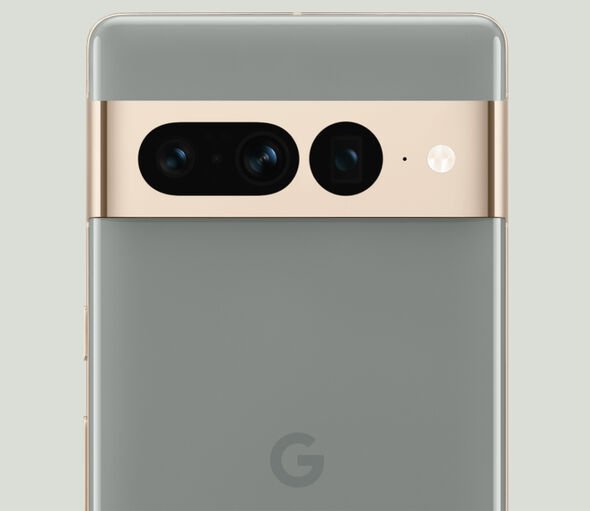 Then there’s the design as we already know exactly what the Pixel 7 and 7 Pro will look like.

Images released by Google show the firm is sticking with its unique camera bar that stretches across the rear of the device. Tucked inside this bump is a dual-lens camera on the Pixel 7 and a triple-lens snapper on the Pixel 7 Pro.

New colours such as Lemongrass and Hazel have also been confirmed along with a glossy glass rear case and striking gold edge finish on some models. Things we don’t yet know are official screen sizes, battery life specs, bonus extras such as fast charging and how much these updates are going to cost.

Full camera specifications are also being kept under wraps and there’s no word on exactly when they will be released. Google will, of course, reveal all soon but there are plenty of rumours circulating that both Pixel phones will have similar features to their predecessors. 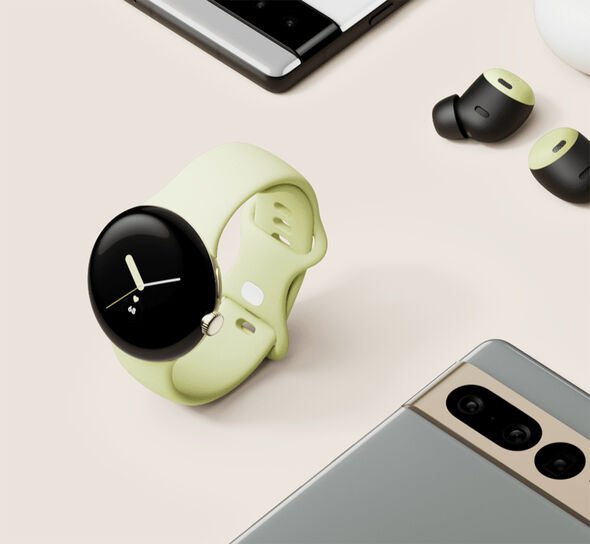 One leak, via tech expert Yogesh Brar, suggests the standard Pixel 7 will get a 6.3″ FHD+ OLED screen with a 90Hz screen. A 4,700mAh battery will be tucked inside along with stereo speakers and a 50-megapixel main camera.

The Pro version could come with a 6.7″ QHD+ OLED, 120Hz screen and much bigger 5,000mAh power pack. A main 50MP main camera will sit alongside an ultrawide sensor plus there could be a 48-megapixel telephoto lens for ultimate close-ups. There’s not long left until we discover the full list of features but phones won’t be the only thing on Google’s agenda.

The company is also expected to release its first-ever wearable which will simply be called the Pixel Watch. This tech timepiece uses Fitbit technology to track health and will offer all the usual notifications right on your wrist.

Images released by Google also show a design with a round face and a single button on the right side of the case.

Express.co.uk will be bringing you all the news from Google’s launch event so watch this space.