Amazon wants to watch you sleep: New $139 bedside gadget uses sensors and artificial intelligence to measure movements and breathing patterns to see if you got a good night’s rest

Amazon will soon watch you sleep with its new bedside device called Halo Rise that uses non-contact sensors and artificial intelligence to measure your movements and breathing patterns.

The $139 sleep device works by tracking room temperature, humidity and light, plus the breathing patterns of the person closest to it, with the goal of providing insight to why or why not the user had a good night’s rest.

Halo Rise is part of Amazon’s Halo line, which includes a fitness tracker that can track physical activity and sleeping patterns.

Just as it said with the launch of its wearable, Amazon is again ensuring users that the information in the Halo Rise device will be kept safe — saying the ‘health data is encrypted in transit and at rest in the cloud.’ 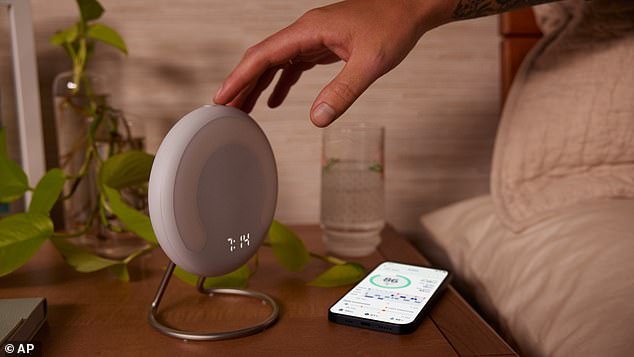 Amazon unveiled its Halo Rise Wednesday. This device measures movements and breathing patterns while you sleep

However, the company is known for collecting and keeping large swaths of user data – specifically about people’s homes that use its Roomba robotic vacuum.

‘We treat your palm signature just like other highly sensitive personal data and keep it safe using best-in-class technical and physical security controls,’ the company said on a website that provides information about the technology.

However, critics are still weary about the data Halo Rise and all of Amazon’s products collect on consumers.

‘It’s hard to think of another organization that has as many touch points as Amazon does to an individual,’ said Ian Greenblatt, who heads up tech research at the consumer research and data analytics firm J.D. Power.

‘It’s almost overwhelming, and it’s hard to put a finger on it.’ 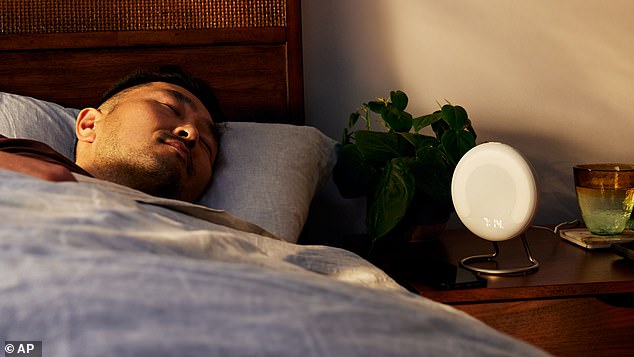 Like peers Apple Inc and Alphabet Inc’s Google, Amazon has invested in health-tracking technology for consumers, at times drawing regulatory scrutiny for sensitive information it aimed to collect, like body fat percentage via its fitness wristband called Halo.

Halo Rise is said to be similar to Amazon’s wearable, except users do not have to wear it while sleeping.

The device also doubles as an alarm clock with a wakeup light, which activates at a certain time based on your sleeping habits.

The circular sleeping gadget can pair with an Amazon Echo, allowing users to ask the smart assistant how they slept instead of relying on the companion app.

‘You also have the ability to use Halo Rise as part of a personalized Alexa Routine. For instance, when you get into bed, Alexa can automatically dim the lights in the bedroom, turn off the TV, and start a relaxing meditation,’ Amazon shared in a blog post announcing the device.

‘Additionally, you can ask Alexa to pull up your sleep data on Echo Show, with the last night’s sleep report viewable on the device’s display.’ 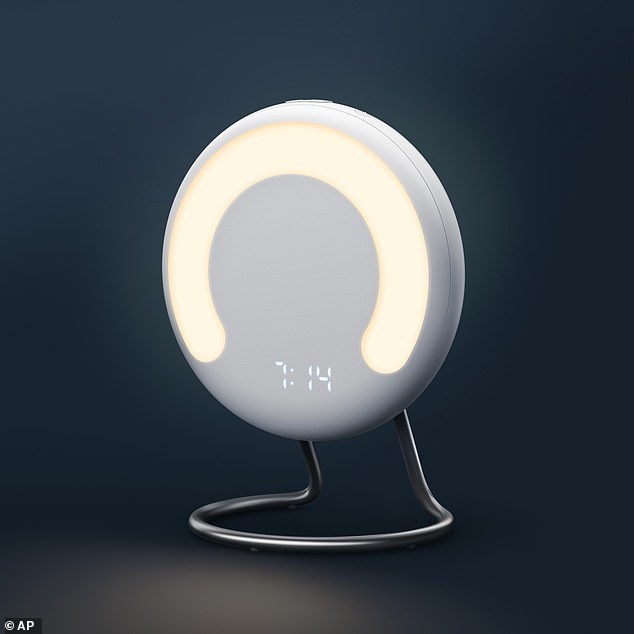 The device also doubles as an alarm clock with a wakeup light, which activates at a certain time based on your sleeping habits

Halo Rise is equipped with a sleep algorithm that was ‘trained and validated against overnight polysomnography—the clinical gold standard for sleep analysis,’ Amazon shared.

After you wake, you will receive a detailed sleep summary, including a graph showing time spent in each sleep phase—REM, light, and deep sleep—along with a sleep score and information about your sleep environment. All of which will be displayed in a companion app.

Melissa Cha, vice president of Amazon Smart Home and Health, said in a statement: ‘Quality sleep is an incredibly important factor in our overall health and well-being. In today’s busy world, getting more and better sleep is one of the areas that customers ask us about the most, which is why we’re tackling sleep head on.

‘Halo Rise is designed to work intelligently in the background and give you an entirely new and effortless way to manage your sleep and achieve sleep-life harmony.’