The Government has urged the public to keep watch for the Asian “predatory wasps” after bee experts confirmed the sighting of the terrifying insects in Essex. The Department for Environment, Food and Rural Affairs (DEFRA) warned on Wednesday that the “invasive species”, which was spotted in the Raleigh area of Essex, pose a threat to honeybees. But the authorities have stressed that Asian hornets do not cause any more harm to human health than regular wasps or hornets. DEFRA is still scrambling to take “swift and effective” action to stamp out the threat posed to “beneficial insects”, calling on Britons to keep an eye out.

Nicola Spence, DEFRA’s chief plant and bee health officer, said: “By ensuring we are alerted to possible sightings as early as possible, we can take swift and effective action to stamp out the threat posed by Asian hornets. That’s why we are working at speed to locate and investigate any nests in the area following this confirmed sighting.

“While the Asian hornet poses no greater risk to human health than other wasps or hornets, we recognise the damage they can cause to honey bee colonies and other beneficial insects.

“Please continue to look out for any Asian hornets and if you think you’ve spotted one, report your sighting through the Asian hornet app or online.”

The public has also been warned that it is crucial to take care not to approach or disturb a nest. Asian hornets are not typically not aggressive towards people, but the insects can potentially get riled up when they perceive a threat to their nest. 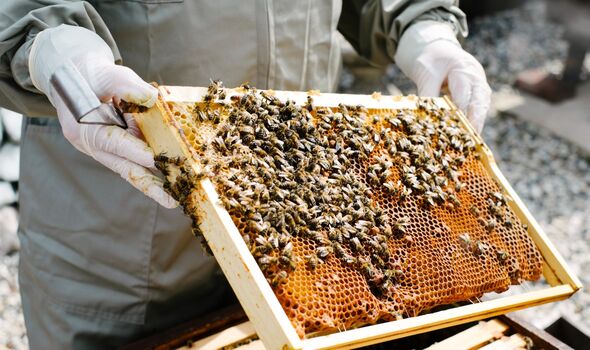 While Asian hornets are not native to the UK, this is not the first time the invasive insects have been spotted on British shores. According to DEFRA’s website, there have been a total of 22 confirmed sightings of Asian hornets since 2016, not including the most recent sighting this week.

Asian hornets appear much darker than other hornets and other types of wasps and have larger heads in relation to their body size compared to other wasps. They almost appear black, with dark patches across their abdomen on one half, and yellow patches on the other. They also have legs that transition from brown to yellow at the ends, and an orange face.

According to the GB Non-Native Species Secretariat (NNSS), the Asian hornet first  “arrived in France in 2004, where it spread rapidly” after it was thought to have arrived unknowingly on cargo. The species only later reached Britain in 2016, when a sighting was reported in Gloucestershire.

Sightings have since been recorded across the UK, including in Cornwall, Devon, Somerset, Dorset, Hampshire, Surrey, Kent, Staffordshire, Lancashire, Yorkshire and now Essex. 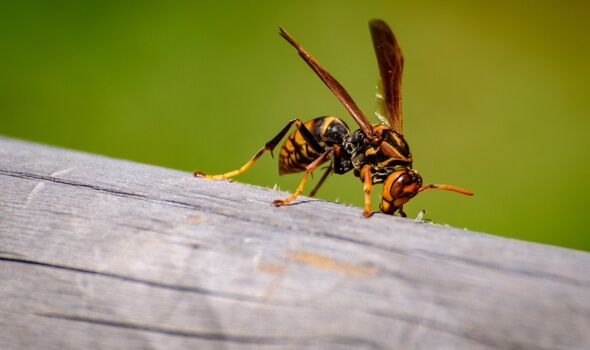 The NNSS warns that is important for any suspected sightings of this species to be reported as soon as possible as it is a “highly effective predator of insects, including honey bees and other beneficial species, which can cause significant losses to bee colonies, and potentially other native species”.

Certain parts of England and Wales, and around major ports, are areas of particular concern where it is crucial that people stay vigilant, especially between April and November when the Asian hornet is active (peak August/September). It is normally inactive in winter.

The insects are also known as yellow-legged hornets and are the largest members of the wasp family Vespidae. While most reported sightings turn out to in fact not be the Asian hornet, it has clearly been known to arrive and establish nests.

Dr Gavin Broad, a wasp expert at the Natural History Museum, says: “The issue is that they eat honeybees. They are specialised honeybee predators and beekeepers are concerned.

“The hornets raid honeybee hives by sitting outside them and capturing workers as they go in and out. They chop them up and feed the thorax to their young.”

DEFRA has been attempting to stop a nationwide Asian hornet invasion by eradicating individual Asian hornets and their nests, but there are fears that, if the species properly establishes itself in the UK, there will likely be very little that could be done about it.

Dr Broad is quoted on the Natural History Museum’s website saying: “At the moment we’re hoping people notice the nests early enough. Nests have been destroyed in Britain, but they’d probably do quite well if they got established. It’s a distinctive enough species that people notice it – but it only takes one queen for them to make it.”

If you suspect you have seen an Asian hornet, you should report this using the iPhone and Android app ‘Asian Hornet Watch’. Alternatively, email alertnonnative@ceh.ac.uk.