Archaeologists with the Israeli Antiquities Authority used a ladder to enter the square-shaped, man-made cave, which they said had lain untouched for some 3,300 years. The burial site contained dozens of pottery vessels in various forms and sizes, the team reported, along with a number of bronze artefacts. Among the artefacts were bowls — some painted red, some containing bones — as well as cooking pots, chalices, lamps and storage pots.

The grave goods buried in the cave also included weapons in the form of what appear to be bronze arrow- or spearheads.

The items would have been placed in the tomb to accompany its deceased occupant on their passage into the afterlife, the archaeologists said.

The corner of the cave contained two rectangular plots, within which the experts unearthed at least one relatively intact skeleton.

The discovery was announced to the world on Sunday. 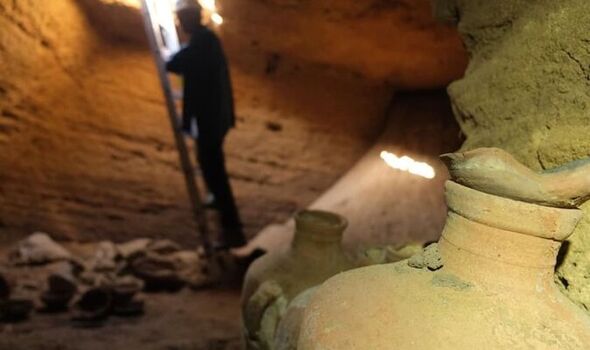 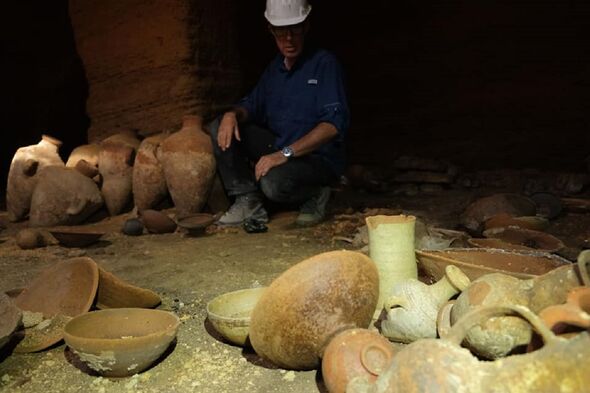 Bronze Age expert Dr Eli Yannai of the Israel Antiquities Authority said: “The fact that the cave was sealed, and not looted in later periods, will allow us to employ modern scientific methods […[ to retrieve much information from the artefacts and from the residues extant on the vessels, for example, organic remains that are not visible to the naked eye.

“The cave may furnish a complete picture of the Late Bronze Age funerary customs.”

The fact that the cave had remained sealed until now, he added, was “extremely rare” and made it a “once-in-a-lifetime discovery”.

Dr Yannai said: “Burial caves are rare as it is, and finding one that hasn’t been touched since it was first used 3,300 years ago is something you rarely ever find.

“It feels like something out of an Indiana Jones movie — just going into the ground and everything is just laying there as it was initially.” 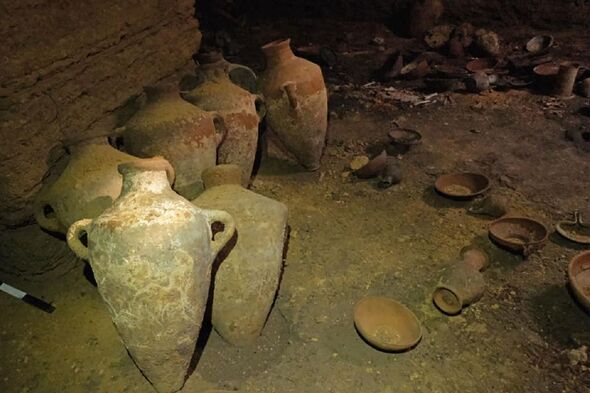 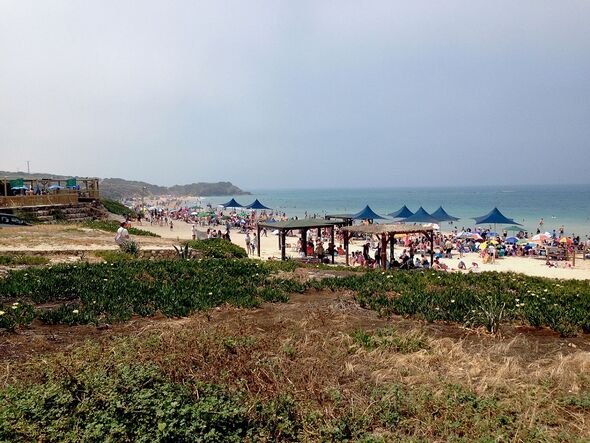 The site, Dr Yannai continued, contained “intact pottery vessels, weapons, vessels made out of bronze, burials just as they were.”

According to the Israel Antiquities Authority, the cave has now been resealed.

It is to remain under guard while archaeologists formulate a plan for its excavation.

Unfortunately, the authority noted, “a few items” had already been looted from the cave before it was sealed off again. 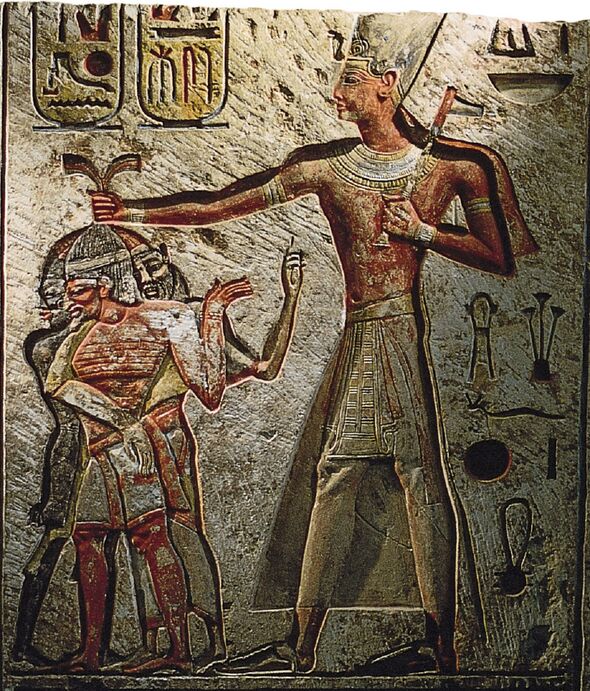 The archaeologists noted that the tomb dated back to the time of the Egyptian pharaoh Ramesses II, whose reign spanned from 1279–1213 BC.

He was one of the most celebrated pharaohs of ancient Egypt’s new Kingdom, known for his early focus on the construction of cities, monuments and temples — but also is associated with the Biblical Exodus from Egypt.

Ramesses II died around the age of 90 and was buried in a tomb in the Valley of the Kings. His remains are presently on display at the National Museum of Egyptian Civilization in Cairo.