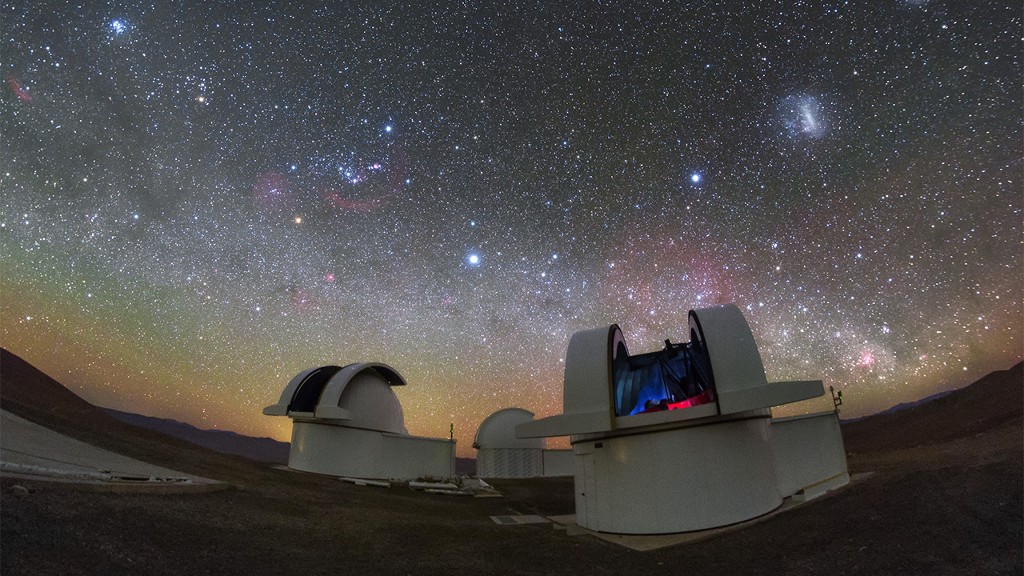 Scientists have discovered two ‘super-Earth’ type planets about 100 light-years from our Earth.

The two planets were found to be orbiting TOI-4306 or SPECULOOS-2, a small, cool star around which planets have been detected.

The discovery by an international team of scientists, led by astrophysicist Laetitia Delrez was published in the journal Astronomy & Astrophysics.

The first planet, LP 890-9b or TOI-4306b is the innermost in the system and was initially identified by Nasa’s Transiting Exoplanet Survey Satellite (TESS), a space mission dedicated to the search for exoplanets orbiting nearby stars.

The space agency’s newest space telescope, the Transiting Exoplanet Survey Satellite (TESS), has been built specifically to look for so-called exoplanets – those alien worlds outside of our solar system.

This planet, which is about 30% larger than the Earth, completes an orbit around the star in just 2.7 days.

The researchers at the University of Liège used their ground-based SPECULOOS (Search for habitable Planets EClipsing ULtra-cOOl Stars) telescopes to confirm and characterise this planet, and also to probe the system in depth for other planets that might have been ‘missed’ by TESS.

‘TESS searches for exoplanets using the transit method, by monitoring the brightness of thousands of stars simultaneously, looking for slight dimmings that could be caused by planets passing in front of their stars,’ explained Delrez.

‘However, a follow-up with ground-based telescopes is often necessary to confirm the planetary nature of the detected candidates and to refine the measurements of their sizes and orbital properties,’

This follow-up is particularly important in the case of very cold stars, such as LP 890-9, which emit most of their light in the near-infrared and for which TESS has a rather limited sensitivity.

In contrast, the telescopes of the SPECULOOS consortium are optimised to observe this type of star with high precision, thanks to cameras that are very sensitive in the near infrared.

‘The goal of SPECULOOS is to search for potentially habitable terrestrial planets transiting the smallest and coolest stars in the solar neighbourhood, such as the TRAPPIST-1 planetary system, which we discovered in 2016 thanks to a pilot project with our TRAPPIST-South telescope,’ said Michaël Gillon, principal investigator of the SPECULOOS project.

Such planets are particularly well suited to detailed studies of their atmospheres for possible traces of life with large observatories like Nasa’s James Webb telescope.

The observations of LP 890-9 have not only helped to confirm the first planet, but have also made it possible to detect a second, previously unknown one.

This second planet, SPECULOOS-2c, is similar in size to the first one and about 40% larger than the Earth but has a longer orbital period of about 8.5 days, placing it in a ‘habitable zone’ around its star.

‘Although this planet orbits very close to its star, at a distance about 10 times shorter than that of Mercury around our Sun, the amount of stellar irradiation it receives is still low, and could allow the presence of liquid water on the planet’s surface, provided it has a sufficient atmosphere,’ said Francisco J. Pozuelos, one of the main co-authors of the paper.

‘This is because the star LP 890-9 is about 6.5 times smaller than the Sun and has a surface temperature half that of our star. This explains why LP 890-9c, despite being much closer to its star than the Earth is to the Sun, could still have conditions that are suitable for life,’

LP 890-9c is the second most favourable target among the potentially habitable terrestrial planets to be studied bt the James Webb telescope.