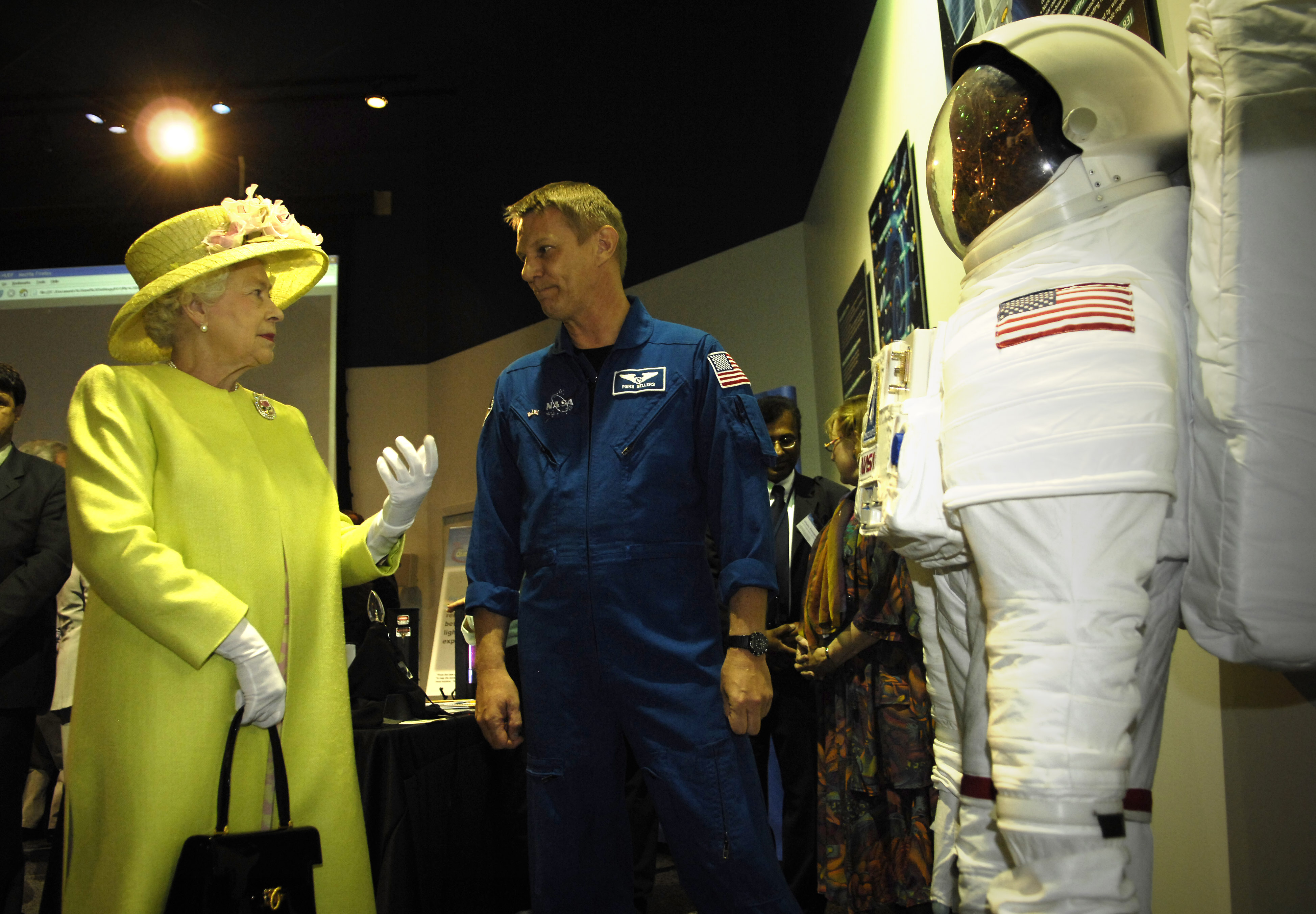 Queen Elizabeth’s reign encompassed all of human spaceflight and her death has been marked by agencies and astronauts around the world.

Voyager 1, the furthest man-made object from planet Earth was planned, launched, visited Jupiter and Saturn and left the solar system all during Queen Elizabeth’s reign.

It’s so far away right now (14.6 billion miles) it will not be informed of King Charles III succession to the throne until tomorrow.

Nasa, which built and launched Voyager 1 in 1977, paid its own tribute to Her Majesty.

‘Queen Elizabeth II’s reign spanned all of spaceflight, predating both Sputnik and Explorer 1,’ the agency tweeted.

‘As we join the planet in marking her passing, we are moved by the curiosity Her Royal Highness showed our explorers over the years,” Nasa officials said.

The Queen’s message to the moon

In 1969, as part of the Apollo 11 mission, Nasa invited 72 international heads of state to send a message along with the mission to the moon’s surface.

At first, the Queen was reluctant to offer a message for what she thought was ‘a gimmick’, according to the National Archives.

However, the Queen’s private secretary at the time, Michael Adeane, convinced her to proceed.

Writing on Buckingham Palace headed notepaper, he recorded the Queen had approved the message, adding: ‘Her Majesty agrees that this idea is a gimmick and it is not the sort of thing she much enjoys doing but she certainly would not wish to appear churlish by refusing an invitation which is so obviously well intentioned.’

The Queen’s message was carried on a tiny disc by Neil Armstrong and Buzz Aldrin to the moon on 21st July, 1969.

She had written: ‘On behalf of the British people, I salute the skills and courage which have brought man to the moon. May this endeavour increase the knowledge and well-being of mankind.’