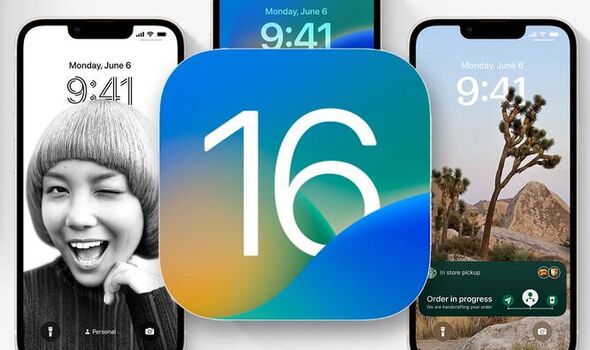 Apple has revealed a swathe of new devices with the iPhone 14 and iPhone 14 Pro going on sale next week. These devices include spaced-aged satellite technology, better cameras and more power. They are impressive upgrades but if you’re simply not interested in switching to a brand new smartphone then don’t panic. The US company has also confirmed when its blockbuster iOS 16 free update is being released and there’s not long to wait.

This new operating system will be pushed out to most iPhone users on September 12, and it comes packed with features that will make old devices feel like new. Perhaps the biggest change is a totally refreshed Lock Screen which has been completely revamped to make it far more customisable.

Once iOS 16 is installed, you’ll be able to tweak the colours, fonts and styles.

If you get bored of looking at the same image all day, Apple has added the option to automatically shuffle photos so you’ll get a different look in the evening compared to when you wake up.

There’s also the option to add widgets so you can check the weather or football scores without unlocking the device. 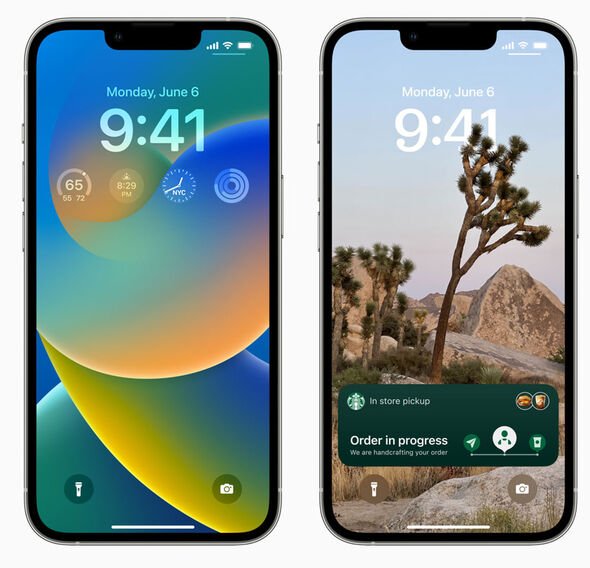 It’s not just about the Lock Screen though with Apple also bringing improved messaging to iOS 16 with users now able to edit texts after they’ve been sent.

That means any embarrassing typos can be quickly changed with users getting 15 minutes to make any edits.

Along with full editing, there will also be the option to undo a sent message and recall it completely.

There’s a whole swathe of useful benefits arriving in iOS 16 including the option to use the Fitness app even if you don’t own an Apple Watch and there’s the ability to track medication. With iOS 16 you can add all of the tablets you take to the Health app with reminders then popping up when they are due to be taken.

Apple has long offered iPhone users numerous focus settings which shut off certain services during the day to help them concentrate. Now things are getting more advanced in iOS 16. Once installed, users will be able to have a Focus turn on automatically at a set time or location or while using a certain app.

So, will your iPhone be compatible with iOS 16?

Sadly, iOS 16 isn’t going to work on all iPhones currently running iOS 15. Apple has confirmed that a number of devices are losing support for this upgrade including the original iPhone SE, iPhone 6 and iPhone 7.

Here’s the full list of iPhones that WON’T work with iOS 16.

Speaking about the upcoming release, Craig Federighi, Apple’s senior vice president of Software Engineering. “iOS 16 is a big release with updates that will change the way you experience iPhone.”

“We have reimagined how the Lock Screen looks and works with exciting new features that make it more personal and helpful, introduced iCloud Shared Photo Library for families, streamlined communication through new capabilities in Messages and Mail, and harnessed enhanced intelligence with updates to Live Text and Visual Look Up.”