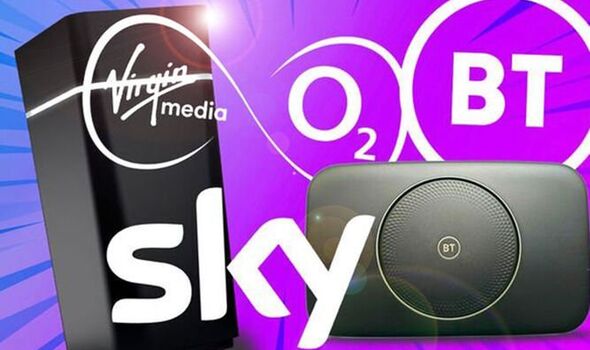 UK broadband firm Hyperoptic is trying to tempt users away from their current Internet Service Provider (ISP) with the launch of a new incentive that offers up to nine months of free internet access. This deal is aimed at helping those who are currently locked into expensive contracts with their ISP to cut down on those monthly outgoings with Hyperoptic saying it could save consumers over £160.

As you might be aware, almost all providers will charge a hefty fee for leaving a deal early but that penalty will be offset thanks to not having to a pay penny to use Hyperoptic’s service.

For example, BT charges £153 when a customer wants to leave before their contract has ended but with some paying around £35 per month for their plan there’s actually a big saving to be made even with that fee.

Here’s how the calculation works out when switching to Hyperoptic’s free incentive.

A BT customer paying £35 per month will spend £315 over nine months. If they switch, their broadband will be free for that period. If you take that total bill and minus the penalty the saving is actually £162.

Those not wanting to pay a big charge to leave can also simply run the two contracts together meaning they will probably get faster speeds without forking out higher fees.

Unlike most providers, Hyperoptic also promises that it won’t put up prices during the term of the new deal which means customers always know exactly what they are paying.

Sadly, there is one slight elephant in the room when it comes to Hyperoptic’s broadband as it’s not available across the whole of the UK.

Its infrastructure is improving but it’s a long way off competing with the likes of BT, Sky and Virgin Media who have most of Britain covered with an internet connection.

If you do have this service available in your area and you want to leave your current supplier then it’s certainly worth considering as this ISP’s prices are hugely competitive.

For example, the firm is currently offering 150Mbps speeds for just £20 per month and there are even ultrafast Gig1 downloads for just £35.

Speaking about the new initiative, Hyperoptic CEO Dana Tobak said: “This is a ground-breaking move, unprecedented in the world of broadband, but people all across the UK need this support right now. We honestly believe that it’s the right of every household in the country to have fast, reliable, and affordable broadband.

“No one should be held captive by a contract for an overpriced, underwhelming service. That’s why we’re offering Hyperoptic’s full fibre broadband free, helping people switch immediately to avoid massive price rises and make significant savings – typically as much as £160, but often a lot more.”