The idea may seem a little unlikely, but the prefabricated, ultra-light nature of such a concept would actually make them ideally suited for shipment to and installation on the Moon. The lunar base concept comes from Thomas Herzig and his colleagues at Vienna, Austria-based inflatable structures specialist Pneumocell. The firm has undertaken a system study of the design on behalf of the European Space Agency (ESA), who commissioned it as part of their “Open Space Innovation Platform”.

According to the ESA, the inflatable bases — made up of a collection of doughnut-shaped habitats — would be “sited beside the lunar poles in regions of near-perpetual solar illumination.

“Once inflated, these habitats would be buried under 4-5 metres [13–16 feet] of lunar regolith for radiation and micrometeorite protection.

“Above each habitat a truss holding a mirror membrane would be erected, designed to rotate to follow the Sun through the sky.

“Sunlight from the mirror would be directed down through an artificial crater, from which another cone-shaped mirror reflects it into the surrounding greenhouse.” 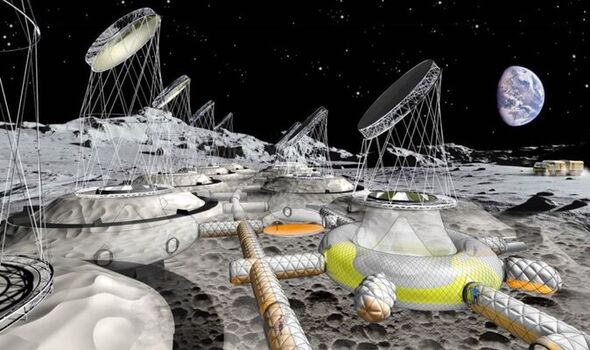 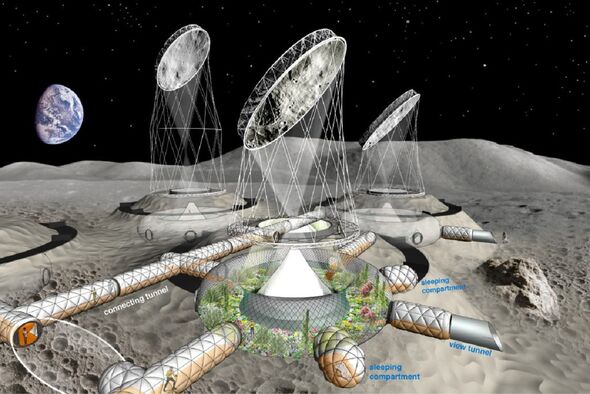 The design could easily be delivered to the Moon, Pneumocell said.

The researchers explained: “We checked which of the existing or planned spaceships could be used to transport the material and astronauts to the lunar site.

“The low weight and the modular structure of the components are a large advantage compared to other proposals.

“The SpaceX Starship would clearly be able to transport the necessary components to the Moon.

“Our concept could also be realised with the help of smaller rockets like the Ariane-64, in combination with the planned European Large Logistics Lander.

“The planned Lunar Gateway is not absolutely necessary to realise our moon habitat concept, but in case it is being built, it can also be a part of the mission.” 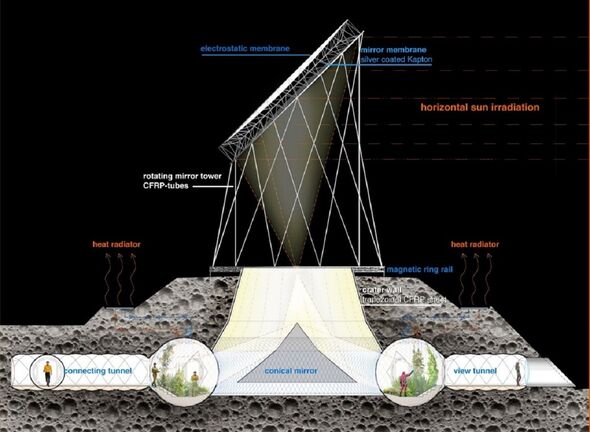 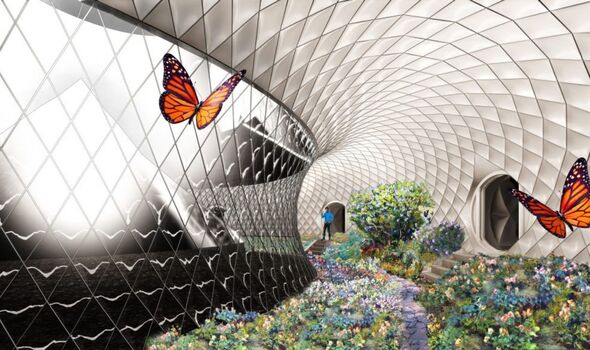 Alongside allowing access to areas of continuous sunlight for power-generating, illumination and agricultural purposes, locating the base near the lunar pole has other advantages.

The team explained: “Additionally, the ability to mine ice is another good reason to build a habitat near the poles.

“There are permanently shadowed regions on the pole caps where the temperature never rises above 200 degrees Kelvin [-100F/-73C].”

Here, they explained “Water ice never could sublime [turn to vapour] in the vacuum”.

Water ice is coveted because it could be broken down into its oxygen and hydrogen components in order to provide both life-sustaining air and potential fuel. 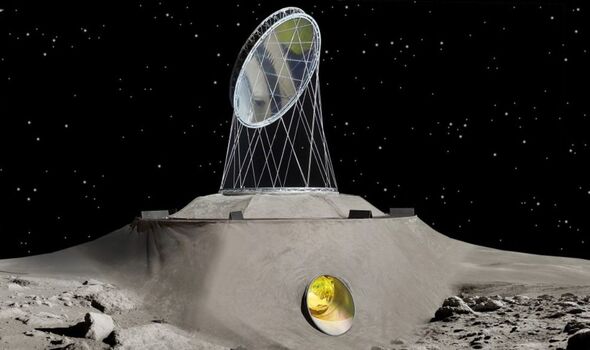 Pneumocell’s research team concluded: “A logical continuation of this study would be to build a prototype on earth.

This, they explained, could be “used to investigate various details of the suggested components in more detail.

“Examples are: the performance of the electrostatic mirror foils, the life cycle inside the greenhouses, or the material properties of the inflatable foils and the transparent foil through which the solar illumination enters the greenhouse.”

The full findings of the study were published on the ESA’s Nebula Public Library website.