Artemis I gets a ‘go’ for Saturday: 400,000 spectators are set to flood the Florida coast for a chance to watch the first phase of putting humans back on the moon launch

More than 400,000 people could see history in the making, as NASA announced it Artemis I is ‘go’ for launch on Saturday – the agency’s second attempt after the first was scrubbed on Monday.

NASA proudly shared in a Friday pre-launch briefing that the final core state and engine preparations are complete and weather conditions look 60 percent favorable for the launch window that opens at 2:17pm ET and then 80 percent before it closes two hours later.

Monday saw a last-minute scrub due to a reading from a ‘bad’ sensor that disappointed the 200,000 spectators around Kennedy Space Center who were before sunrise to see the launch.

NASA shared that such incorrect information will simply be ignored in the future. 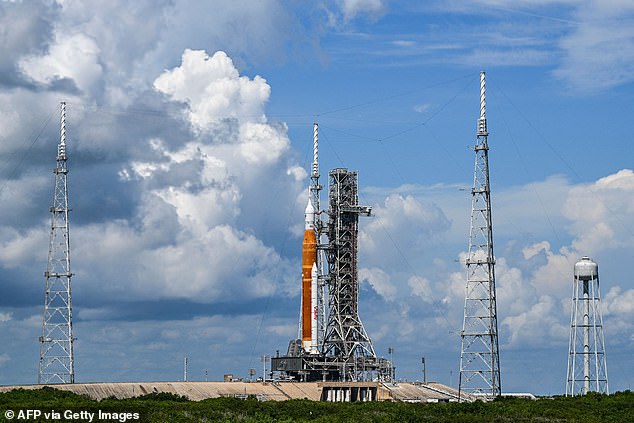 The Space Launch System (SLS) rocket and Orion spacecraft are currently sitting on Launchpad 39B at Kennedy Space Center in Florida awaiting its second chance for a maiden flight.

If the mission goes ahead Saturday, the Orion capsule fixed atop the rocket will spend 37 days in space, orbiting the Moon from about 60 miles away.

Live coverage of the epic Artemis I launch starts at 5:45am, which will begin with checks and procedures as the countdown carries on.

Teams will adjust the procedures to chill down the engines, also called the kick start bleed test, about 30 to 45 minutes earlier in the countdown during the liquid hydrogen fast fill phase for the core stage. 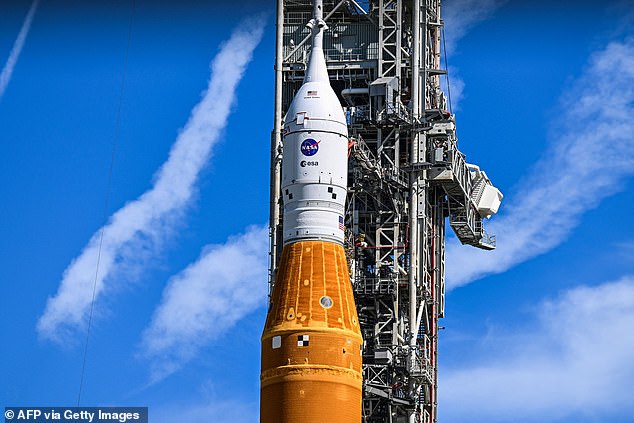 NASA proudly shared in a Friday pre-launch briefing that the final core state and engine preparations are complete and weather conditions look 60 percent favorable for the launch window that opens at 2:17pm ET and then 80 percent before it closes two hours later 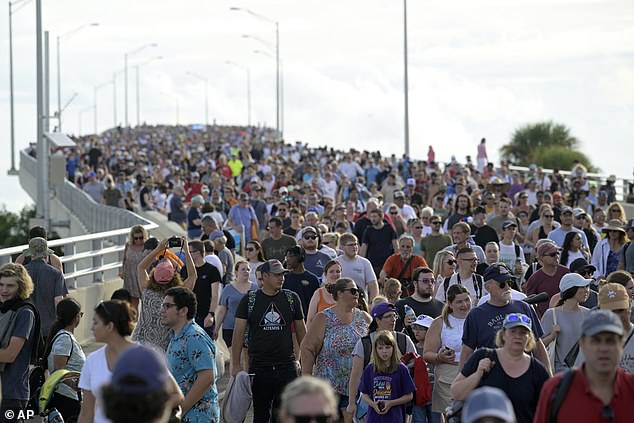 Approximately 400,000 people are expected to watch the launch from the Florida coast, which is 200,000 more than what was present on Monday (pictured)

This will allow for additional time to cool the engines to appropriate temperatures for launch.

The team is concerned about Engine 3, although the issue came from a faulty reading, and another is a crack in the foam of the core stage intertank that was spotted during the Monday event.

This deformity could break apart and hit part of the solid rocket booster, but Sarafin assured the public that he and his team feel the chances of this happening are very low.

It’s ‘a marginal increase in risk,’ Sarafin said, but ‘we are clearly ready to fly.’

‘We had a plan going into the August 29th launch attempt. It used the sensors to help confirm the proper thermal conditioning of the engines. We had trained that plan, and then we ran into other issues,’ he continued.

‘We were off the script in terms of the normal tanking operation, and the team did a fantastic job working through the managing of a hazardous condition. One of the worst things that you can do when you find yourself in a hazardous condition is just go even further off script.’ 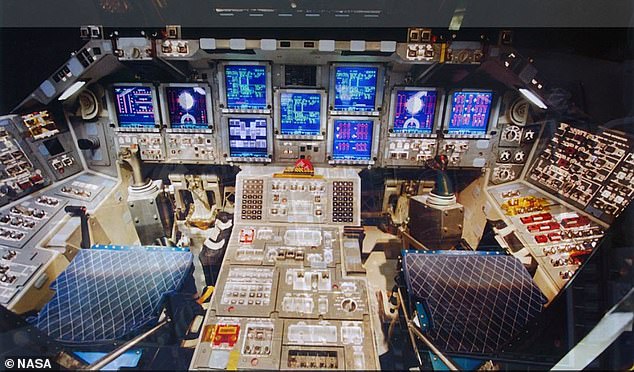 The Orion capsule (pictured is the inside) will be uncrewed when it soars through space. This mission is to ensure the safety of the technology before allowing humans to launch inside 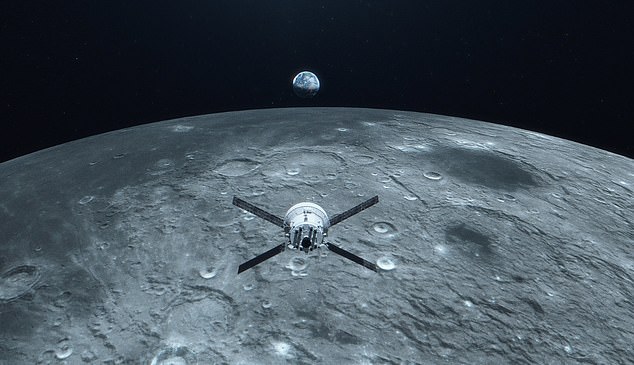 If the mission goes ahead Saturday, the Orion capsule fixed atop the rocket will spend 37 days in space, orbiting the Moon from about 60 miles away

The plan on Saturday is to ignore readings from the bad sensor and push forward with the mission.

John Blevins, SLS chief engineer, said Thursday night that the automated launching sequencer on the rocket checks the temperature, pressure and other parameters.

And because the faulty sensor is not part of the sequencer, it is not considered a flight instrument, Blevins explained.

If all goes to plan after the launch, another flight is expected to follow in 2024 – this time with astronauts on board – before human boots once again grace the lunar surface a year later as part of NASA’s ambitious $93 billion Artemis program.

It has been half a century since people last walked on the moon in December 1972 — with over half of the world’s population having never witnessed a lunar landing.

If for any reason NASA misses the launch window on Saturday, the last backup date is September 5.

The Orion capsule is uncrewed, but i hosing three test dummies inside that are designed to test how humans will fare in the rocket, space and during the splashdown in the Pacific in October.

The journey will take around a week and Orion will get as close as 60 miles from the lunar surface before firing its thrusters to move into orbit up to 40,000 miles away.

This will break Apollo 13’s record for the furthest distance a spacecraft designed for humans has travelled from Earth.

And the capsule’s return trip to Earth will last from days 35 to 42 of the mission, before splashdown occurs on day 43.

Artemis I is designed to show that the SLS rocket and Orion capsule are ready to carry astronauts for Artemis II, and ultimately the Artemis III mission to return humans to the moon.