Twitter is launching an edit button for the first time, after years of debate both internally and externally as to whether such a feature was a good idea for a product known for making posts go viral.

The edit feature will soon be available to users who pay $US4.99 ($7.35) per month for a subscription to Twitter Blue, a service available to users in the US, Canada, Australia, and New Zealand. Edit Tweet, as the feature will be called, will let users make changes to their tweet for up to 30 minutes after it’s originally published. Tweets that are edited will carry a label, and others on Twitter will be able to click on the label to see prior versions of the post. 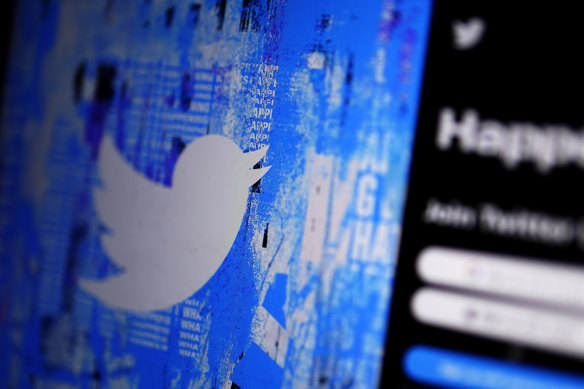 Twitter hinted that the edit feature would eventually be rolled out to all users.Credit:AP

Twitter said it’s testing the edit feature with a small group of users so it can identify and resolve potential issues. The edit button will then roll out to Twitter Blue users in the coming weeks.

“This includes how people might misuse the feature,” the company said in a blog post. “You can never be too careful.”

Twitter hinted that the edit feature would eventually be rolled out to all users. Testing helps the company understand how it impacts the way people use Twitter “as well as plan for and anticipate what might happen if we bring it to everyone,” spokeswoman Stephanie Cortez said.

The time limit and version history play an important role, Twitter said. “They help protect the integrity of the conversation and create a publicly accessible record of what was said.”

Twitter has debated the pros and cons of an edit button for years, with some worried that it will be abused by people hoping to go viral, only to change the content of a message after it’s been retweeted. Former CEO Jack Dorsey said as recently as January 2020 that an edit button was highly unlikely, but it was so widely requested that the company never made a definitive call on whether it would launch something.

That debate snowballed earlier this year when Tesla CEO Elon Musk took a large ownership stake in the company, then polled his followers on whether they wanted an edit button. The majority of those who voted said yes. Twitter quickly confirmed it was already testing the feature internally, and in an apparent effort to distance the project from Musk’s influence, clarified that it started work on an edit button before Musk’s poll.

Musk offered to buy Twitter for $US44 billion ($65 billion) with the promise that his ownership would bring big changes to the service. He has since attempted to back out of the deal citing concerns about fake accounts and whistleblower allegations of poor cybersecurity, setting the stage for a bruising legal battle over whether he has to go through with the purchase.