The unusual phenomena were spotted above the Atacama Desert from the European Southern Observatory (ESO)’s La Silla Observatory. Red sprites — sometimes known as “upper–atmosphere lightning” — are large-scale electrical discharges that can occur high above thunderstorm clouds, typically at an altitude of around 31–56 miles up. While the exact cause of the phenomena is unknown, they are believed to be associated with the discharge of positive lightning between the underlying underground and the ground.

Red sprites were first photographically documented by accident by researchers at the University of Minnesota back in 1989.

Since then, they have been captured in images taken from the ground, the air — and even from the International Space Station (ISS).

They have also been blamed for otherwise inexplicable accidents that have struck high-altitude vehicles operating above thunderstorms.

In one such incident, for example, a NASA stratospheric balloon unexpectedly released its payload over Graham, Texas, while flying some 120,000 feet above a thunderstorm.

The investigation into the incident concluded that a “bolt of lightning” travelling upwards from the storm clouds was responsible for the incident — with experts retrospectively linking the accident to the red sprite phenomenon. 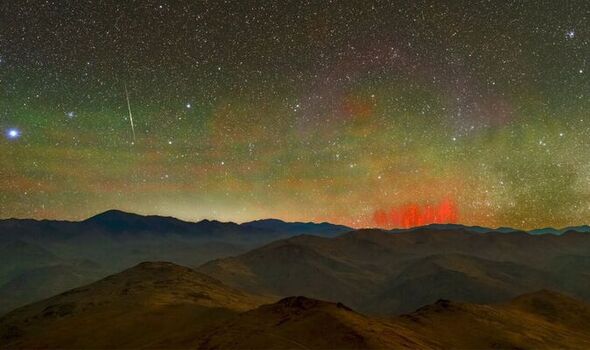 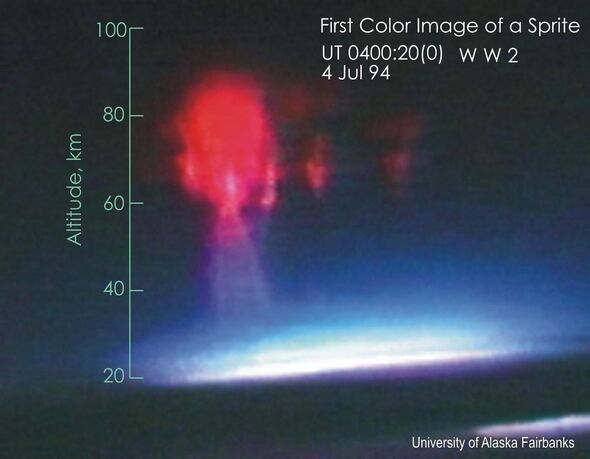 In the stunning new ESO image — which might as well be an oil painting — the red sprites can be seen appearing low above the horizon.

Behind the sprites can be seen a broad green colouration known as an airglow, a phenomenon which can typically only be seen in very dark skies, in areas where there is no light pollution to drown it out.

According to the experts, sunlight during the day knocks electrons from nitrogen and oxygen atoms and molecules in the atmosphere.

At night, these elections recombine with their original hosts, causing them to shine. 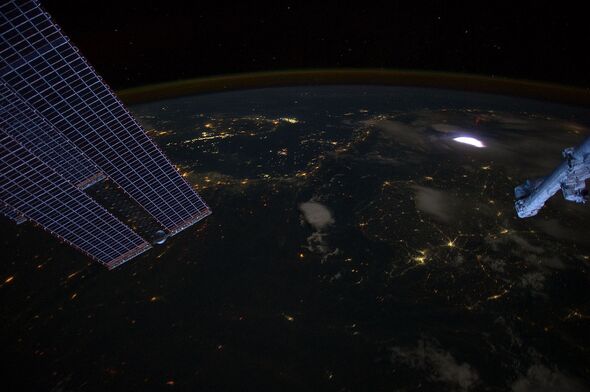 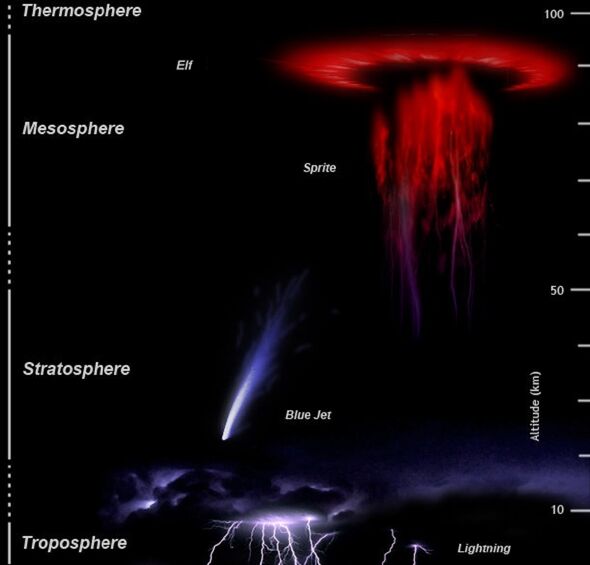 The ESO, however, does not have the monopoly on stunning images of red and green atmospheric phenomena this month.

NASA have released a stunning image of the aurora australis — the “southern lights” — as seen from the ISS.

As NASA explained: “The vibrant displays of light around Earth’s North and South Poles are caused by the interaction of solar particles, ejected by the Sun, and our planet’s protective magnetic field.”

“Most of the time these interactions are relatively limited and go unnoticed by us on Earth.” 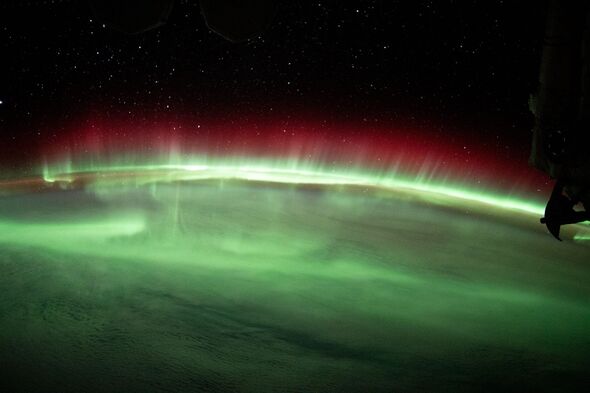 An exception, they explained, can come during large solar storms known as coronal mass ejections (CMEs).

During a CME, NASA said, “the Sun spews large bubbles of electrified gas which collide with our magnetic field at its North and South Poles and enter our atmosphere.

“Once in the atmosphere, these energised solar particles collide with atmospheric gases resulting in beautiful displays of light.

“When solar particles collide with atmospheric oxygen they give off rich red and green.”