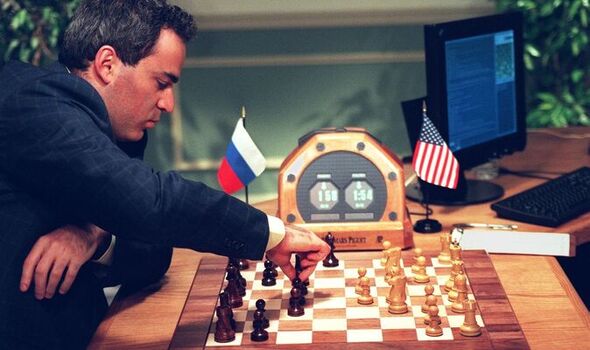 The former world champion’s teammates said he “psyched himself out” into thinking the machine, called Deep Blue, was making moves beyond human comprehension. In fact it was making bad decisions caused by a human error in its programming. The Soviet grandmaster became exhausted and gave up a game which could have been a draw.

The seminal moment in AI and chess history is revisited today in Radio 4’s The Reunion which brings together Kasparov’s teammates and the creators of the Deep Blue engine who went into battle in 1997 to test the limits of human and artificial intelligence.

Kasparov, now 59, won the first of the six-match series, but quit the second – accusing the IBM team behind Deep Blue of secretly enlisting a human grandmaster.

It so happened that the computer played in the style of his great rival Anatoly Karpov, say experts.Kasparov drew the next three, before losing in the sixth.

It later emerged that he could have held to a tie in the second game but he played the rest of the series “in anger”, his adviser Frederic Friedel said.

The morning after, Kasparov’s teammate Yuri Dokhoian explained he could have drawn and “Garry looked at all of us and he saw we all knew it and he stood petrified there and the reason he had given up the game, resigned, was the first game, because in the first game he believed it had seen something so deep it played a suboptimum move in the end, something humans could never see,” Friedel added.

Joel Benjamin, IBM’s grandmaster consultant, said: “The move that really frightened Kasparov, was the bug, that was the thing that it wasn’t supposed to do. So it’s very bizarre that the computer freaking out actually helped us.”

Joel, who hit back after Kasparov accused IBM of cheating, added: “Kasparov did not shake my hand for 20 years after that.”

Match commentator and grandmaster Maurice Ashley, said: “In the game itself he was so summarily outplayed and the greatest nemesis of Kasparov at the time was Anatoly Karpov and it was in Karpov’s style.”

Teammate Malcolm Pein added: “A chess game has been described between two humans as an exchange of energy and Garry tended to feast on that sense of his dominance or the energy he was giving out.

“But his energy was just going into the air.”