The UK has dealt a major blow to Putin’s war efforts by handed Ukraine six underwater drones and training Ukrainian soldiers on using them to clear their coastline of Russian mines. After training Ukrainian personnel in the UK, these mine-clearing vehicles will be sent to Ukraine to destroy Russian mines that have threatened Kyiv’s food exports.

Three of these drones will be provided from the Navy’s own supplies, while a further three will be purchased from industry, according to the Ministry of Defence.

These lightweight autonomous vehicles are designed for use in shallow coastal environments, which means they operate effectively at depths of up to 100m.

These drones can detect, locate and identify mines using an array of sensors, allowing the Ukrainian Navy can destroy them for safe passage.

This is critical breakthrough in tackling the global food crisis as these drones could ensure safe passage for Ukrainian ships looking to export grains around the world. 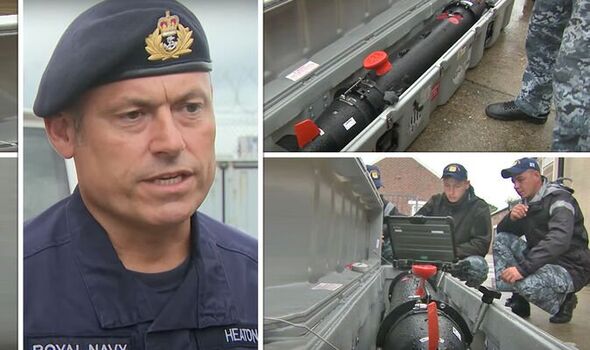 Over the past six months, Putin’s forces have wrecked havoc on the global food supplies, by destroying Ukrainian agriculture and blockaging the country’s Black Sea ports from exporting goods.

This has led to food prices skyrocketing around the world, as Ukraine is a major exporter of sunflower oil, wheat, and corn.