Martian rocks that were once under water and could contain evidence of alien life have been collected by NASA’s Perseverance rover.

The ancient samples have been stored by the car-sized robot with the intention of returning them to Earth some time in the early 2030s.

Scientists said they had been altered by water that flowed over the Red Planet when it was a waterworld and may have supported life billions of years ago.

Professor Amy Williams, of the University of Florida, said: ‘We have organisms on Earth that live in very similar kinds of rocks.

‘And the aqueous alteration of the minerals has the potential to record biosignatures.’

The recovery of such samples is the first step in scientists’ quest to establish if Mars ever hosted life.

They were found on the floor of the Jezero Crater, where a large river delta once flowed into a lake. 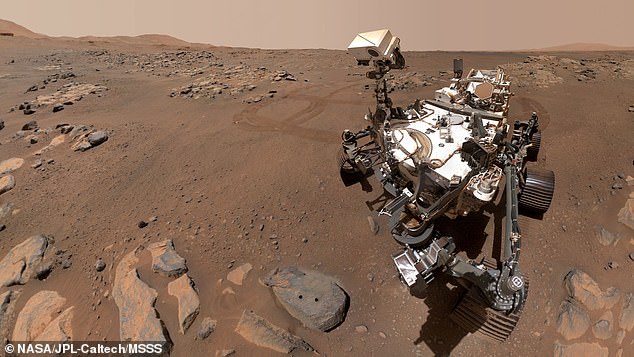 Discovery: Martian rocks that were once under water and could contain evidence of alien life have been collected by NASA’s Perseverance rover (pictured) 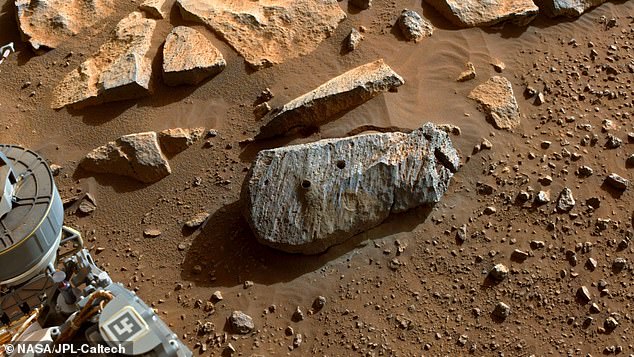 The recovery of such rock samples is the first step in scientists’ quest to establish if Mars ever hosted life. This image shows the holes from the first successful sample taken by the rover

Etched into the rock are canyons created by raging rivers bigger than the Nile.

Valles Marineris, or Mariner Valley, is a vast canyon system that is six miles deep, 150 miles wide and runs along the Martian equator.

On Earth it would stretch from Los Angeles to New York, making it the longest canyon in the solar system.

Prof Williams said: ‘These kinds of environments on Earth are places where life thrives.

‘The goal of exploring the Jezero delta and crater is to look in these once-habitable environments for rocks that might contain evidence of ancient life.’

She is one of the long-term planners for the mission and helps decide where to send the rover and what tests and samples to prioritise.

Perserverance is equipped with a drill that bores into the sediment to collect potential evidence of fossilised microbes.

The rover is currently surveying the river delta to collect more samples for the Mars Sample Return mission.

Led by NASA’s Jet Propulsion Laboratory, Perseverance landed at the bottom of the Jezero crater in February 2021.

Since then, scientists have explored the geological makeup of the crater floor using a suite of tools on board the rover that can take pictures of and analyse the chemical composition of rocks, as well as see their structure in the subsurface.

The US team discovered that the crater floor had eroded more than they expected.

The erosion exposed a crater made up of rocks formed from lava and magma, known as igneous rocks.

They also show evidence of having been altered by water.

‘From a sampling perspective, this is huge,’ said David Shuster, a professor of earth and planetary science at the University of California, Berkeley.

‘The fact that we have evidence of aqueous alteration of igneous rocks — those are the ingredients that people are very excited about, with regard to understanding environmental conditions that could potentially have supported life at some point after these rocks were formed.’

Perseverance project scientist Kenneth Farley, of Caltech, added: ‘One great value of the igneous rocks we collected is that they will tell us about when the lake was present in Jezero.

‘We know it was there more recently than the igneous crater floor rocks formed.

‘This will address some major questions: When was Mars’ climate conducive to lakes and rivers on the planet’s surface? And when did it change to the very cold and dry conditions we see today?’ 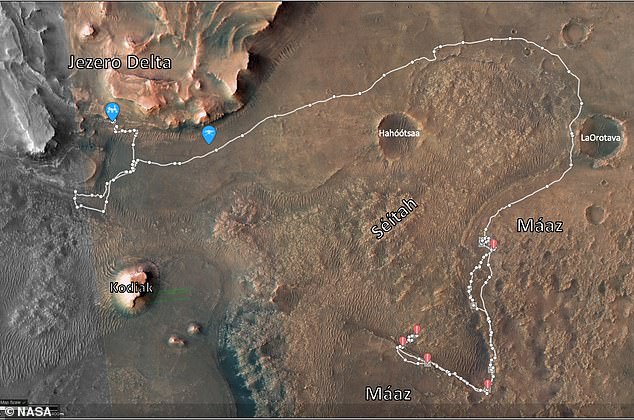 Since Perseverance landed in Jezero Crater in February 2021, it has rolled around the margins of an area called Séítah. Red points indicate crater floor sampling locations, while blue points show the current locations of the rover and Ingenuity helicopter 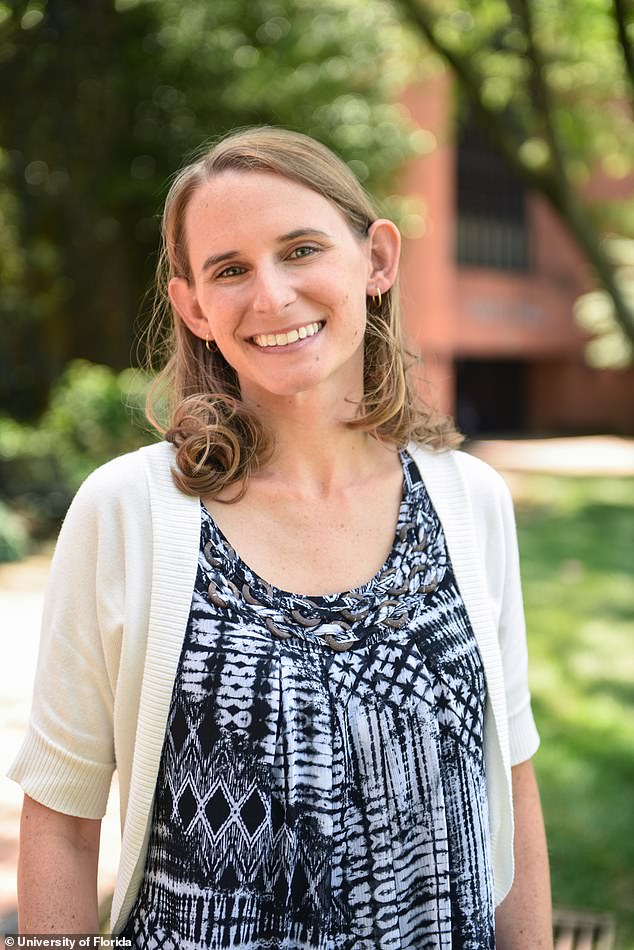 Professor Amy Williams (pictured), of the University of Florida, said of the rock samples collected on Mars: ‘We have organisms on Earth that live in very similar kinds of rocks’

NASA and the European Space Agency are planning to return the rock samples to Earth around 2033.

The ambitious plan requires building the first vehicle that can launch from the surface of Mars and rendezvous with an orbiter that ferries the samples back to Earth.

The payoff for that herculean task will be highly detailed studies of the rock samples that cannot be performed on the rover, including measuring the age of the rocks and looking for signs of ancient life.

Because the rock samples taken at the bottom of the crater likely predate the river delta, dating these rocks will provide important information about the age of the lake.

Prof Williams added: ‘I am excited about what is coming next.’

The rocks from Perseverance’s exploration of the crater floor are described in the journal Science.