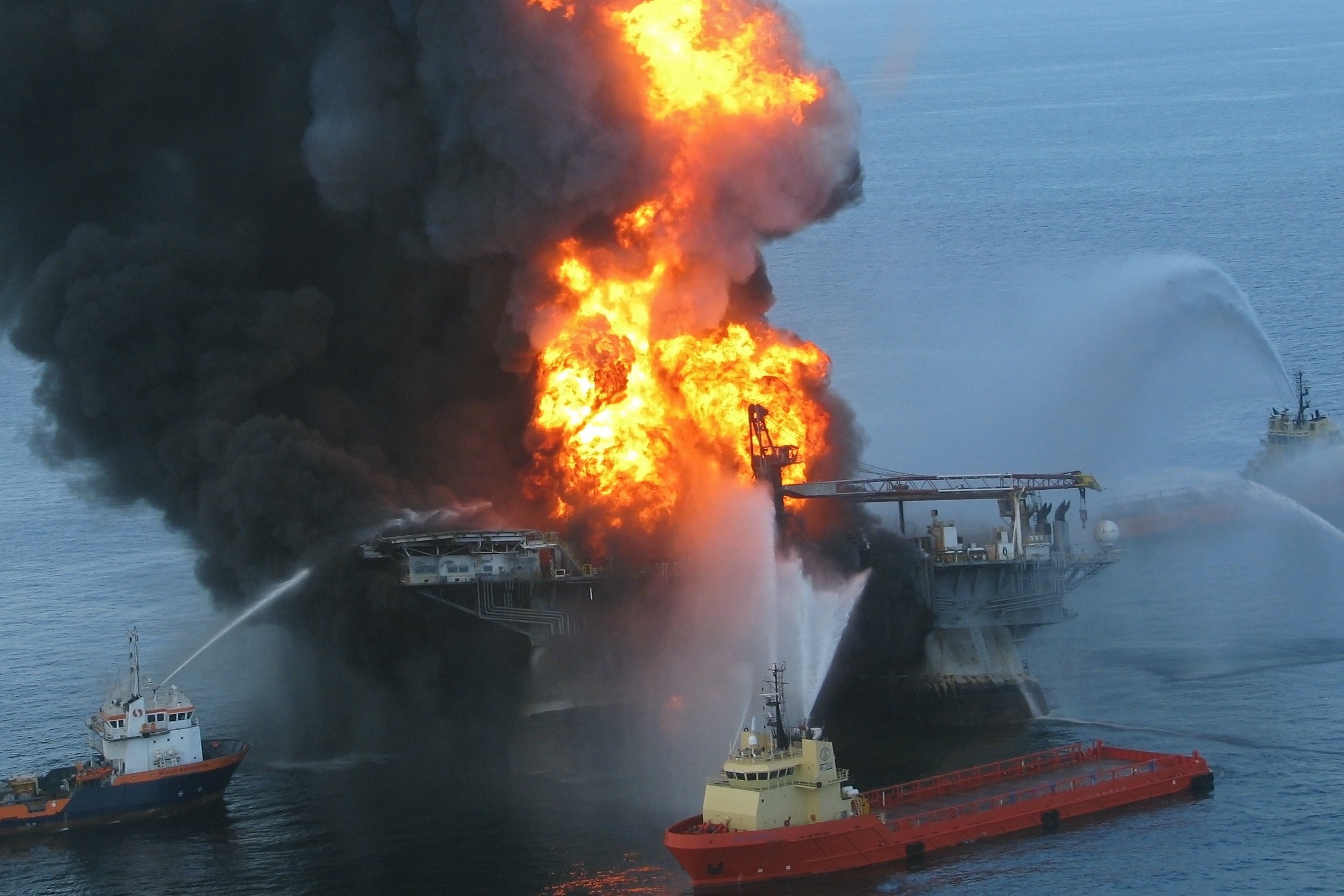 The Deepwater Horizon disaster is still harming dolphins – more than a decade after the disaster, reveals new research.

It could explain adverse health impacts in bottlenose dolphins. They range from impaired stress response to reproduction, lung, heart and immune function problems.

Study lead author Jeanine Morey, of the National Marine Mammal Foundation in the US, said: ‘These conditions were primarily diagnosed through hands-on veterinary examinations and analysis of standard diagnostic panels.

The findings, published in the journal PLoS One, are based on 76 individuals tested before being released back into the wild between 2013 and 2018.

Ms Morey said: ‘Identification of molecular markers of exposure or disease may enable earlier detection of health effects or allow for health evaluation when the use of specialised methodologies is not feasible.

‘While gene expression profiles in Barataria Bay dolphins were altered compared to Sarasota Bay for all years, profiles from 2013 exhibited the greatest alteration in gene expression.

‘Differentially expressed transcripts included genes involved in immunity, inflammation, reproductive failure, and lung or cardiac dysfunction, all of which have been documented in dolphins from Barataria Bay following the Deepwater Horizon oil spill.

‘The genes and pathways identified in this study may, with additional research and validation, prove useful as molecular markers of exposure or disease to assist wildlife veterinarians in evaluating the health of dolphins and other cetaceans.’

The blast on, 20 April, 2010 released over 130 million gallons of crude oil into the Gulf of Mexico.

It was the biggest spill ever in US waters and remains one of the worst environmental tragedies in history. Eleven workers died. Millions of animals were killed.

Many species such as deep-sea coral, common loons and spotted sea trout, are still struggling – their populations lower than before.

The world watched helpless as oil gushed into one of the planet’s most biodiverse habitats for 87 long days.

Reproductive failure in the dolphin population off Los Angeles following the oil spill is well documented, with a low success rate of approximately 20% in comparison to 83% in those off Floida.

Ms Morey added: ‘With further research, biomarkers may be developed that can provide critical health information to wildlife veterinarians, researchers, managers and other stakeholders, even in the absence of full veterinary assessments.’

Earlier this month another US team found traces of the oil spill were still detectable in 2020 – ten years after the disaster.

Crude oil is a complex mixture with many components that undergo reactions in the environment.

Hollywood blockbuster Deepwater Horizon starring Mark Wahlberg and Kate Hudson was based on the catastrophe.