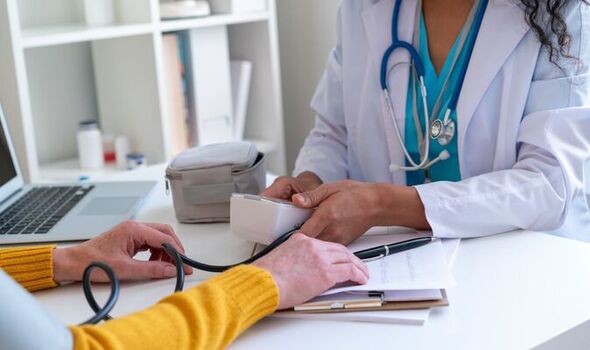 She says the strain on the system and the increase in demand are due to people being “completely incapable” of looking after themselves for minor issues. She claims that many practitioners are leaving the NHS due to burnout and the pressure of dealing with an impossible demand of patients.

Taking to Mumsnet she posted on the “am I being unreasonable” thread, reports Wales Online.

She wrote: “Ok so I’m a GP (yes, yes I know I could be anybody) and have been for over 20 years. But our society has become completely and utterly incapable of any kind of self-care or self-responsibility. I have never known anything like the kind of demand we are facing. And I’m sorry most of it is just complete and utter nonsense. Over and over again.

“Genuinely ill and needy people are being lost in the deluge. It’s absolutely impossible to offer any kind of decent care. And we are losing doctors, nurses and staff rapidly. And we cannot recruit. It’s not about pay, it’s about absolutely ridiculous workload and risk.

“Yes the system is broken, yes we need more of everything. But every single thing does not need GP hand holding. It doesn’t need 2-page complaints because you didn’t get what you wanted when you wanted it. I’m done. And it’s not just me.”

She added: “Stomach pain for the 100th consult in the 20 years I’ve known them. Investigated so many many times. So many discussions about IBS and self-care.

“Beyond numerous coughs/colds/sore ears/vomiting…..often within hours of onset. Literally hours.

“Can you explain this test (normal for the 100th time)/ hospital letter/medication ad infinitum.

“Can you ‘just’ write a letter/sign here/say it’s ok to have a massage/ have a tattoo/ have piercing/ have a hair dye/ run a marathon.

“Sore knee/ elbow/ arm/ ankle….for days. No exercises tried or anything. Quick fixes wanted for everything.

“Meanwhile the strangulated hernia, who never complained but I squeezed in, is in intensive care because she couldn’t get through for two days.

“The little old man who didn’t seem right when I checked his BP and I happened to ask if he was ok is being abused by his wife and broke down in tears because he had never told anyone but didn’t want to bother us.

“The poorly controlled diabetics who are waiting weeks for appointments.

“The dying patient I saw on my way home at 8pm because I didn’t get a chance earlier and now needs to wait until tomorrow to get sorted.

“Hundreds and hundreds of calls, emails, letters and demands every day.

“Yes, the government needs to resource it better, but honestly I don’t think it’s fixable. Pandora’s box is well and truly open.

“I’ve been in this profession for 25 years. I am a very good GP. I am almost certainly on the verge of burnout. I am also the only senior experienced GP left in my practice.

“This unfettered demand has seen off two experienced GPs in less than two years. But sure keep expecting the impossible and we will all leave. I am certainly plotting my escape.”

One user said: “Maybe you’re in the wrong profession if you lack so much empathy for your patients like this. What’s trivial to you maybe isn’t to them.” 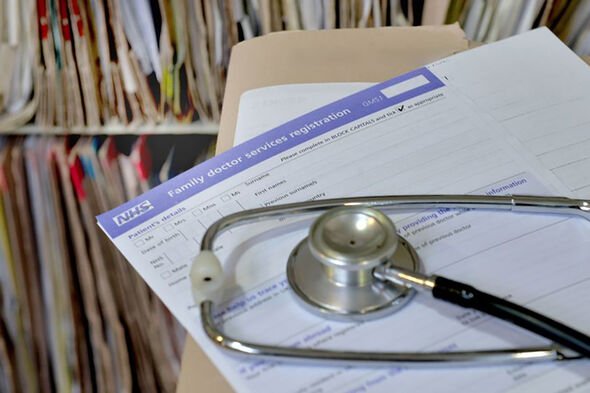 One commenter explained that she struggled to get her GP to listen, saying: “DH [dear husband] could get through to our surgery.

“He was told that sudden onset, painless jaundice wasn’t an emergency and could wait 2 weeks for an appointment.

“When his blood tests came back with his CA19-9 over 400 his GP referred him for a routine ultrasound.

“We had to fight our surgery every step of the way to get him seen and diagnosed. We didn’t want the impossible. We just wanted a GP who would listen and act.”

While one commenter suggested that “it works both ways”, saying: “I’ve come across a fair few doctors over the years who seem incapable.

“The one who failed to refer my DM [dear mother] to a specialist after she had had a sore throat and ear pain for 6 months. She died of throat cancer.

“The doctor who told my DD [dear daughter] she had IBS when she turned up on multiple occasions reporting blood and mucus in her poo, dreadful diarrhoea and weight loss. No tests. She had ulcerative colitis.

“The one who told me I was just ‘full of baby’ when at eight months pregnant and having had high blood pressure since my first antenatal appointment, I said I had a pounding headache, blurred vision and pain behind my eyes and felt dreadful.

“Went to hospital that afternoon was diagnosed with pre-eclampsia, had an EMCS within an hour or two and ended up in ICU and DD [dear daughter] in PICU.

“The one who told my friend who was feeling suicidal to have a cup of coffee, go for a walk or watch something nice on TV.

“Being a GP is a tough job that’s not in doubt. Being a patient is also tough sometimes.”

Some users felt that the GP was not being unreasonable and that people have taken advantage of the “better to be safe than sorry” mentality, saying it “has killed the NHS.”

One user wrote: “I think in some respects yanbu [you are not being unreasonable], a friend of mine has her child down at the GP all the time.

“This week he has chicken pox, he’s fine, no temp, no infections and is not uncomfortable, but mum wanted reassurance that it was chicken pox.

“I do think we are encouraged to see the GP though via health promotions almost a ‘if in doubt, go’ and it can be a bit difficult to know when to go.”

Many users who claimed to be in the medical profession agreed with the GP’s post.

One nurse said: “Yep completely agree. Nurse for 30 years, never known so many people to be unable to take paracetamol without a handhold.

“Or want every investigation for the most minor symptoms or ask for advice and then proceed to ignore it all and wonder why they don’t improve.

“Why go to the bother of asking if you’re not going to follow through? Hey ho [sic]. When we’re all paying for our appointments, self-care will be right back in fashion.”

Another nurse said: “I am a mental health nurse and completely agree with you. People’s expectations of life are completely out of kilter.

“People genuinely seem to think that life is about feeling happy all of the time and having 100% health.

“All the time having these expectations while wanting quick fixes to feel better, and not wanting to accept that it is hard work to recover from trauma and mental health difficulties.

“I have been practicing 22 years and find it so demoralising that people now just expect so much while taking such little responsibility for their own emotional well-being. It has had a big impact upon my own health.”