The end of IKEA instructions? Scientists develop new method for 3D-printing flat-pack furniture that self-assembles into complex shapes as it dries

Tables and chairs that self-assemble from 3D-printed wood could spell an end to the nightmare of trying to assemble flat-pack furniture.

Scientists in Israel have created a printable ‘wood ink’ that can be programmed to morph into complex shapes as it dries, like domes, helices and even Pringle shapes.

The experts have so far printed designs that are only a few inches long, but they aim to produce much larger objects, like chairs, tables and shelves.

In the future, large wooden products could be shipped flat to a destination and then dried by the customer to form the final shape at home. 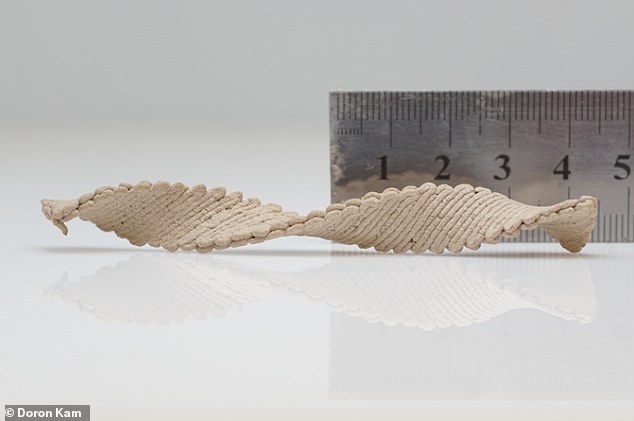 Wood ink printed as a flat rectangle is programmed to form a complex shape (such as a helix, pictured) after drying and solidifying 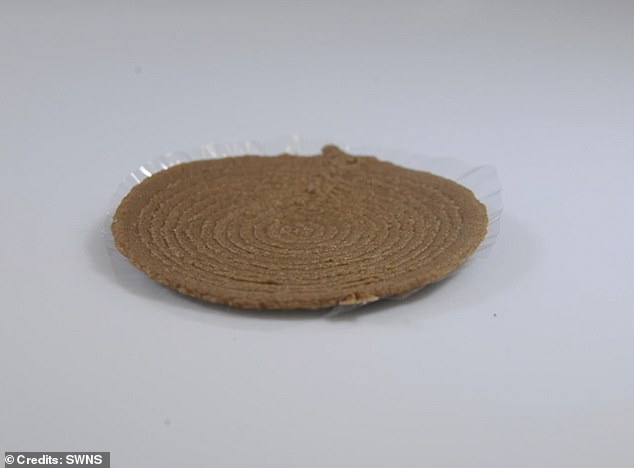 Pictured is the printed wood ink before it has been dried. It’s already known that plant matter can alter shape or texture when dried

They’ve used a 3D printer to print the ink layer by layer, in various patterns and at various speeds.

Based on how the ink is printed, the wood ink forms different shapes, including domes, helices and ‘hyperbolic paraboloids’ (the shape of a Pringle) when it dries.

Unlike some natural objects, artificial structures can’t typically shape themselves, but scientists in recent years have begun printing flat sheets that could form themselves into 3D shapes after a stimulus, such as a change in temperature, pH or moisture content.

However, these self-morphing sheets were made from synthetic materials, such as gels and elastomers.

‘We wanted to go back to the origin of this concept, to nature, and do it with wood,’ said Eran Sharon at Hebrew University of Jerusalem.

The creation could one day spell an end to assembling flat-pack furniture from the likes of IKEA – the stuff of nightmares for many, due to the physical effort and complicated nature of the instructions.

‘At the destination, the object could warp into the structure you want,’ said graduate student Doron Kam, one of the creators at the Hebrew University of Jerusalem.

It’s already known that plants can alter their own shapes or textures after they have been cut down and change shape as they dry.

For example, when a tree is cut down, it shrinks unevenly and warps because of variations in the orientation of the wood’s fibre.

‘Warping can be an obstacle, but we thought we could try to understand this phenomenon and harness it into a desirable morphing,’ said Kam.

Back in 2019, the team revealed their environmentally-friendly water-based ink composed of wood-waste microparticles known as ‘wood flour’ mixed with cellulose nanocrystals and xyloglucan (natural binders extracted from plants).

The researchers printed the wood ink using a 3D printer, which uses software to create a particular design before being printed by robotic equipment.

Automated robotic arms have a nozzle at the end that emits the printing substance – in this case wood particles – layer by layer.

The team have now shown that the way the ink is laid down, or the ‘pathway’, dictates the morphing behaviour as the moisture evaporates.

For instance, a flat disc printed as a series of concentric circles dries and shrinks to form a saddle-like structure reminiscent of a Pringles crisp – known by mathematicians as a ‘hyperbolic paraboloid’.

Meanwhile, a disc printed as a series of rays emanating from a central point turns into a dome or cone-like structure.

And stacking two rectangular layers that are printed in different orientations yields a helix after drying.

The ultimate shape of the object once it’s dried can also be controlled by adjusting print speed, the team found.

How fast the wood ink is laid down changes the degree of alignment in the fibres in the ink, and consequently the warping when it dries

A slower printing speed leaves the particles more randomly oriented, so shrinkage occurs in all directions. Meanwhile, faster printing aligns the fibres with one another, so shrinkage is more focused on one area.

Further refinement will allow the team to combine domes, helices and other design motifs in a single object – one that’s much larger than what they’ve demonstrated. 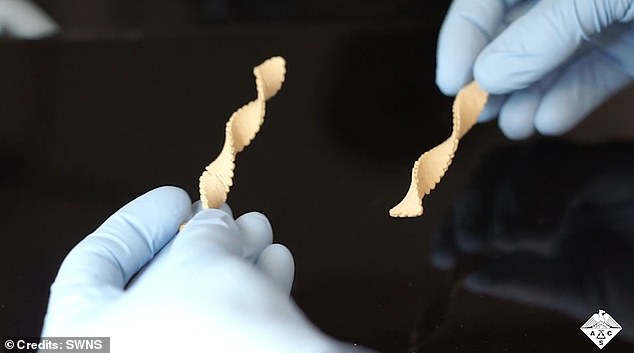 Further refinement will allow the team to combine domes, helices and other design motifs in a single object – one that’s much larger than what they’ve demonstrated 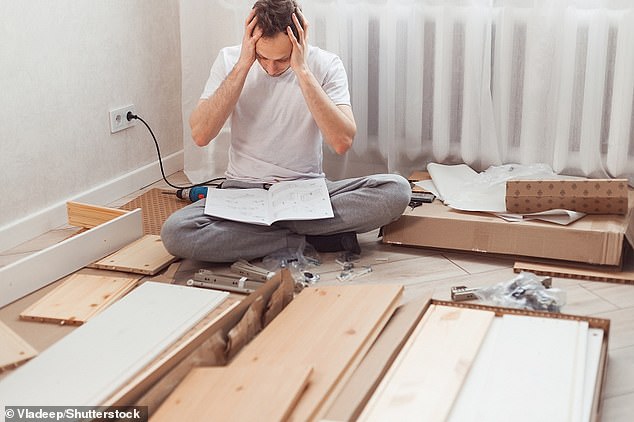 For many, assembling flat-pack furniture from the likes of IKEA is a nightmare, due to the physical effort and complicated nature of the instructions

Eventually, it might be feasible to license the technology for home use so consumers could design and print their own wooden objects with a regular 3D printer.

However, such consumers would need access to some kind of contraption that could dry such object – which could potentially be several feet long. MailOnline has asked the researchers what this might be.

The team is also exploring whether the morphing process could be made reversible under certain conditions, so that the hard wood could go back to being the soft wood ink.

This potentially would usher an era of consumers being able to continuously recycle their wooden furniture, reforming it into new shapes whenever they want.

‘We hope to show that under some conditions we can make these elements responsive – to humidity, for example – when we want to change the shape of an object again,’ said Eran Sharon at Hebrew University of Jerusalem.

The team will present their technique at the meeting of the American Chemical Society (ACS), which is being held virtually and in-person this week.

First invented in the 1980s by Chuck Hull, an engineer and physicist, 3D printing technology – also called additive manufacturing – is the process of making an object by depositing material, one layer at a time.

Similarly to how an inkjet printer adds individual dots of ink to form an image, a 3D printer adds material where it is needed, based on a digital file.

Many conventional manufacturing processes involved cutting away excess materials to make a part, and this can lead to wastage of up to 30 pounds (13.6 kilograms) for every one pound of useful material, according to the Energy Department’s Oak Ridge National Laboratory in Tennessee.

By contrast, with some 3D printing processes about 98 per cent of the raw material is used in the finished part, and the method can be used to make small components using plastics and metal powders, with some experimenting with chocolate and other food, as well as biomaterials similar to human cells.

3D printers have been used to manufacture everything from prosthetic limbs to robots, and the process follows these basic steps:

· Preparing the printer, including refilling the raw materials such as plastics, metal powders and binding solutions.

· Initiating the printing process via the machine, which builds the object.

· 3D printing processes can vary, but material extrusion is the most common, and it works like a glue gun: the printing material is heated until it liquefies and is extruded through the print nozzle

· Using information from the digital file, the design is split into two-dimensional cross-sections so the printers knows where to put the material

· The polymer rapidly solidifies, bonding to the layer below before the build platform lowers and the print head adds another layer (depending on the object, the entire process can take anywhere from minutes to days.)

· After the printing is finished, every object requires some post-processing, ranging from unsticking the object from the build platform to removing support, to removing excess powders.