The study found that the canine companions cry happy tears after their owners return after a day at work. No other animal is thought to be capable of happy tears, with the trait likely to be a result of thousands of years of human-dog cohabitation. Animal behavioural scientists tested the number of tears which fell from the eyes of 22 dogs by dabbing their eyes with paper.

They were monitored while at home with their owners, then monitored after the owner had been away for five hours.

The volume of tears was greater when the owners returned home after a few hours.

Speaking about the study, Professor Takefumi Kikusui, from Azabu University, said: “We had never heard of the discovery that animals shed tears in joyful situations, such as reuniting with their owners, and we were all excited that this would be a world first.”

In the paper, published in Current Biology, the authors wrote: “In this study, we demonstrated that dogs secrete tears when reuniting with their owner, and our data suggest that this tear secretion is mediated by oxytocin. 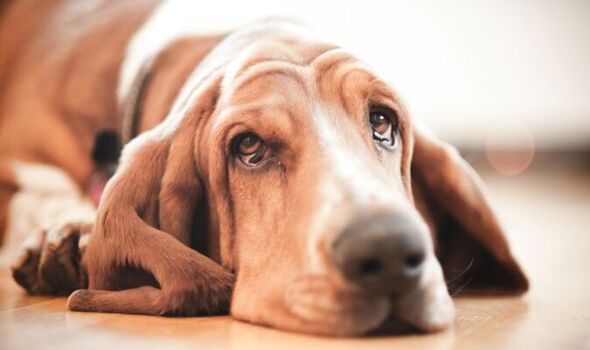 “This is the first report demonstrating that positive emotion stimulates tear secretion in a non-human animal and that oxytocin functions in tear secretion.

“Through this process, their tears might play a role in eliciting protective behaviour or nurturing behaviour from their owners, resulting in the deepening of mutual relationships and leading to interspecies bonding.”

The researchers embarked on the study after Prof Kikusui spotted tears in his dog’s eyes six years ago after she nursed a litter of newborn puppies. 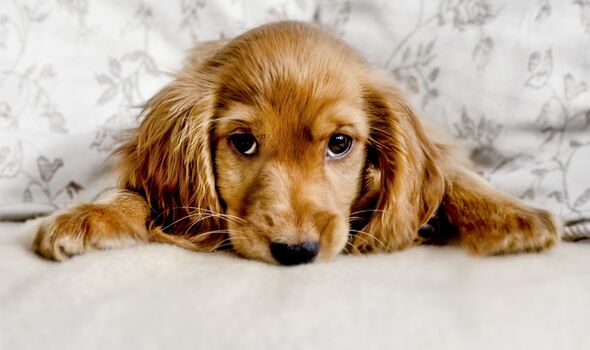 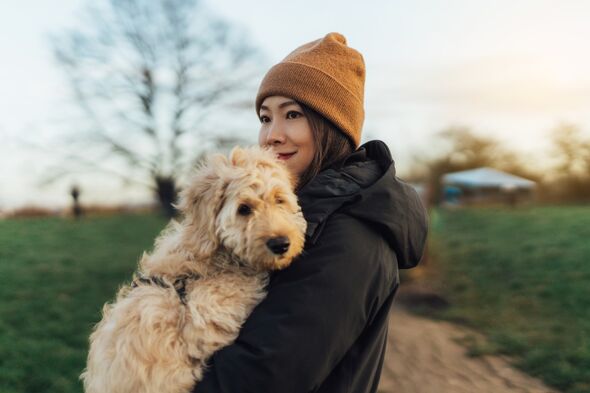 The scientist hypothesised that the hormone oxytocin could be responsible for the physical response, as this hormone is produced in vast quantities by both humans and canines when they are together.

The study found that oxytocin was likely to be responsible for the happy tears.

When dogs were given extra oxytocin, the number of tears they produced increased. 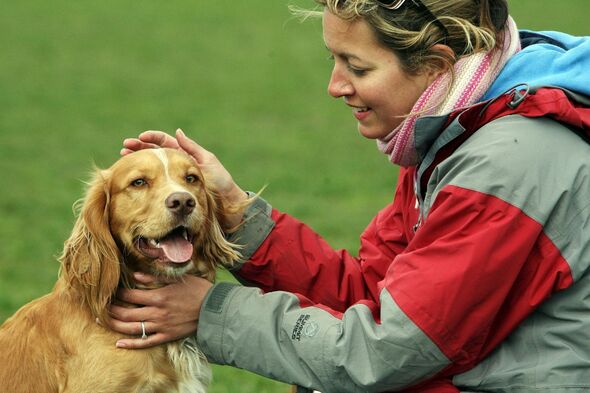 During the study, the team also digitally altered a picture of a dog to include tears in its eyes.

They found that when humans looked at the digitally altered image, they became more inclined to care for the animal.

The study explained: “A pair of photos was prepared for each dog: a picture of the dog with unaltered eyes and one of the dog where sterile saline was applied to the eyes.

“Ten photos from five dogs were randomly presented on the computer screen, and the participants scored on a five-point scale from positive (want to touch, and give some care) to negative (fearful and avoid) for each photo.”

The study found that people rated the altered photograph “significantly higher than the normal tearless dog photographs” when it came to how much someone wanted to care for the animal.

Earlier this year, Dr Anna Machin from Oxford University, said that there is evidence of a genuine “loving relationship” between humans and dogs.

The anthropologist said: “I think the evidence is showing more and more, particularly with dogs, that the relationship [dogs] have with their human is by any definition, a loving relationship.”