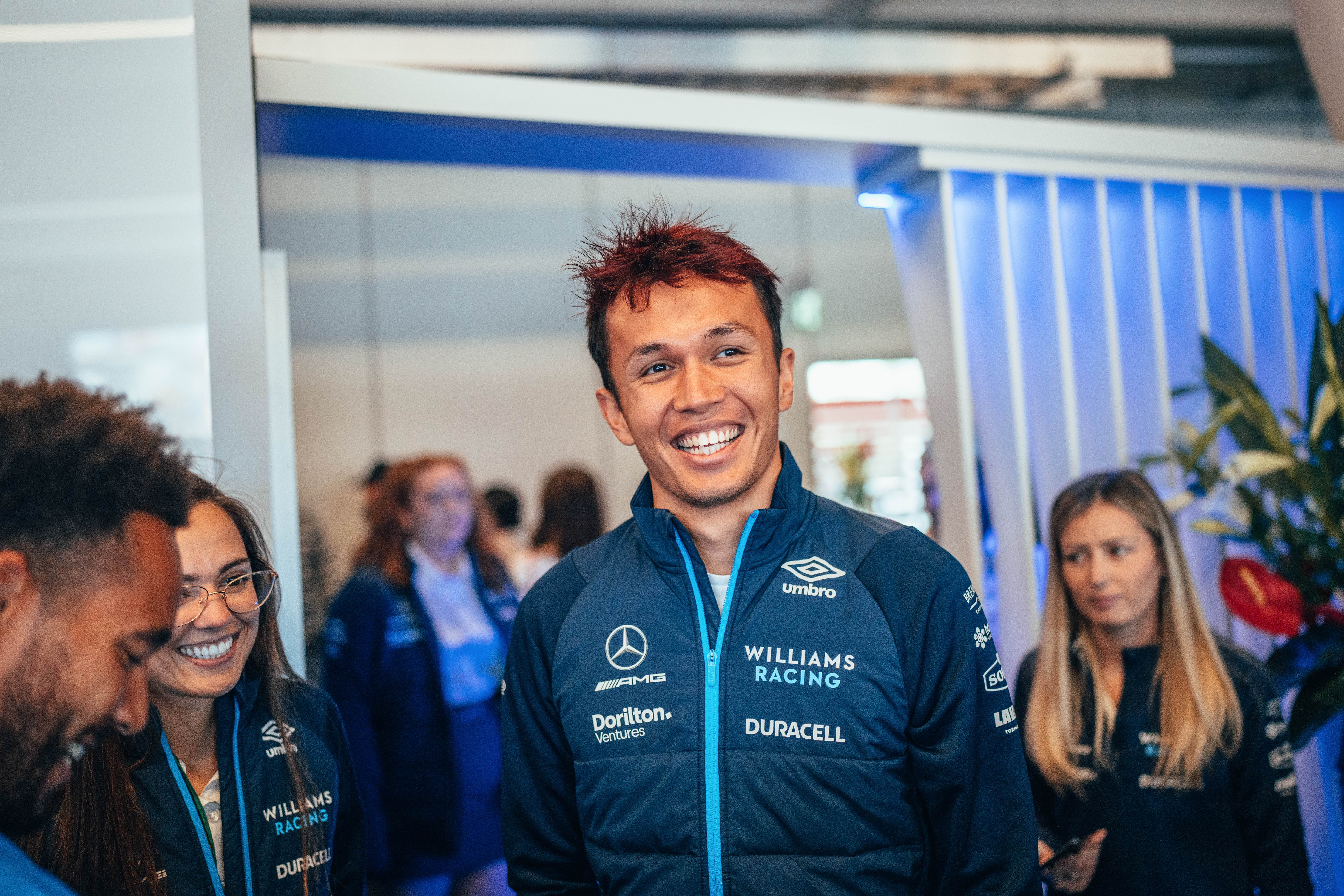 The Williams F1 driver, 26, talks about self-driving cars and his idol, Michael Schumacher.

Would you call yourself a gadget fan?

I remember getting the first iPhone, back when touchscreens were just becoming a thing.

It was pretty much a choice between that and an LG Prada phone, so I got the iPhone and that was it. I still use an iPhone now.

What do you take with you when you’re racing on the other side of the world?

I like to game, so gaming laptops have always been a thing for me.

I use a Razer and I bought one for my girlfriend [professional golfer Lily Muni] too. We have a long-distance relationship, so it means we can play together. Recently I’ve also been getting into VR with the Oculus Rift.

We love a game called Golf+. We’ve had a few races that were delayed this year, so we’ve moved the tables back in the motorhome and cracked out the VR headset.

Do you play racing games too?

Not much. But with racing games, the relationship between what we do and what professional eSports drivers do is actually very close.

There are PC racing games, especially iRacing, that are not far away at all. We also have our own simulators at the factory that we are heavily reliant on.

Have you raced against any of the eSports drivers?

Yeah, it’s interesting because they have slightly different techniques. A lot of it is based on muscle memory and repetition, whereas on-track racing is a bit more reactive and instinctive.

They have incredible accuracy – it’s almost become robotic. But it is really impressive, and exciting because eSports drivers are getting opportunities to drive in real life. They’re also doing simulator work for us.

Do you have a favourite bit of in-car tech?

I’m heavily reliant on Apple CarPlay. That to me is almost a necessity. Unfortunately, we don’t have it in our F1 car.

Off the track I drive a Mercedes GLE. I actually see autonomous driving as a good thing, as long as I get to do my racing and that bit doesn’t become autonomous, because then I’d be out of a job.

Do you have any tech to help you keep fit?

I use a lot of fitness apps like Polar watch and a chest strap to monitor my heart rate, and the Oura Ring to track my sleep. And a BlazePod that I use to do reaction drills to warm up before I step into the car.

Is there any era of Formula One you’d love to have raced in?

I feel very privileged to be able to say I’ve driven the fastest Formula One cars, but I’m a big sucker for the V10s from the late 1990s or early 2000s.

When I was five, six, seven years old, Michael Schumacher was my idol, so it’d be very cool to drive his Ferrari from 2004. I can always dream.

If you could invent a gadget, what would it do?

A time machine. There’s a lot of responsibilities involved but I’m thinking, very selfishly, if I screw up qualifying it would mean I could do  it again.

Bang & Olufsen is a sponsor of the Williams Formula One team.