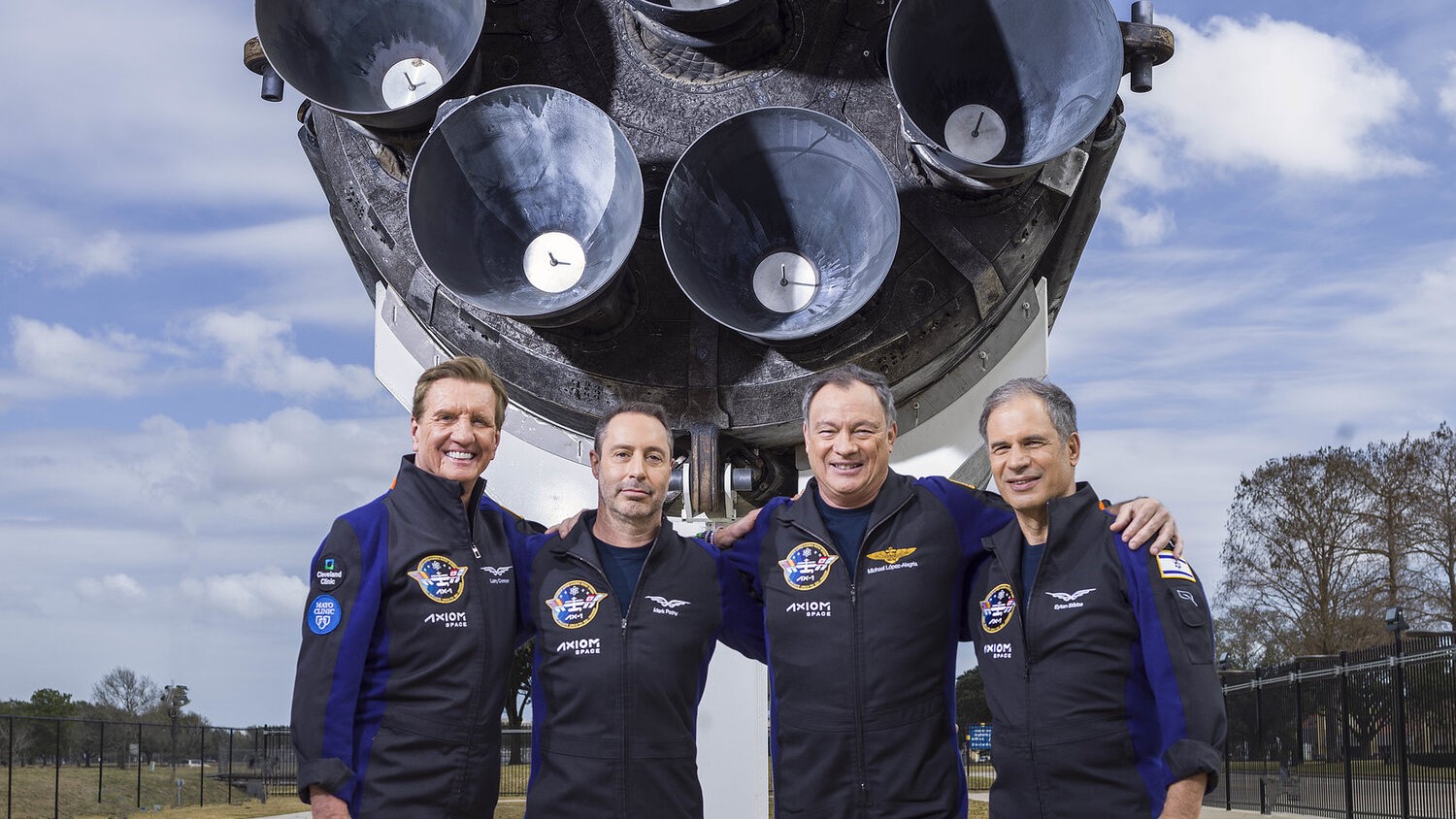 A team of billionaires who flew to the International Space Station for two weeks have admitted that being an astronaut is, well, hard work.

‘With the value of hindsight, we were way too aggressive on our schedule, in particular the first couple days,’ said Larry Connor, the billionaire head of a real estate investment firm.

Connor was one of four private citizens that flew on the Ax-1 mission to the space station back in April.

The mission was organised by Texas-based Axiom Space and had the goal of putting the team on ISS where they would help the actual astronauts with experiments while in orbit.

And while the rich civilians did journey into space knowing it wouldn’t just be a joyride, they miscalculated just how much effort is required when it comes to an astronaut’s workload.

According to Connor, one experiment that was scheduled to take two and a half hours to complete based on preflight training actually ended up taking five hours.

Luckily for the civilian crew, the real astronauts were on hand to help out. However, this meant they had to take time out of their duties while aboard.

Susan Helms, a former Nasa astronaut who serves on the Aerospace Safety Advisory Panel, explained there was ‘some opportunity cost in the form of overly stressing the workload of the onboard ISS members and the mission controllers who support them on the ground.’

Michael López-Alegría, the former Nasa astronaut and current Axiom employee who commanded Ax-1 said the Crew-3 astronauts from Nasa and the European Space Agency (ESA) who were on the station during their visit were ‘extraordinarily helpful, gracious, kind, sharing’.

‘I can’t say enough good things about them, and we really needed them,’ he said, according to Space News.

Axiom Space said there had been ‘lessons learned’ from the mission and cited that future missions should probably be spread out over a longer period.

‘It’s incumbent on us to reduce our burden on the crew,’ said Michael Suffredini, president and chief executive of the company.

In the case of Ax-1, they ended up spending 15 days aboard the ISS rather than the planned eight because of unfavourable weather conditions on the ground.

‘I think we were so focused on research and outreach in the first 8 or 10 days on orbit that we needed the extra time to complete the experience by having time to look out the window, to make contact with friends and family, to just enjoy the sensation,’ he said.

Along with Connor, the other two members of the Ax-1 crew, Canadian investor and philanthropist Mark Pathy and former Israeli Air Force pilot Eytan Stibbe, reportedly paid around $55 million (£42 million) each for the space trip.