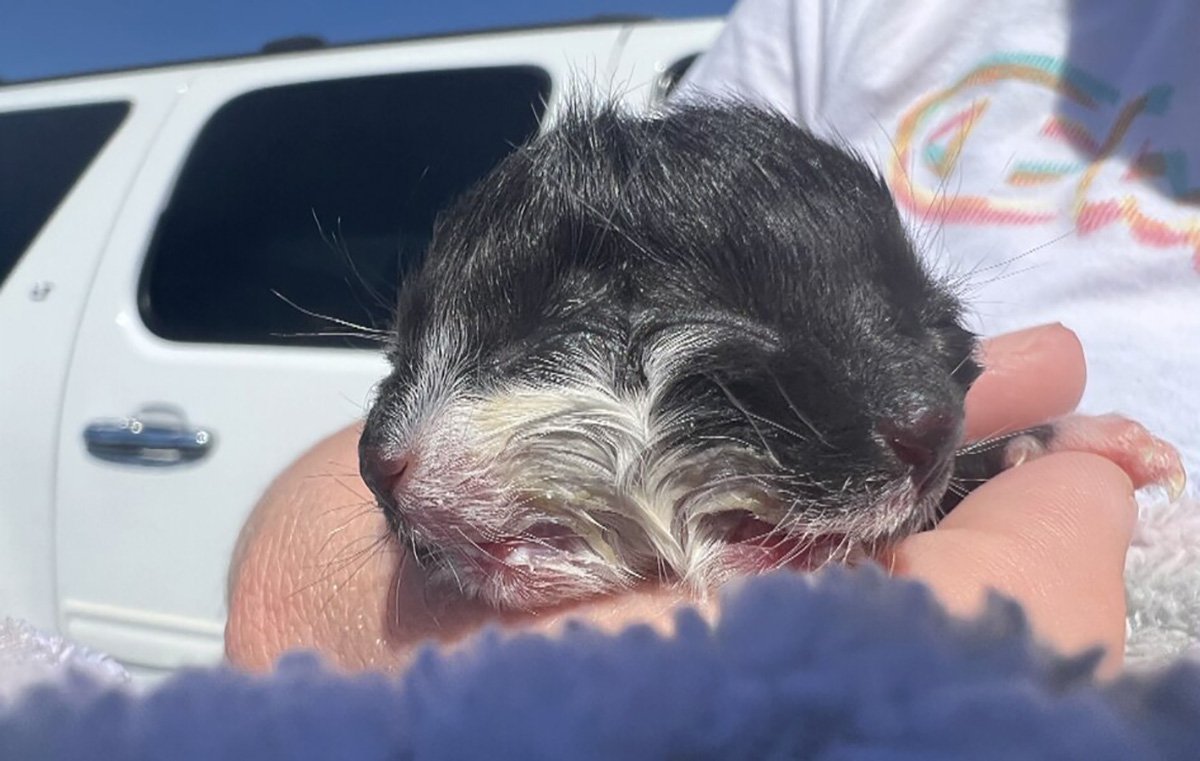 A kitten with two separate heads has been born in Arkansas in the United States.

A rare genetic condition, known as craniofacial duplication, sometimes occurs in cats and can cause their facial features to be duplicated.

The owner of the kitten, Ariel Contreras, told local media she was surprised after her cat gave birth to its unique offspring.

‘I went to go do laundry, I’d seen my cat was meowing, and then all of the sudden babies started coming out, and I started yelling for my husband,’ she told local outlet KY3.

‘This is the second one, so whenever he came out, my husband said, ‘honey, it has two heads,’ and I went, ‘no way!” she added.

The condition is usually referred to as Janus, after the two-faced Roman god. But Ariel picked out a different, Batman-inspired name for the little kitten.

It’s been called Harvey, after the character Harvey Dent who is better known as ‘Two-Face’.

Sadly, most Janus cats don’t live very long after birth. The exact cause of the condition isn’t yet understood – but it’s believed to be due to an overabundance of a protein called Sonic Hedgehog.

It’s the gene responsible for limb development and yes, it was named after the video game character.

Despite the bleak outlook for most Janus cats, one expert believes Harvey may be okay.

‘It has one of everything except for the extra skull,’ Dr. Tim Addis, a veterinarian with Alley Cat Animal Rescue told KY3.

‘Its odds of making it are just as good as its siblings’ if you’re feeding it with a bottle.’

Ariel confirmed that she was planning to keep Harvey and do her best to raise him.