Paleontologists in Argentina have discovered a dinosaur that weighed about the same as the average cat which roams the streets today. The remains of the dinosaur, which has been called Jakapil kaniukura, weighed between 4.5 and seven kilos according to the archaeologists’ estimations. However, the team of scientists found that the remains were neither a fully grown adult dinosaur, nor a juvenile, either. Although the dinosaur was small, being less than five-foot-long, scientists found other features that meant it could protect itself.

It had “leaf-shaped” jagged teeth with protective spikes along its neck and back.

Due to its “reduced arms” – akin to a T-Rex’s – paleontologists believe it walked on its back legs.

Like a stegosaurus, the Jakapil was of the thyreophoran dinosaur group – known as “armoured dinosaurs”.

However, the Jakapil differs from other basal thyreophorans.

The paleontologists discovered this was the first to have a predentary bone or a keratin beak in the front of the lower jaw. 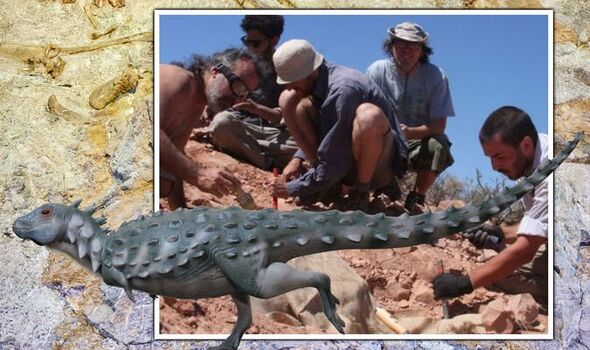 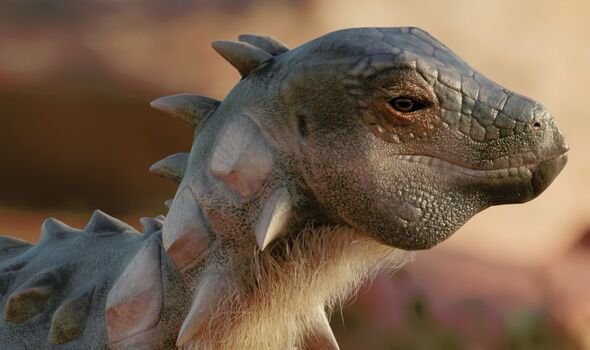 The paleontologists said they chose to name it in languages spoken in Argentina.

The journal, of which the lead author was Facundo Riguetti, reads: “The specific epithet, comprising kaniu (crest) and kura (stone), refers to the diagnostic ventral crest of the mandible [the lower jaw], and comes from the Mapudungun language.

“These languages, currently spoken by more than 200,000 people, have been combined as a tribute to both of the coexisting native populations of North Patagonia, South America.”

This group of dinosaurs lived from the Early Jurassic until the Cretaceous period, the final era of the dinosaurs. 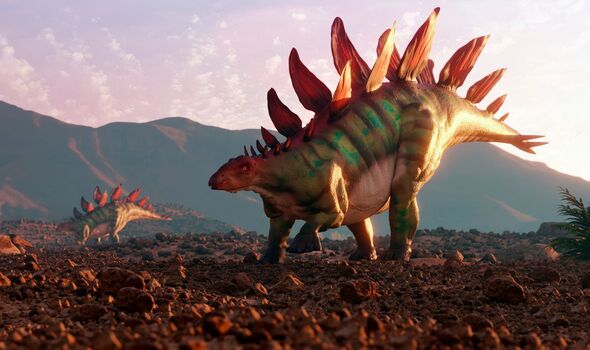 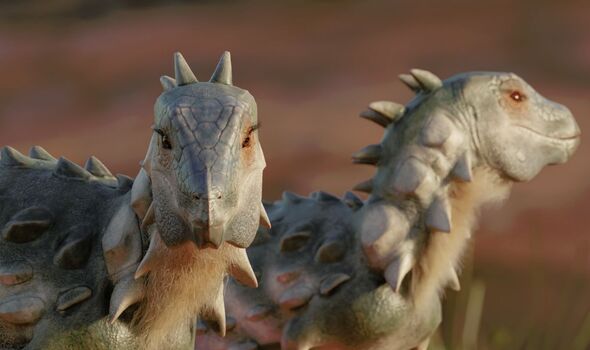 Species including non-avian dinosaurs and large marine reptiles were wiped out during the mass Cretaceous–Paleogene extinction event, more than 66 million years ago.

The Jakapil remains were found within the “La Buitrera Paleontological Area” near the Ramos Mexía Dam, in North Patagonia, in Río Negro Province, Argentina.

Most thyreophoran dinosaurs – also known as basal thyreophoran – were thought to have lived in North America, Europe, Asia, and possibly Africa until now.

The Jakapil is the first of its kind found in South America with thyreophoran findings being rare in the southern hemisphere. 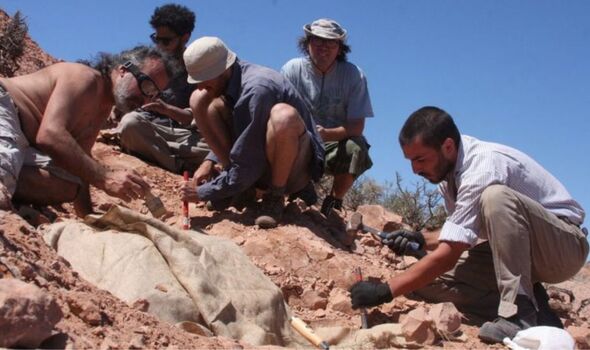 Part of the findings, published online this week in the scientific journal Scientific Reports, read: “Jakapil also shows that early thyreophorans had a much broader geographic distribution than previously thought.

“It is a member of an ancient basal thyreophoran lineage that survived until the Late Cretaceous in South America.”

Lead paleontologist Sebastián Apesteguía and his colleagues have spent the past decade digging up the remains.

Mr Apesteguía and his team revealed they had found part of a skeleton as well as 15 fragments of the Jakapil’s teeth.

The remains are thought to be between 97 and 94 million years old.