Gig economy companies have been cleared to keep classifying their riders as independent contractors rather than full employees entitled to minimum wages and protections following a major ruling by the nation’s industrial tribunal.

The ruling turns the focus to the federal government’s promise to legislate new rights for gig economy workers, a move that the powerful Labor-aligned Transport Workers Union declared was “urgent”.

The Fair Work Commission on Wednesday overturned a previous ruling that a Deliveroo rider, Diego Franco, was an employee and protected from unfair dismissal. Had the ruling stood, it would have likely forced Deliveroo to make massive back payments to its riders and upended the gig economy sector, which also includes firms such as Uber, DoorDash and Menulog. 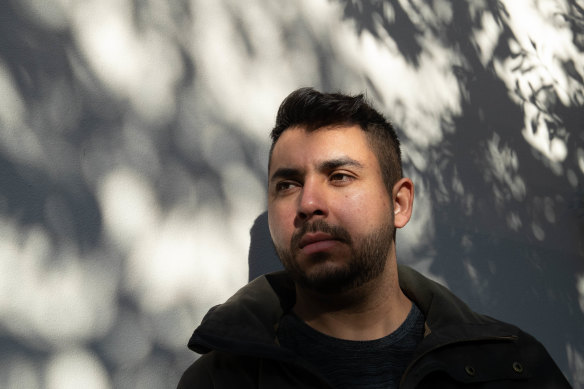 Diego Franco initially won his unfair dismissal case but a series of High Court rulings resulted in it being reversed.Credit:Janie Barrett

While the commission found that “as a matter of reality” Franco’s work had the hallmarks of employment, three senior commissioners said they were bound to follow a recent High Court ruling that forced them to “close our eyes to these matters” and focus overwhelmingly on the terms of the contract between Franco and Deliveroo.

Those terms, which allowed Franco to have other riders substitute for him, let him choose his own route to the customer and required him to provide his own vehicle, made him a contractor. Firms such as Deliveroo and Uber, which declined to comment, use contractors who do not get traditional workers’ compensation or unfair dismissal rights. They do provide insurance for their riders.

Both Deliveroo and the Transport Workers Union, which has been representing Franco, said the decision showed why the federal government needed to reform the sector, as it has committed to do.

"Deliveroo believes the time has come for the discussion to move beyond the status of riders," a Deliveroo spokeswoman said. "There is now clear certainty that our riders are genuinely engaged as independent contractors."

She said Deliveroo riders could choose when, where and how long they wanted to work which was only possible through self-employment.

“We are committed to working with the federal Minister for Industrial Relations and all stakeholders to develop a national reform program that is fit for purpose for the way riders choose to work,” the spokeswoman added.

The Sydney Morning Herald and The Age revealed in 2020 that Franco had filed his case after he was removed from the Deliveroo platform for alleged persistent lateness. He won the following year, but Deliveroo appealed, resulting in Wednesday’s ruling after a delay due to the High Court cases.

Meanwhile, the Transport Workers Union has used the ruling to demand urgent reform of the sector, emphasising portions of it to point out to the harshness of Franco’s dismissal.

“This finding allows gig behemoths to carefully adjust the wording in their contracts to avoid all accountability towards worker safety and rights, while exercising high control over workers who have no ability to negotiate," said Michael Kaine, the union's national secretary.

"We cannot close our eyes to the reality of this industry which is killing, maiming and unfairly sacking workers.”

Labor went to the election with a commitment to give the Fair Work Commission the power to assign new rights to independent contractors, similar to those enjoyed by regular employees.

It is yet to unveil any such legislation or details on how that proposal will work, though it has been having discussions with interested parties.

Franco said he was bitterly disappointed that the decision had gone against him after the case hung over his life "like a dark cloud" for two years. "All workers deserve rights, dignity and respect," he said.