Paper author and climate scientist Professor Daniel Horton of Illinois’ Northwestern University said: “Breadfruit is a neglected and underutilised species that happens to be relatively resilient in our climate change projections.

“This is good news because several other staples that we rely on are not so resilient.

“In really hot conditions, some of those staple crops struggle and yields decrease.

“As we implement strategies to adapt to climate change, breadfruit should be considered in food security adaptation strategies.”

Belying the latter part of its name, breadfruit is actually starchy and seedless — and fills a culinary role akin to the potato.

The fruit is nutrient-rich — high in fibre, minerals and vitamins — and, when cooked, takes on a texture that resembles freshly baked bread.

The plant is thought to have originated in New Guinea, the Maluku Islands and the Philippines as a domesticated version of the breadnut tree.

Having been spread as a result of both Autronesian and Colonial expansion, breadfruit now grows in some 90 countries across South and Southeast Asia, Central America, Africa, the Caribbean and around the Pacific Ocean.

Breadfruit has been eaten by humanity for thousands of years — and can be steamed, roasted, fried, fermented and even turned into flour. 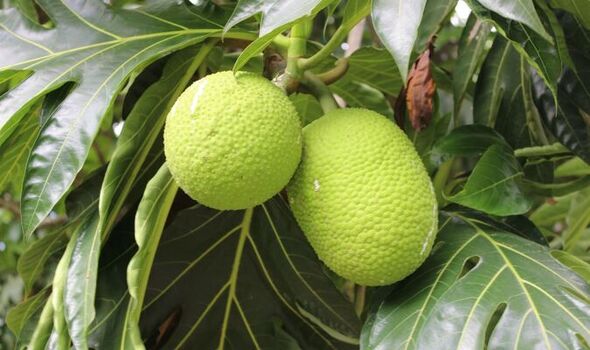 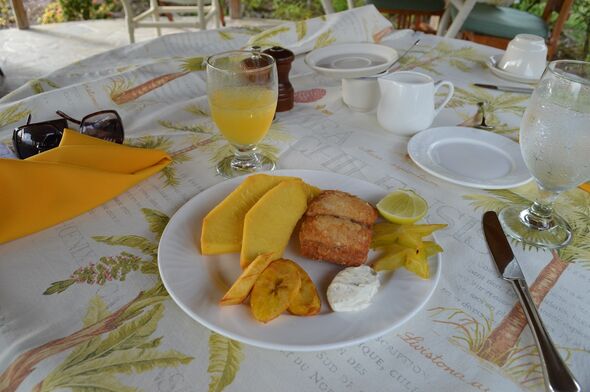 “In some cultures, there is a tradition to plant a breadfruit tree when a child is born to ensure the child will have food for the rest of their life.”

In their study, Prof. Horton, Dr Zerega and their colleagues set out to determine if climate change — which is making tropical regions warmer and wetter — would impact breadfruit’s ability to grow.

To do this, the team modelled how the climate conditions needed to cultivate breadfruit today are likely to change come the 2060–2080s.

They considered two future climate scenarios — one with high greenhouse gas emissions and one in which emissions stabilise. 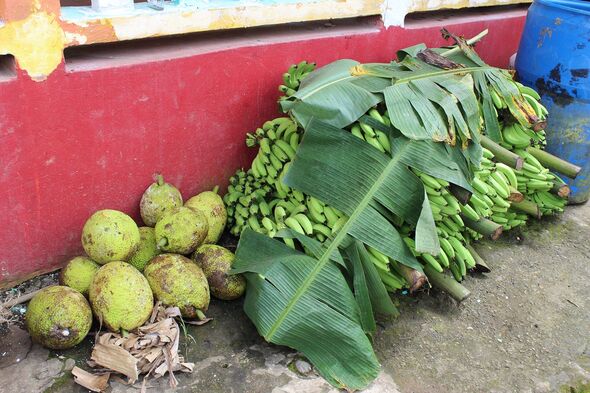 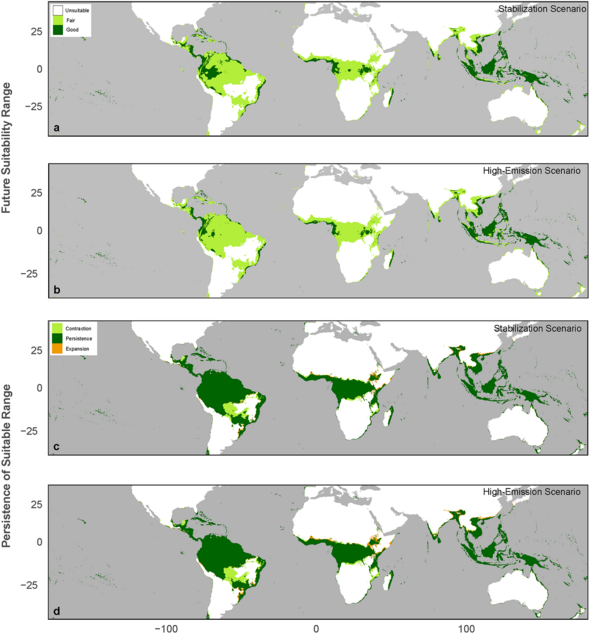 The researchers found, however, that the areas suitable for cultivating breadfruit remained largely unaffected by either future climate scenario.

In fact, in the tropics and the subtropics, their analysis found that the area suitable for growing breadfruit decreased from 4.4 percent of land to just 4.5 percent.

Moreover, the team even found territories where the available area for breadfruit production could actually increase — particularly in sub-Saharan Africa, where the crop is not traditionally grown, but has the potential to become an important and stable source of food.

Paper author and environmental scientist Lucy Yang, also of Northwestern, said: “Despite the fact that climate will drastically change in the tropics, climate is not projected to move outside the window where breadfruit is comfortable.

“From a climate perspective, we can already grow breadfruit in sub-Saharan Africa. There is a huge swath of Africa, where breadfruit can grow to various degrees.

“It just has not been broadly introduced there yet. And, luckily enough, most varieties of breadfruit are seedless and have little-to-no likelihood of becoming invasive.” 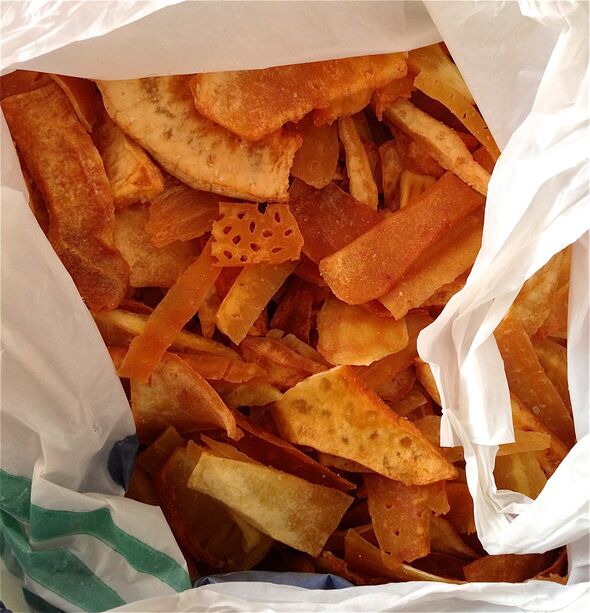 According to Dr Zerega, the strengths of the breadfruit come from how it can better withstand heat and drought than other crops — alongside how, being perennial, it doesn’t need to be replanted each year and thus requires less energy, water and fertiliser.

Furthermore, being a tree, it also works to sequester carbon dioxide across all of its lifetime

Ms Yang added: “A lot of places where breadfruit can grow have high levels of food insecurity.

“Oftentimes, they combat food insecurity by importing staple crops like wheat or rice, and that comes with a high environmental cost and carbon footprint.

“With breadfruit, however, these communities can produce food more locally.”

Scaling up the production of breadfruit — and other neglected and underutilised foods has the potential to build up more resilience in the global food system, the team said.

Dr Zerega concluded: “Climate change further emphasises the need to diversify agriculture, so the world doesn’t rely on a small number of crop species to feed a large number of people.

“Humans rely heavily on a handful of crops to provide most of our food, but there are thousands of potential food crops among the approximately 400,000 described plant species. This points to the need to diversify agriculture and crops globally.”

The full findings of the study were published in the journal PLOS Climate.