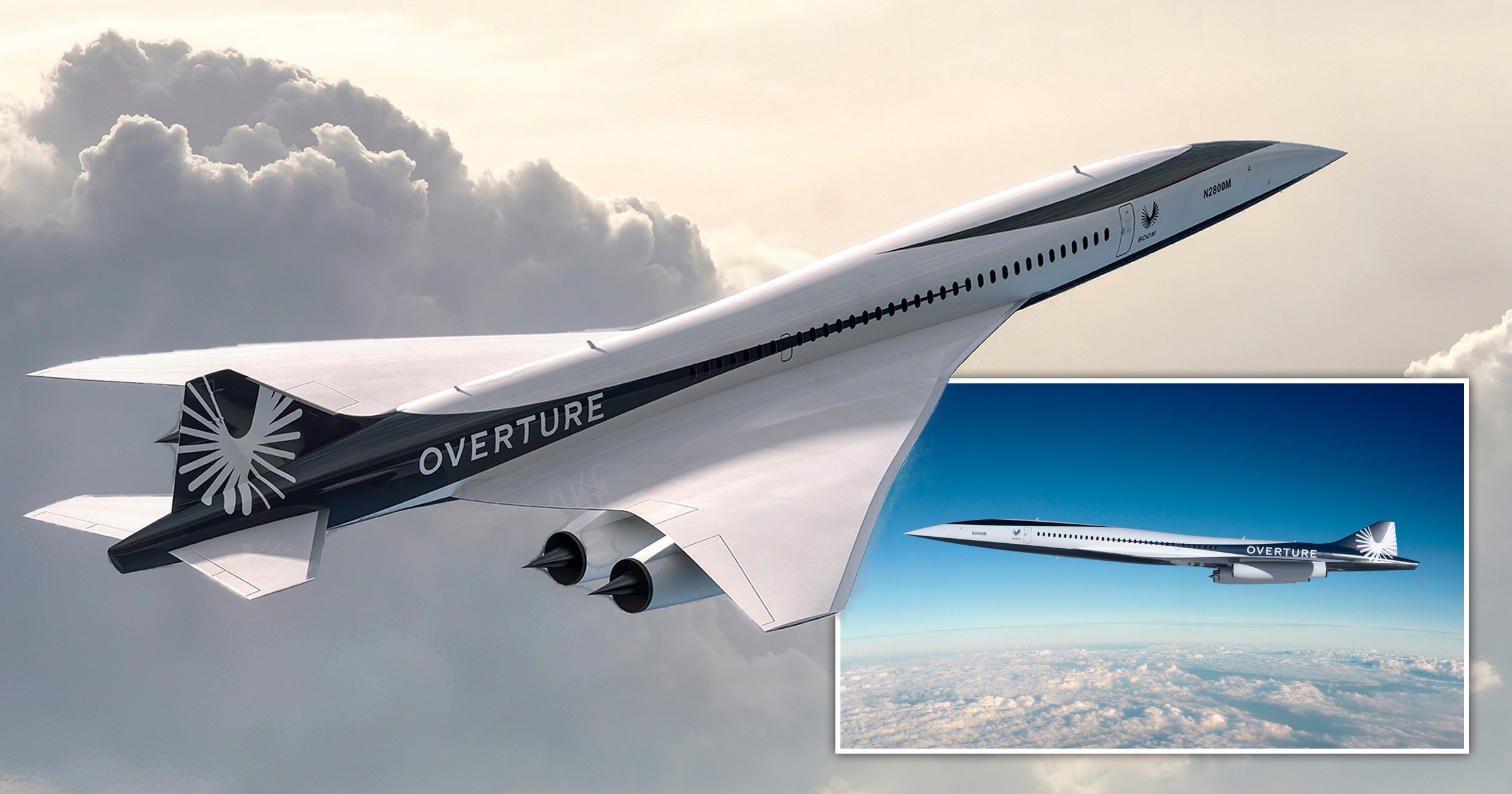 A major airline is making a big bet on high speed, intercontinental travel.

However, the company based in Denver, Colorado, has not produced a working jet yet. Boom’s premier plane, the Overture, exists only on the drawing board.

The Overture is a four-engine commercial jet that carries between 65 and 88 passengers and is expected to fly about 1,300 miles per hour, or 1.7 times the speed of sound.

It currently takes a standard airliner an average of almost seven hours to fly the same route.

American Airlines also plans to use the supersonic jets in other overseas trips, including a three-hour ride from Los Angeles to Honolulu and a five-hour trip from Miami to London, the company stated.

The jets are also reportedly going to have a net zero carbon footprint, using only sustainable aviation fuel manufactured from plant material.

‘Looking to the future, supersonic travel will be an important part of our ability to deliver for our customers,’ stated American Airlines CFO Derek Kerr.

However, critics point out that Boom has not even designed or produced an engine for the Overture yet. The company is currently in talks with Rolls Royce to supply the engines, reports said.

Others point out the high price of sustainable aviation fuel, which is currently selling at about $8.67 per gallon – more than double the price of jet fuel per gallon, a report found.

Still other critics say Boom’s timetable for production is too ambitious – even though the jets American Airlines ordered will not be ready to fly passengers until 2029.

Boom is not the first company to market supersonic jets for commercial use. For decades, Air France and British Airways flew the Concorde, a supersonic jet capable of flying across the Atlantic at comparable speeds.

The Concorde was first designed in the 1970s and flew its first commercial trip in 1976. A total of seven jets flew commercial routes between Paris Charles de Gaulle, London Heathrow, Washington Dulles and New York’s JFK.

The Concorde was retired in 2003. Despite its speed, high prices for consumers meant the jets never caught on with the general public.