Molten lava continues to spew from an erupting volcano in Iceland, nearly two weeks after it first exploded.

The Fagradalsfjall mountain, 20 miles south-west of the capital Reykjavik, began erupting on August 3, and shows no signs of stopping.

New images from the site show the lava spewing out of a heart-shaped fissure in the ground.

The Icelandic Meteorological Office has urged people to stay away from the volcano. However, three people were injured following the eruption.

The eruption followed days of small earthquakes in the area along a peninsula known to be a seismic hot-spot. 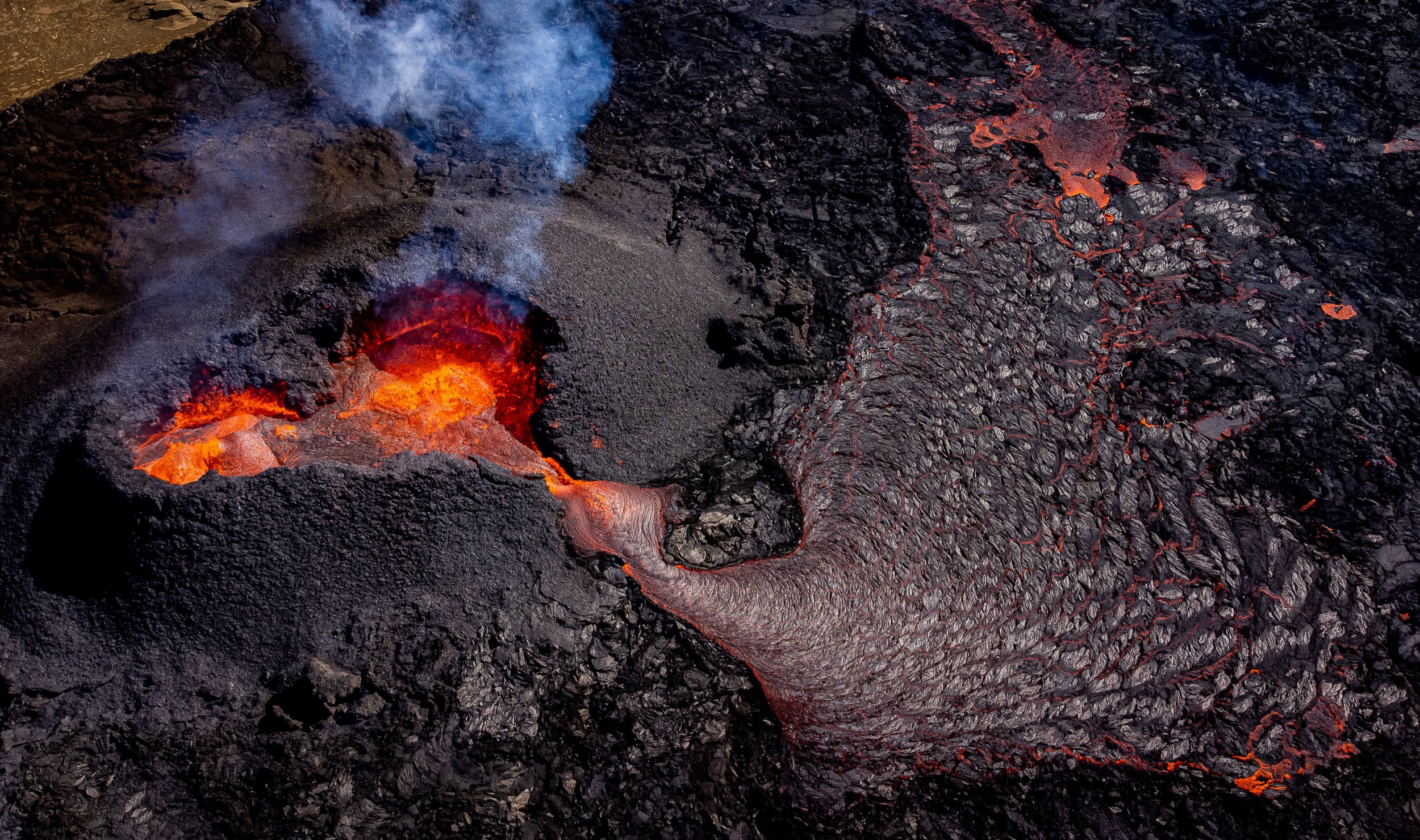 Iceland is located above a volcanic hotspot in the North Atlantic and averages an eruption every four to five years.

Unlike the eruption in 2010 of the ice-covered Eyjafjallajokull volcano, which halted some 100,000 flights and forced hundreds of Icelanders from their homes, this eruption is not expected to spew much ash or smoke into the atmosphere.

‘Currently, there have been no disruptions to flights to and from Iceland and international flight corridors remain open,’ the country’s foreign ministry said in a statement.