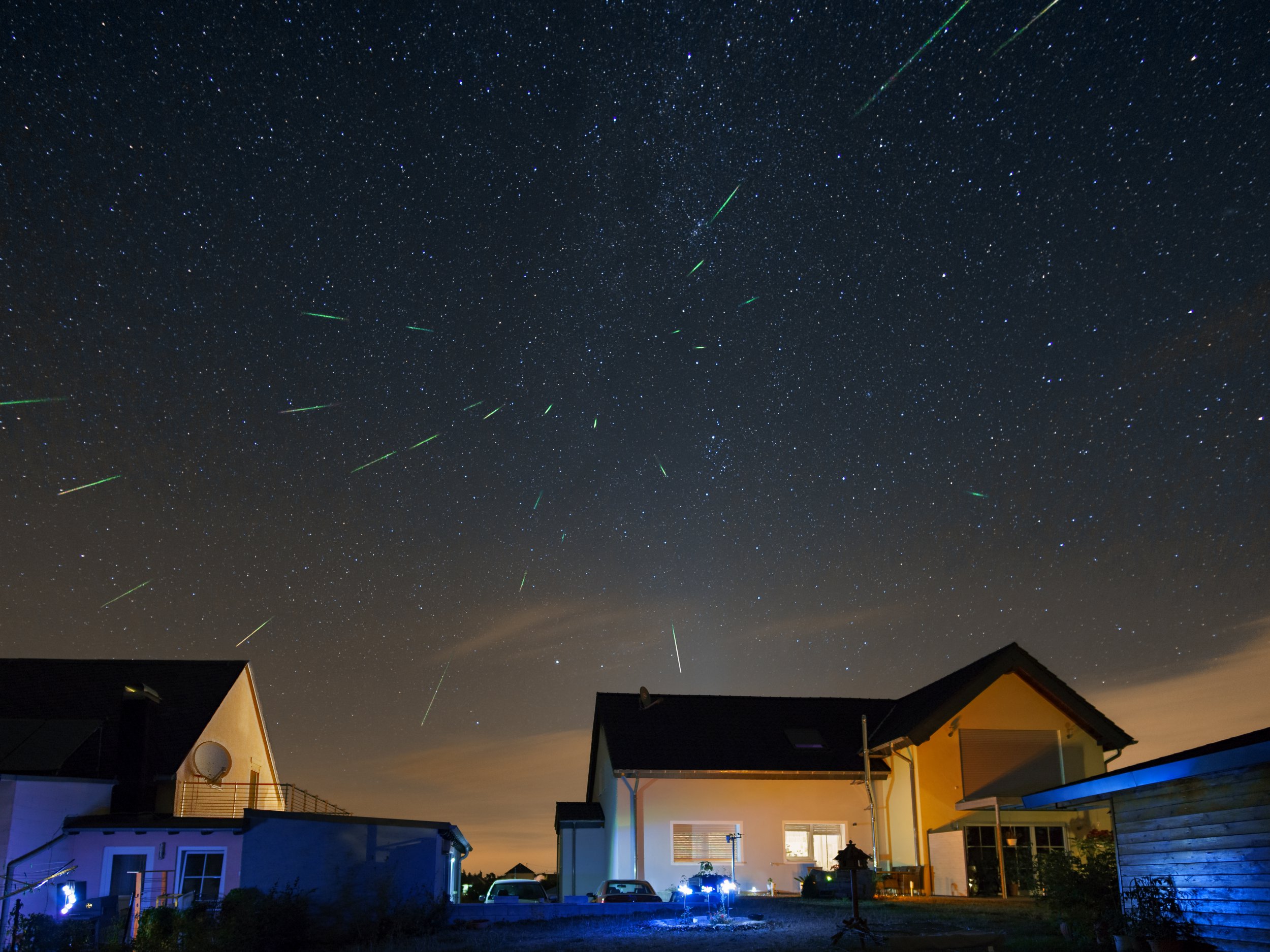 The Perseid meteor shower is set to light up the night skies above the UK this weekend.

The annual shower is considered one of the highlights of the astronomical year for stargazers.

It’s expected to peak in the early hours of Saturday, with up to 150 shooting stars streaking through the sky per hour.

The display is caused by Earth slamming into the debris left behind by comet 109P/Swift-Tuttle in July and August each year.

The meteors seem to originate from the Perseus constellation.

The shower is considered one of the best of the year because it produces bright meteors and is one of the most active.

There is also a high chance of seeing fireballs, which are very bright meteors, as well as meteors with long trains.

Observers can look out for the shower wherever they are, but a clear sky with minimal light pollution offers the best chance of catching a glimpse.

This year, the peak falls around the time of the full moon, so light conditions are not likely to be ideal.

Look up! The peak mornings for 2022’s Perseid meteor shower are August 11, 12 and 13. Unfortunately, this year, a full or nearly full moon will drown all but the brightest meteors from view. ð

Here are 6 tips for watching the Perseids: https://t.co/t8ESgrgNrJ

The August full moon is also known as the Sturgeon Moon, named by North American fishing tribes since the species appeared in number during this month.

It has also been called the green corn moon, the grain moon, and the red moon for the reddish hue it often takes on in the summer haze.