On December 16, 1742, Cromwell Mortimer, a physician, reported spotting an unidentified flying object soaring over central London. At the time, Mr Mortimer was secretary of the Royal Society and detailed the mysterious object “slowly” moving above St James’s Park during his walk home to Westminster at 8:40pm. He recorded that the object was flying very slowly which meant that he had about half a minute to get a clear look at it.

While 30 seconds isn’t a long period of time, it is longer than most observations of meteors and similar objects.

As a result, he was even able to sketch a diagram of the object, which he wrote about his 1746 report in the journal Philosophical Transactions, vol XLIII, which has recently come to light.

He wrote: “I saw a light arise from behind the trees and houses in the south by west point.

“When it had risen to the height of about 20 degrees, it took a motion nearly parallel to the horizon and went over the houses.”

As he watched the object, he believed its path had brought it directly over Bloomsbury, passing over Queen’s Square and making its way in the direction of the canal adjacent to it. 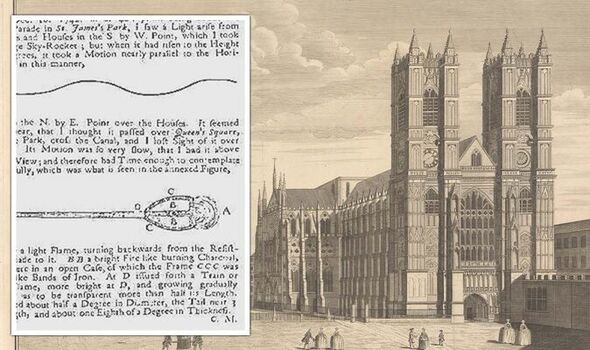 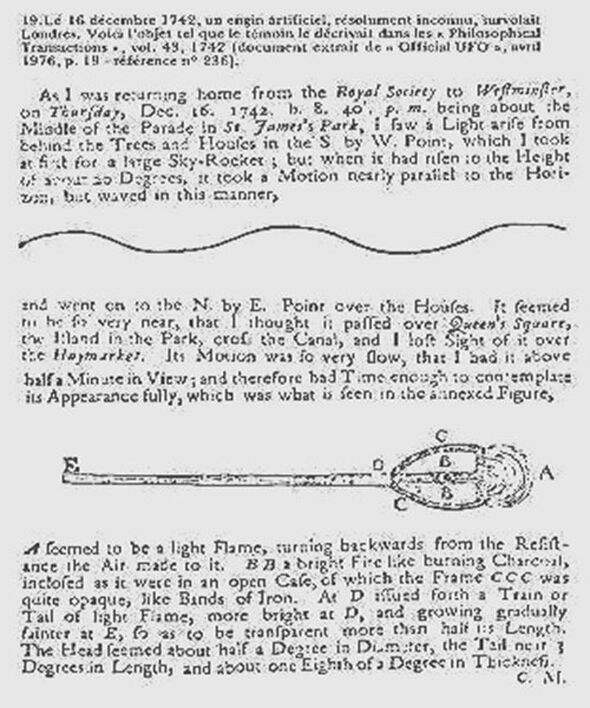 He wrote that he “lost sight of it over the Haymarket”.

He added: “Its motion was so very slow, that I had it above half a minute in view; and had time enough to contemplate its appearance fully.”

His diagram depicted an object with a flaming head “enclosed as it were in an open case” with “bands of iron”.

The UFO had a long tail of light, which was growing gradually fainter, similar to modern aircraft.

The Sun reported British UFO hunter Steve Mera saying: “It is the first of its kind.” 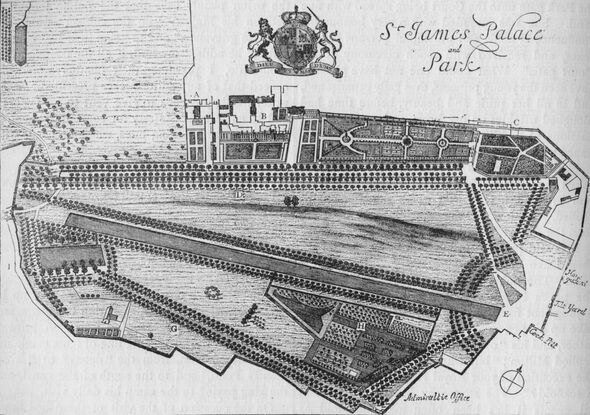 He went on: “Folk stood out on a balcony witnessed it. They were well to do, which encouraged proper research into it.”

There have been a number of UFO sightings over the years, with a top Pentagon official telling the US congress that the military has had 11 close encounters and 400 sightings with UFOs.

This figure has more than doubled over the past period as the stigma over reporting UFO sightings has reduced following a significant number of reports from military personnel about historic sightings.

In this day and age, an “unidentified flying object” may not necessarily suggest extraterrestrial sightings, but could even be advanced drones. 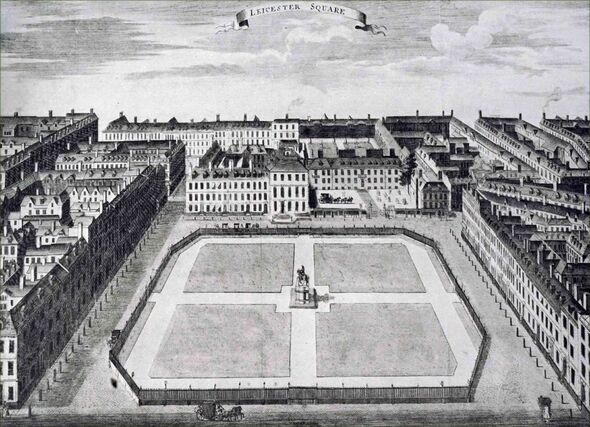 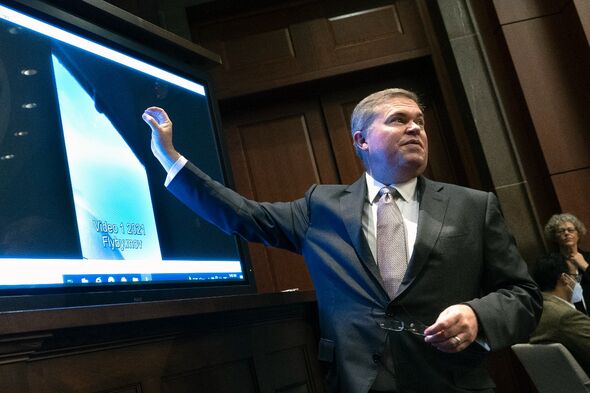 However, they vowed to “go wherever the data takes us” in what they described as an “all hands on deck” approach.

Scott Bray, the deputy director of naval intelligence, told the hearing there were sightings he “can’t explain” due to the “flight characteristics” or radar readings from the unidentified objects.

He showed the hearing a video of one such incident where a spherical object flew past the cockpit of an F-18 jet.