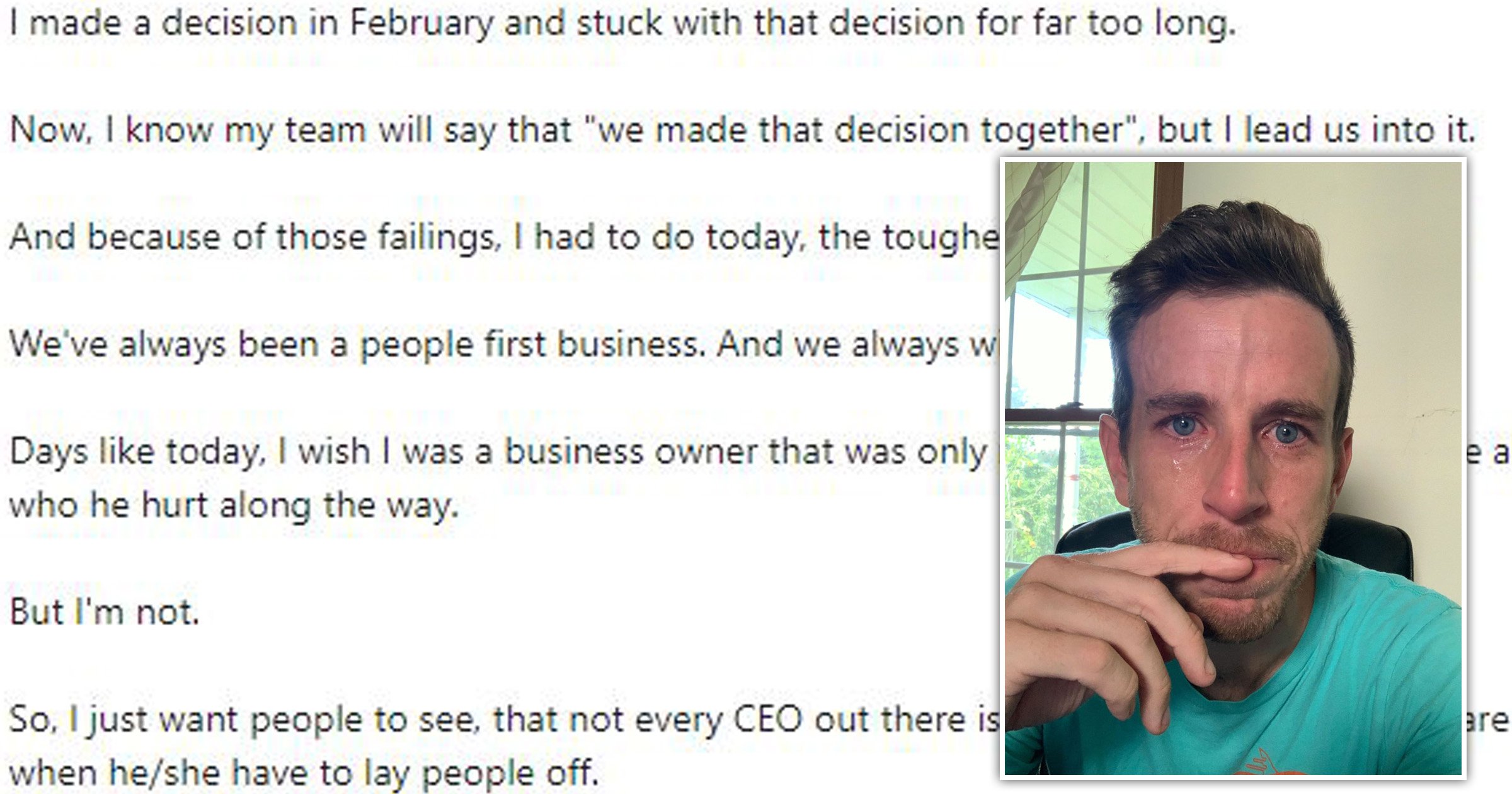 A business owner and CEO who posted a picture on LinkedIn of himself crying after firing staff has come in for some fierce criticism.

Braden Wallake uploaded the tearful selfie alongside a post explaining he had to sack staff from his business-to-business marketing agency Hyper Social.

He described it as the ‘most vulnerable thing’ he will ‘ever share’ after he made two members of staff redundant.

Both former employees were ‘over-the-top nice’ about it, he said. They also ‘assured’ him and his business partner they were ‘going to be okay.’

The post has since gone viral, with many LinkedIn users criticising Wallake for posting about the situation on the workplace social network, rather than doing something to change it.

Wallake, from Colombus, Ohio in the United States, then posted a follow-up to explain he was not trying to ‘victimise’ himself.

‘Hey everyone, yes, I am the crying CEO. No, my intent was not to make it about me or victimize myself,’ he wrote on Wednesday, August 10.

‘I am sorry it came across that way. It was not my place to out the employees’ names publicly,’ he wrote.

‘What I want to do now, is try to make better of this situation and start a thread for people looking for work.’

Wallake did say he had tried to avert the layoffs by reducing his pay to zero from the $250 (£205) a week he had been paying himself.

However, not everyone was happy with the apology.

‘You’re sorry it came across that way? If you were really sorry you would have deleted that post and not even made this post and just started fresh by talking about something else,’ one person wrote.

Another added: ‘You made bad decisions and then stole the moment to make yourself the victim for likes. You are now riding the 15 minutes of fame to loosely promote yourself and/or your brand. Delete it all and don’t do this.’

Some others did defend Wallake as well as using his post as he intended and posting about jobs they are looking for and their relevant qualifications.