Under state law, employees' families are entitled to a payment of more than $860,000 if a loved one dies because of their job, but most contractors, such as gig economy workers for platforms including Uber, are typically excluded. 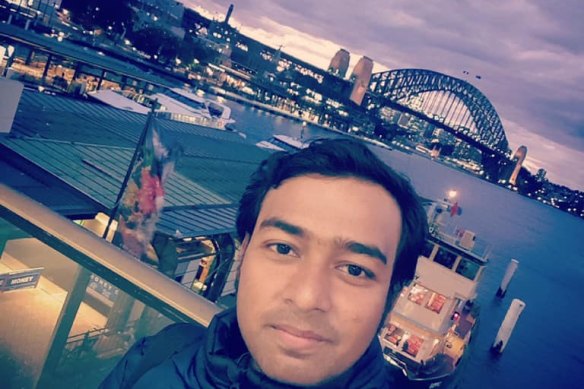 Bijoy Paul, a 27-year-old Uber Eats rider from Bangladesh, was killed in a road incident in 2020.

On Wednesday, the Transport Workers Union (TWU) filed claims with the NSW Personal Injury Commission challenging those decisions by iCare and arguing that both men died in accidents during employment with Uber. It cited the nature of their employment and the degree of control Uber had over them, while the company has consistently defended its contractor employment model, pointing to the flexibility riders get in an approach previously upheld by the courts.

Shimu Paul said her family was still suffering because of her brother's death. "Bijoy was the only son of my parents and was working to support our family," she said in a statement via the union. "My parents deserve justice so that nobody is forced to go through the pain we feel."

Sunatri is overseas and could not be contacted. An iCare spokesman declined to comment, citing confidentiality provisions.

An Uber spokeswoman expressed the company's sympathy to the riders' families and confirmed its insurer had made payments to them. Uber would not answer questions publicly about the value of those payments, but its national policy with Chubb now extends up to $500,000 in the event of a death. It had a maximum of around $400,000 at the time of the deaths.

“The safety of all those who use the Uber platform is fundamental," the Uber spokeswoman said, adding the company last year accelerated the rollout of further road safety measures.

In June this year, the family of a rider with Hungry Panda, another gig economy food delivery company, won a landmark death payout, but each company’s practices are different, forcing the tribunal to decide afresh.

The federal government is committed to giving the Fair Work Commission powers to give gig economy workers similar rights to regular employees but has not set out details of what it would include. Uber and the union agreed earlier this year to support some version of that policy.

“If these riders were killed in any other workplace, there’d be no question as to whether the loved ones they’ve left behind should be financially supported," Kaine said. In addition to backing the creation a federal gig worker rights institution, Kaine said state and territory governments should expand workers compensation schemes.

The NSW government has considered making consumers pay a levy on food deliveries to cover insurance for riders but that has not yet been implemented.