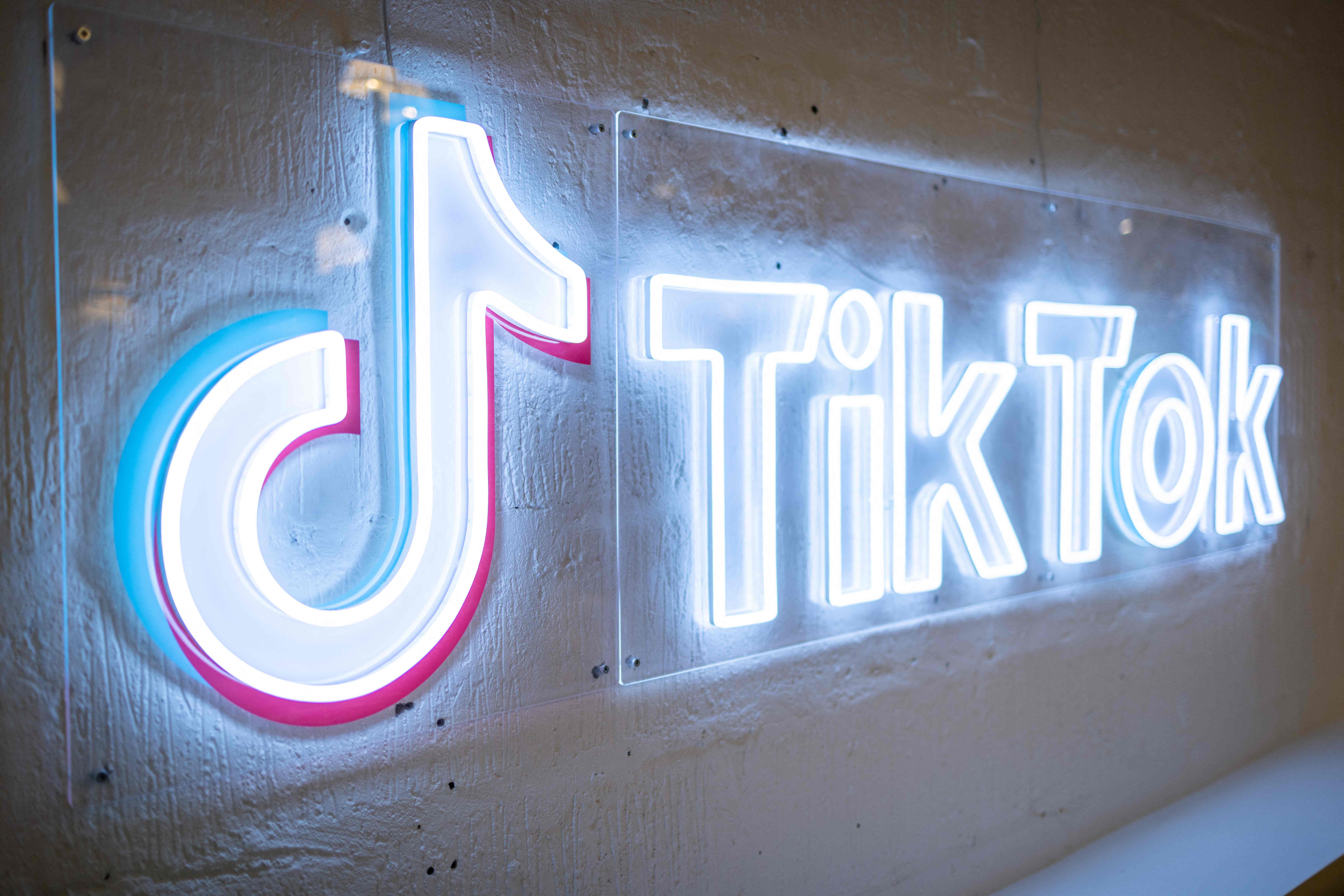 Burnout and dismal work-life balance may be an inevitable consequence for employees working in tech, but one company seems to stand out when it comes to unhappy employees: TikTok.

The wildly popular video app that launched in China in 2016 opened its corporate office in London in October last year.

Since then around half of all original staff on the company’s ecommerce initiative, TikTok Shop, have reportedly quit over unsatisfactory work culture.

The company has an average 3.6-star rating on the job review website, Glassdoor, where employees can anonymously post feedback about their employers.

When it comes to ‘Work/Life Balance’, TikTok employees gave the company an average of 2.7 stars.

Glassdoor boasts 1,673 reviews submitted by TikTok employees and the statements give the impression of an imploding workplace.

‘Avoid like the plague (I was traumatised when I left)’ wrote one former employee.

‘Working 7 day weeks to try and keep up with the work, constant criticism, severe anxiety, I had repetitive strain injury and Carpal Tunnel from spending so many hours sitting at my desk,’

This isn’t a viewpoint posted by just one disgruntled employee leaving scathing feedback on their way out.

Multiple reviews from both current and former employees suggest working for TikTok is less than ideal.

The question is, why?

The problem seems to be one most startups face: they moved too fast and broke too many things.

In this case, it was their employees’ morale.

‘They hired too many people too quickly during the pandemic, meaning that they aren’t able to reward enough people accordingly at each review period,’ explained one employee.

And, just to be clear: TikTok’s growth has been meteoric.

Spurred by a wave of popularity during the pandemic, TikTok was the most downloaded app in 2020 and 2021. It hit one billion users towards the end of 2021 and by the end of this year, it is expected to reach 1.8 billion users.

With the skyrocketing numbers came the money and in 2020, TikTok made an estimated $1.9 billion in revenue of which $1.3 billion came from advertising. Now the app is likely worth around $200 billion, making it the world’s most valuable ‘startup’.

But keeping workers around seems harder than attracting new users. Many complained about the ‘laughable benefits’ like branded water bottles ‘gifted’ at 2 years and branded snacks in the office.

Judging by the Glassdoor reviews, it looks like the company is operating on a revolving door policy with the average tenure of employees being six to eight months.

TikTok declined to comment on this when approached by Metro.co.uk.

Keeping up with growth is one thing, but so is managing the clash of cultures between East and West.

As a Chinese company expanding rapidly into Europe, there has been a cultural dissonance with the management as well.

Even though the London office was the de facto head of the company’s European operations, employees resented that it was the Chinese managers who called the shots from Beijing.

Most of the management in the London headquarters reportedly comes from Douyin (TikTok’s Chinese counterpart) with the strategy being to ‘copy/paste what works in China outside of China’.

This is at odds with TikTok’s claim to be committed to hiring locally and having decision-makers in the markets where it operates to reduce the need for cross-time zone coordination.

With constant team reorganisations ‘every other week’, ‘zero work life balance’ and ‘goals changing every two weeks’, the reviews paint a chaotic picture of working at the social media company.

To add to employee woes were the communication issues as meetings were allegedly conducted in Chinese with ‘team members getting shouted at in company wide meetings’.

Another employee working on Creator Partnerships wrote that people on the same job level were getting paid ‘widely disproportionate salaries’.

Underpaid and frustrated with senior management, it’s no wonder that employees felt like ‘a tiny cog within a big machine’.

Why do people still work for a company that has so many issues? Brand value for one.

The incentive for many employees seems to be to add ‘TikTok’ to their CVs and then go elsewhere for a better salary and benefits.

Of course, many people – often without dependants – are quite prepared to take on a bruising work schedule and relish the chance to be part of TikTok’s success.

However, they have to be prepared to tip the scales in favour of work than life.

‘Work-life balance, mental well-being, and respect for personal time are non-existent concepts. You will be expected to work long hours, get pinged after dinner, on weekends, holidays,’ wrote one employee on Glassdoor.

San Francisco-based Chloe Shih posted a video on YouTube last year explaining why she left her job as a Product Manager at TikTok.

‘TikTok is notorious for having a really intense work culture,’ she told viewers.

‘I think I developed a sleep disorder from working so late into the evenings.

‘Knowing that the majority of the company is awake when I am supposed to be sleeping gives me so much anxiety at night.

‘And because I had no time in the work week I couldn’t really invest in my relationships with my family, my friends or my partner. My evenings were all booked and I would constantly be eating my dinner over work meetings.’

TikTok has admitted that working patterns can be demanding at the company, but says it’s needed to meet customer’s expectations.

‘As with many service businesses, employees in some functions may at times need to work hours that match customer use patterns,’ a spokesperson for the company told Metro.co.uk.

‘We aim to make this the exception rather than the norm, and support our team with flexible working hours, regular no-meeting times, and robust health and wellbeing offerings.’

Despite this, TikTok’s worst job is undoubtedly the ‘Community Content Management Specialist’ which seems, essentially, a glorified title for content moderators.

And nowhere does work/life balance appear to be more out of kilter.

These Community Content Management Specialists are expected to meet hourly targets, working three weekends a month, sometimes four. Working six days a week with two weekends off in a month, they were allegedly required to spend six hours watching videos without a break.

‘You have to moderate aprox 1400 videos in 8h,’ said a current employee working as a TikTok moderator.

‘If you watched less videos than you’re supposed to do for an hour, your TL [Team Lead] will message you and ask you to explain why you watched a smaller amount of videos,’ posted another moderator.

‘Target is 150/170 videos per hour, otherwise you are never on target, work from home is not an option anymore and you all need to do this job in an office so that they control when you go to the toilet,’ they wrote.

TikTok has countered this, saying it encourages employees to take mental health breaks throughout the day at their discretion.

Unfortunately, for the hectic workload, it seems they weren’t fairly compensated either.

‘When you live in London you surely can’t think 25K is enough to live. You have a very high target of videos to watch in a day, it’s draining,’ wrote one former moderator.

‘Even though they are praising themselves for being the most downloadable app they haven’t even adjusted the salary to the 7% inflation rate,’ said a current moderator.

Employees complained of being ‘overworked’ with moderators made to watch a lot of terrible content with ‘little support’. Several employees were allegedly signed off by doctors for burnout and stress.

To top it off, one former employee reported an ‘unethical’ HR department which did not investigate a harassment claim for 3 months.

‘When I decided to leave as it became unbearable, they contacted me to ask me for more details about my complaint. A complete joke, honestly,’ they said.

Meanwhile, a business development manager complained the Chinese company had no compassion for working parents, for example, little sympathy for childcare commitments despite saying that it would be fine at the interview stage.

Diversity is also an issue where some employees claimed that salaries were dependent their native language.

‘Some nationalities earn more for the same job. Eastern Europeans e.g. tend to receive lower pay, even if their team performance is far better,’ they wrote.

In 2020, TikTok hired more US engineers to reduce its reliance on its Chinese staff and even set up a team in California to oversee data management.

While many Chinese apps like WeChat have failed to succeed outside of China, TikTok has managed to establish itself in the Western market.

And it looks set on continuing along this upward trajectory as the company is poised to grow over 200% to become a $12 billion business, according to Barclays.

Last month, the company reportedly laid off some US staff and told workers in Europe and the UK that their jobs were at risk as part of a ‘larger re-organization effort’.

However, TikTok says it’s continuing to rapidly expand its UK TikTok Shop team in line with the growth of the business.