Ukraine: A look at Donetsk after shelling

The news comes as day 166 of the Russian invasion of Ukraine continues to see Vladimir Putin’s forces attempt to gain further ground in eastern Ukraine in spite of formidable resistance by defences. Russian forces are concentrating efforts to gain full control of eastern Ukraine’s Donbas region as it stepped up attacks north and northwest of Donetsk city, as well as attacking the towns of Piski and Avdiivka.

However, the latest intelligence report by the British Ministry of Defence (MoD) paints a worrying picture about the use of the controversial PFM mines.

It reads: “Russia is highly likely deploying anti-personnel mines to protect and deter freedom of movement along its defensive lines in the Donbas.

“These mines can inflict widespread casualties amongst the military and the local civilian population.

“In Donetsk and Kramatorsk, Russia has likely attempted employment of PFM-1 and PFM-1S scatterable anti-personnel mines.

“Commonly called the ‘butterfly mine’, the PFM-1 series is deeply controversial, indiscriminate weapons.” 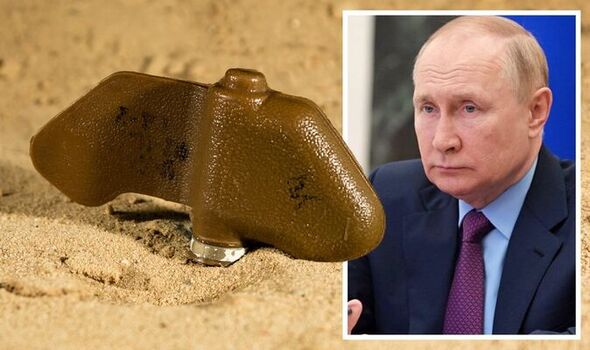 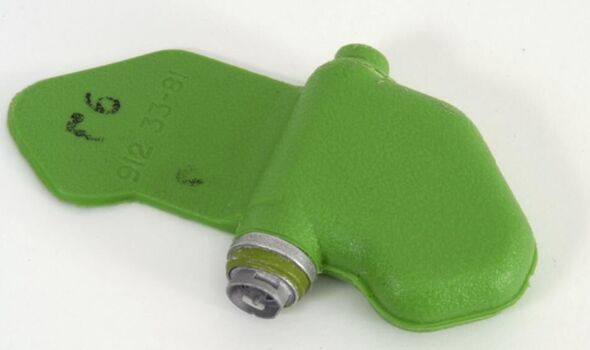 Speaking of the previous use of such mines in the Russian occupation of Afghanistan, the report continued: “PFM-1s were used to devastating effect in the Soviet-Afghan War where they allegedly maimed high numbers of children who mistook them for toys.

“It is highly likely that the Soviet-era stock being used by Russia will have degraded over time and are now highly unreliable and unpredictable.

“This poses a threat to both the local population and humanitarian mine clearance operations.” 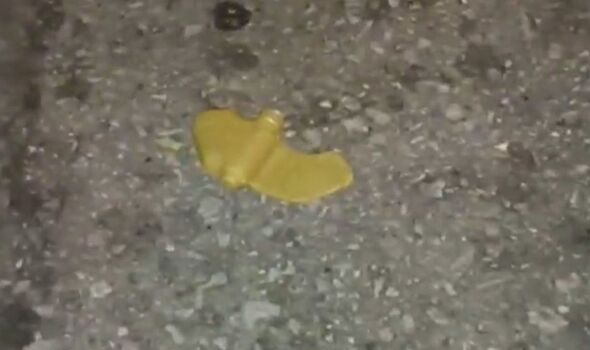 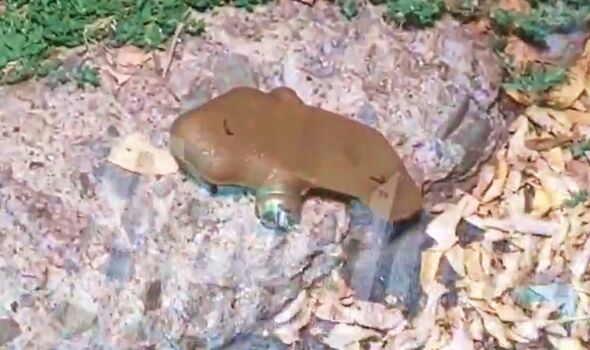 The PFM-1 mine type is also known as the “Green Parrot” and easy to see why children may mistake the mine for a toy.

Moulded in a green, polythene plastic, it is 112mm x 60mm x 15mm high and has two “wings”, one much thicker than the other.

This acts as the pressure activation for the mine fuze, contained in the central body, whilst the other, thinner “wing” has no function other than to act as a stabiliser during the delivery phase.

Pressure in excess of 5kg would activate the mine, which contained 40g of liquid explosive. 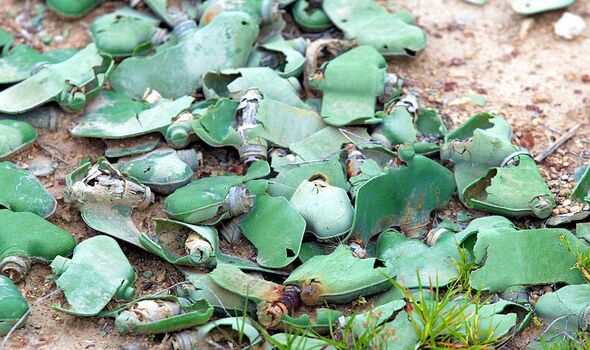 According to one report, with unverified footage, the mines have been allegedly “raining down” in built-up areas of Donetsk, with cars having wheels blown off as they pass over the small green devices.

Forbes magazine, also reporting on the mines said: “In another clip, frightened pedestrians pick their way along the sidewalk avoiding the explosive hazards.

“The big question is who is responsible for this attack – though for local residents demining their neighbourhood may be a more urgent issue.”

The volume of images and videos from Donetsk suggest a definite, deliberate, large-scale attack on a civilian area.

Reports mention people injured but there have been no reports of deaths yet. 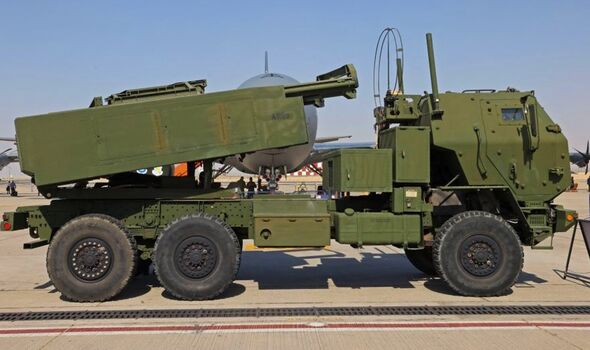 The use of the mines is coupled with the use of inaccurate long-range Soviet-era missiles due to the arrival of western supplied HIMARS missiles which have pushed back Russian forces and supply chains.

Speaking of the effective use of the HIMARS in defeating Russian advances, the Mayor of Melitopol, Ivan Fedorov wrote on Telegram: “Today, high-precision HIMARS missiles fired at the points of temporary deployment of the occupying forces at industrial sites in various districts of the city of Melitopol.

“Last week, the occupiers redeployed a significant part of air defence from Melitopol to Kherson.

“Tonight is the most effective and shows that the existing enemy air defence units are no longer able to resist HIMARS.

“The weakening of the air defence system creates the necessary prerequisites for a successful counteroffensive in the direction of Melitopol.”