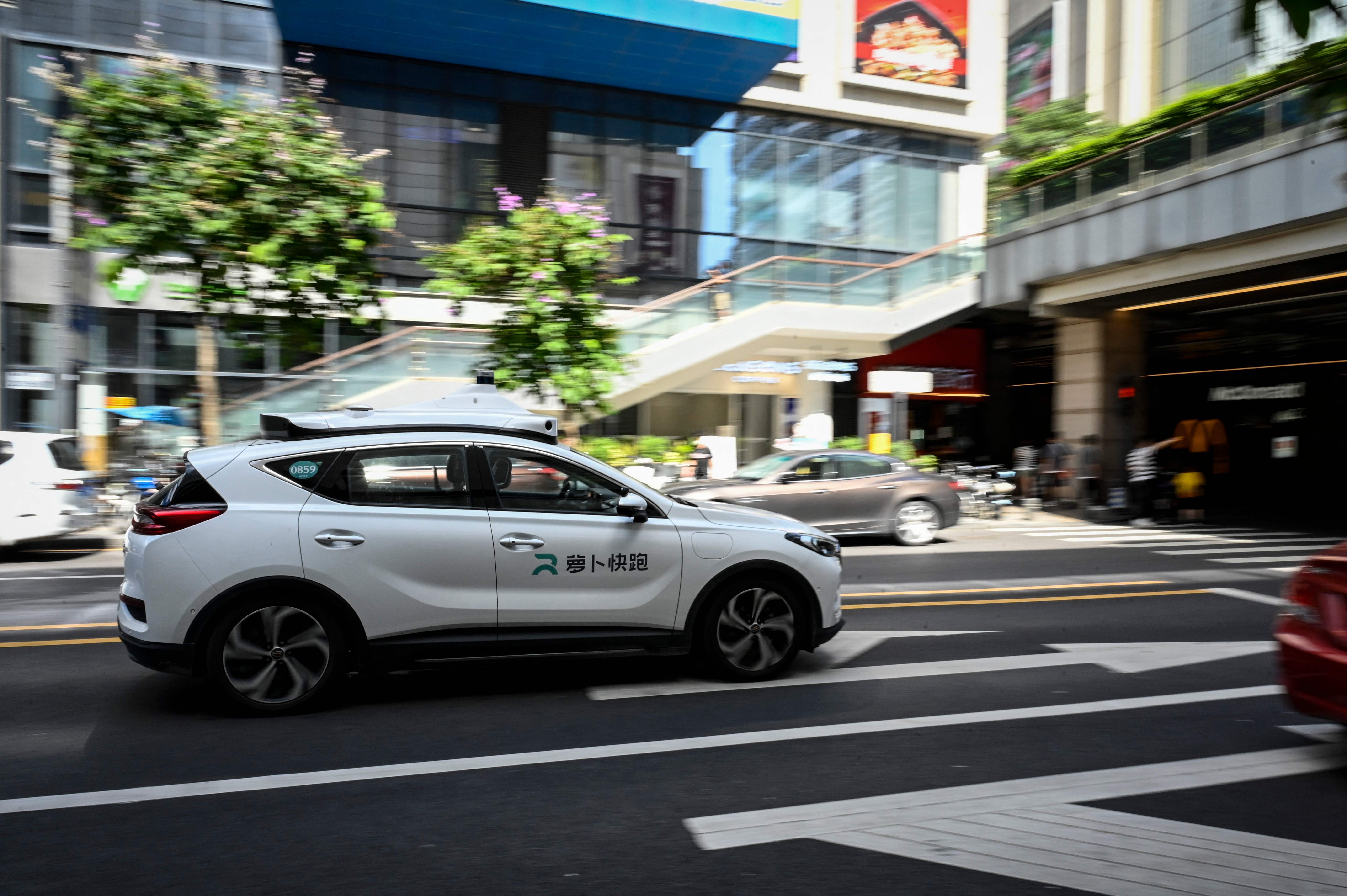 Driverless taxis are a reality in China as search engine giant, Baidu, is set to operate the country’s first fully driverless robotaxi services.

Baidu said that it had obtained permits to operate fully driverless robotaxi services on open roads from two Chinese cities marking a ‘turning point’ in China’s policy-making towards autonomous driving.

The permits which come into effect on Monday, allow commercial robotaxis to offer rides to the public without human safety drivers in the car.

‘If we think of the exploration of space, this moment is equal to landing on the moon.’

At first, Baidu will deploy a batch of five fee-charging robotaxis in each city, where they will be allowed to operate in designated areas from 9 am to 5 pm in Wuhan and 9:30 am to 4:30 pm in Chongqing, the company said in a statement.

The Chinese cities of Beijing, Shanghai and Shenzhen have also allowed robotaxi operations by companies including Baidu and Pony.ai in restricted areas. But the rules still require them to have a safety driver in the passenger seat.

Baidu is also in talks with local governments in Beijing, Shanghai and Shenzhen, to secure licenses within a year to test fully-driverless and unpaid robotaxis in those cities, according to Wei.

China’s Ministry of Transportation is drafting rules to regulate the self-driving industry while encouraging the use of autonomous vehicles as taxis in easily controlled scenarios in low-traffic situations.

‘The management of transportation with autonomous driving vehicles should stick to the principles with safety as the top priority,’ the Ministry of Transportation said in the drafted rules.

China’s efforts to fast-track autonomous vehicle trials and permits come as US regulators are also pushing ahead with milestone-setting autonomous driving policies.

US states like Arizona have already been allowing self-driving trucking companies to operate without human drivers.

In January, driverless taxi service, Cruise received a permit to offer paid and fully driverless rides from 10 pm to 6 am in select streets in San Francisco.