A mysterious sinkhole appeared in northern Chile over the weekend that is, frankly, gigantic.

Measuring about 25 metres (85 feet) in diameter the massive hole opened up in a mining area and is still growing.

Chilean media showed aerial images of the sinkhole which is probably the only way to do it justice.

The hole appeared on a copper mine, about 665 kilometers (413 miles) north of Santiago.

Chile’s National Service of Geology and Mining became aware of the sinkhole on Saturday and has reportedly sent specialist personnel to the area.

‘There is a considerable distance, approximately 200 meters (656 feet), to the bottom,’ the agency’s director David Montenegro said.

‘We haven’t detected any material down there, but we have seen the presence of a lot of water.’ 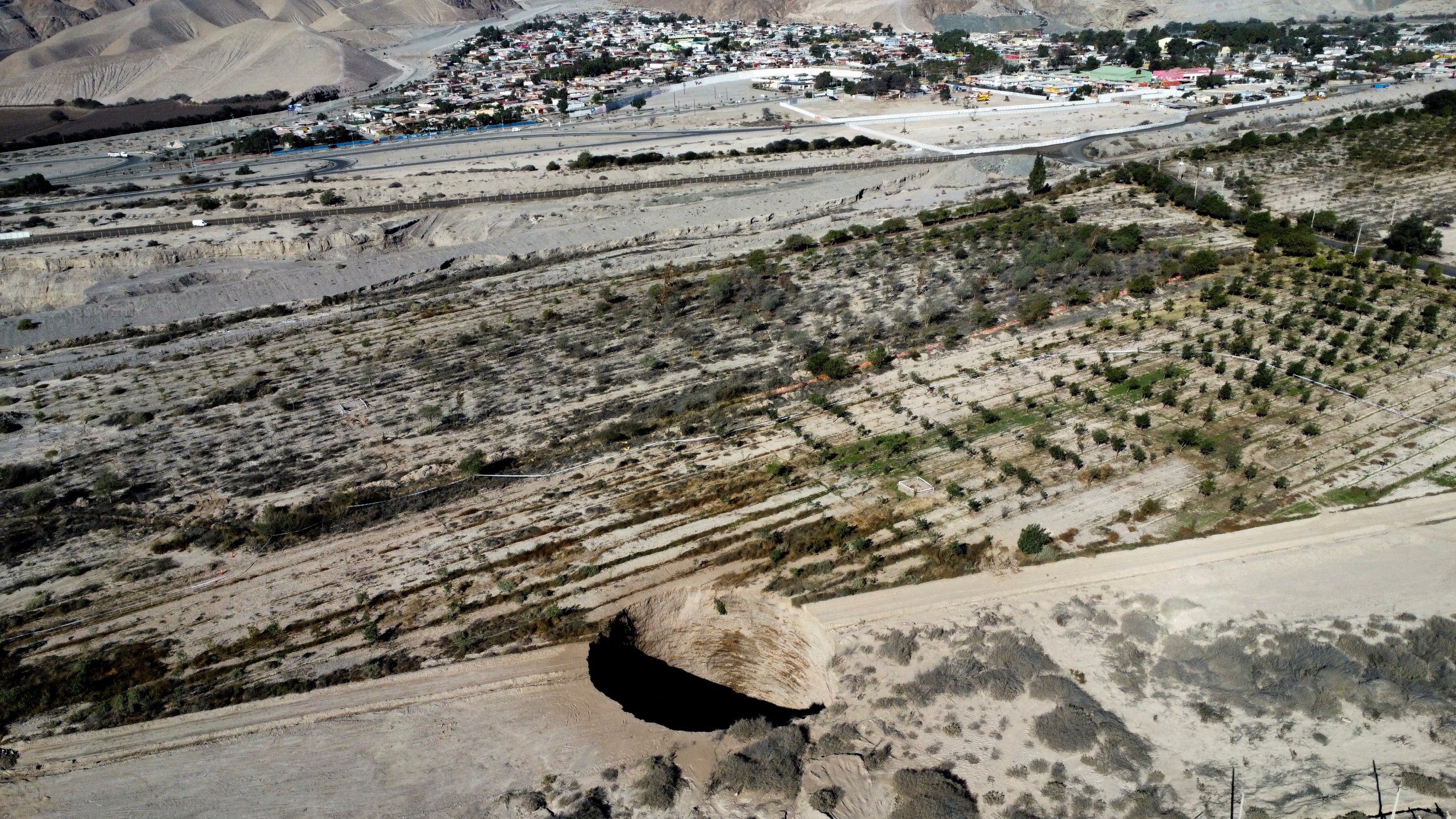 Officials have closed the entrance to the mine, which is located near the sinkhole. Obviously, nobody wants a wayward employee to take a misstep and end up in the Upside Down.

In a statement released yesterday, the Canadian company that owns the mine – Lundin Mining – said the sinkhole did not affect any workers or community members.

In a statement released on Monday afternoon, Lundin Mining said the sinkhole did not affect any workers or community members.

‘The closest home is more than 600 meters away while any populated area or public service are almost a kilometer away from the affected zone,’ the statement said.