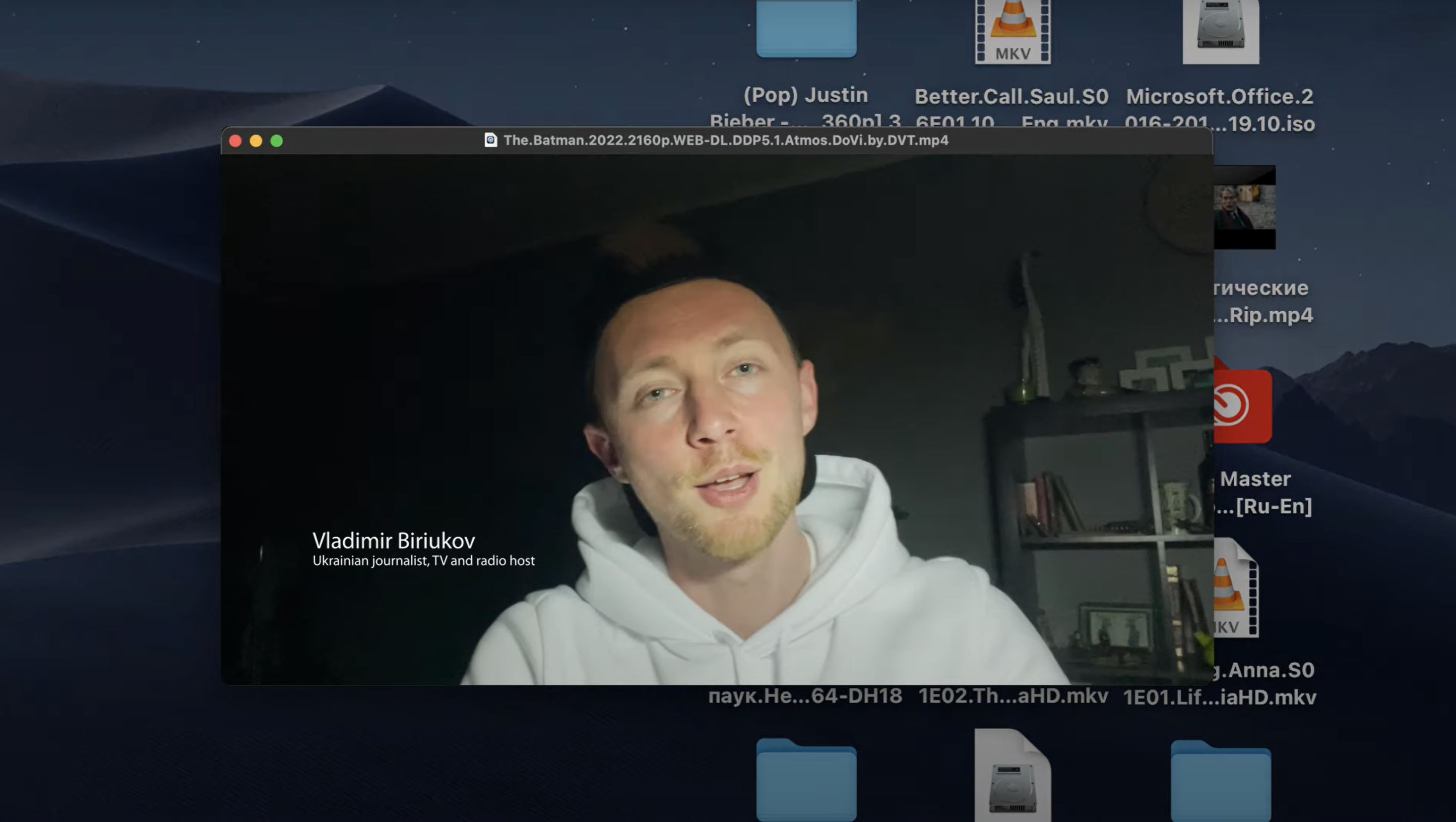 As the conflict in Ukraine continues unabated, Russia is increasingly finding itself cut off from the rest of the world.

Western companies and organisations have pulled their services from Russia, leaving citizens to scramble to find alternatives.

As a result, Russians have turned to illegal piracy to get hold of content.

And it’s provided an unexpected way for a group of enterprising Ukrainian journalists to bypass Russia’s state-run filters and get to the country’s citizens.

Having lived and worked in Russia between 2010 and 2013, I knew all too well of the terrible Soviet propaganda machine, and how it deceives the Russian people – telling them half-truths, sometimes outright lies, and ignoring facts.

Therefore, I made a 10-minute video myself for Torrents of Truth. It was extremely emotional, recounting the horrendous things I’d seen.

‘But all of this can be stopped if you speak the truth, if you don’t remain silent,’ I said at the end. ‘If you send this video and other videos related to the war to other people.’

Torrents of Truth is a campaign that uses torrent files promising the likes of The Batman or Better Call Saul to infiltrate Russian homes.

‘In order to circumvent the extreme censorship raging as we speak across Russian media, we enabled journalists to upload reports about Ukraine camouflaged as pirated torrents of popular movies, series, softwares, music and books in Russia,’ explains the campaign’s website.

The messages that interupt the content are communicated in Russian and the voices are those that Russians can relate to.

The thinking behind it, from Guillaume Roukhomovsky, the campaign’s founder is that most Russians simply don’t know what’s going on because the state’s control over media is all-consuming.

Roukhomovsky, a French director at the 72andSunny creative agency, has Ukranian roots. He sees the Russian appetite for pirate content as the perfect delivery system for his guerilla information campaign.

Journalists like Volodymyr Biriukov – a Ukranian radio host – are then recruited to film and deliver the messages that are disguised as popular torrents and uploaded to the internet.

The very thing that makes torrent sites hard to shut down also makes them hard to silence from by a state-owned entity.

The peer-to-peer transmission network simply springs a new source or a proxy the second an existing one is closed.

Although it’s difficult to measure the scale of the impact the campaign is having – besides seeing the number of seeders each fake torrent gets – there’s no doubting the inguinuity of those behind it.