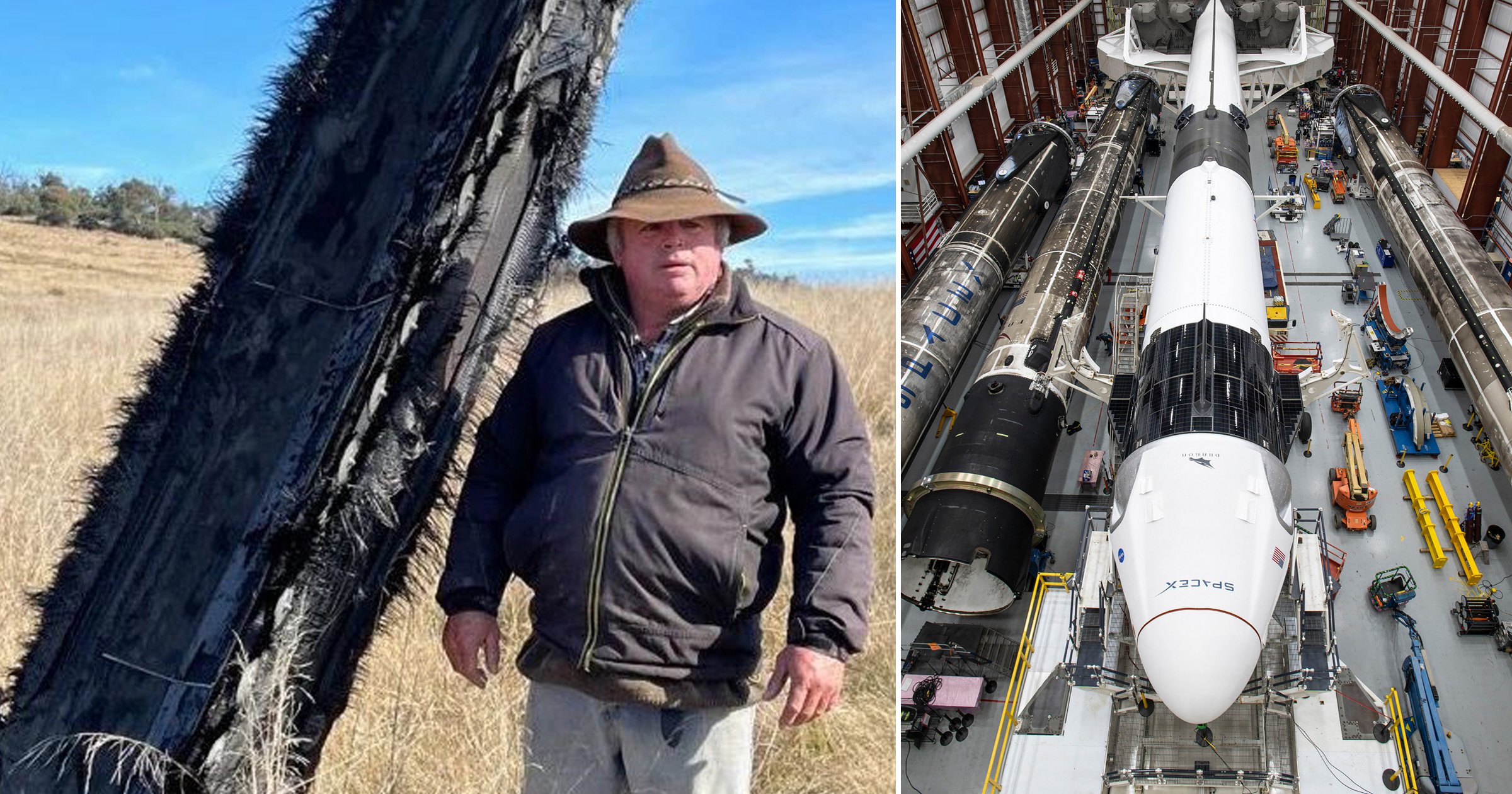 A three-metre long piece of junk from a SpaceX rocket has come crashing back down to Earth, and landed in a farmer’s field.

Mick Miners, from Jindabyne in New South Wales, found the wreckage after his daughters reported hearing a loud bang.

Tucker concluded the junk had been in space since November 2020 and was a part of the SpaceX Crew-1 mission. The manned flight that took two astronauts to the International Space Station.

‘SpaceX has this capsule that takes humans into space but there is a bottom part… so when the astronauts come back, they leave the bottom part in space before the capsule lands,’ Tucker explained on local radio station 2GB.

According to Tucker, the part was supposed to splash down in the ocean, rather than coming to rest in Miners’ paddock.

‘There was a plan of having it come down on Earth and purposely hitting the Earth’s atmosphere so it would break apart and land in the ocean,’ he said.

‘We saw most pieces land in the ocean but clearly some hadn’t because this three-metre piece was speared into the ground from space.’

Apparently, from a distance the piece of space junk looks just like a burnt tree.

And despite it coming down to land in a farmer’s field, it’s still owned by SpaceX.

‘The Australian Space Agency is now handling it because there is actually a legal protocol… so technically it’s still SpaceX’s,’ Mr Tucker explained.

If Elon Musk’s private space company want the rocket’s remains back again, they’ll have to pay both Mike Miners and his neighbour Jock (who also had a piece of space junk land on his property) to retrieve it.

Local reports claim large numbers of people in New South Wales saw an explosion and heard the crash of the piece of space junk coming back down to Earth.

to investigate when his daughters heard a loud bang.