Researchers were conducting an excavation in the Abusir necropolis, near Saqqara in Egypt, when they discovered evidence of a mud-brick building and quartz blocks. But this find among the site consisting of 14 royal pyramids mastabas and tombs, could be special.

That is because officials from the Egyptian Ministry of Tourism and Antiquities claim it could the remains of an ancient lost sun temple, one of just four.

Sun temples were constructed to honour the Ancient Egyptian god Ra, the god of the sun, order, kings and the sky.

The building was discovered by the joint mission by Italian and Polish archaeologists, who found the suspected sun temple under the temple of King Nyuserre.

The Egyptian Ministry of Antiquities and Tourism said in a statement: “The building is accessible through an entrance built in limestone rock, leading to an area with a paved floor and containing huge blocks of quartz.” 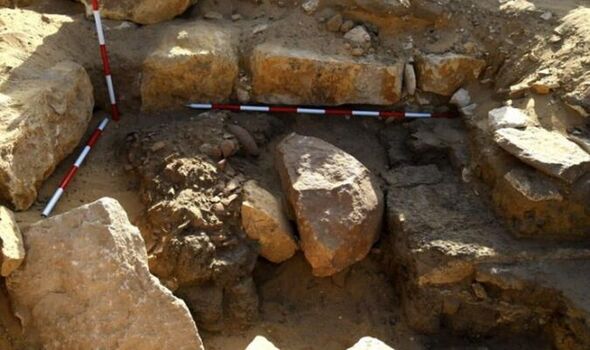 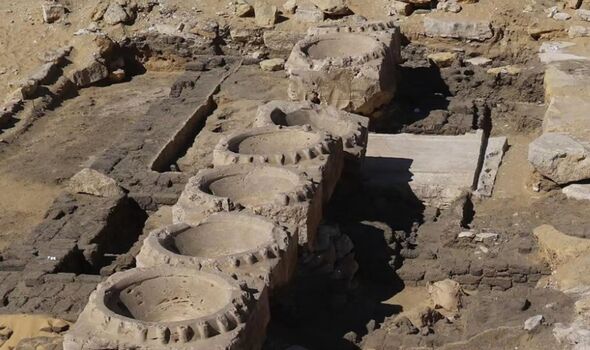 It added: “Preliminary studies indicate that the new discovery may be one of the four lost sun temples that date back to the Fifth Dynasty.”

Part of the building was reportedly demolished by the king to construct his temple, according to the ministry.

A number of ceramic pots and beer glasses were found inside the building, the ministry said.

Red rimmed containers that were thought to be used in temple rituals and ceremonies were also found.

By studying the pottery, in particular, archaeologists are hoping to gain new insights as to Ancient Egyptians alive during the Fifth Dynasty lived. 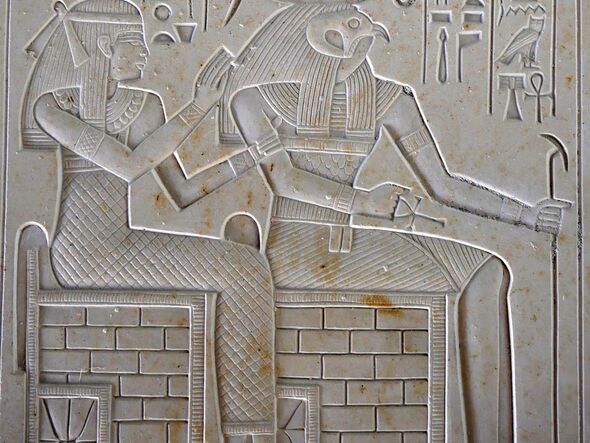 The Italian and Polish archaeologists also discovered some muddy stamps bearing the names of kings from the Fifth Dynasty.

The first sun temple was first discovered way back in 19th century.

Back in 1898, archaeologists the sun temple of Nyuserra, who was the sixth king of the Fifth dynasty.

in 2021, new information about this find was brought to life. 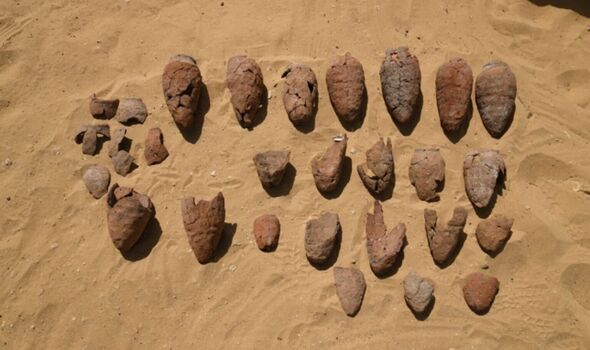 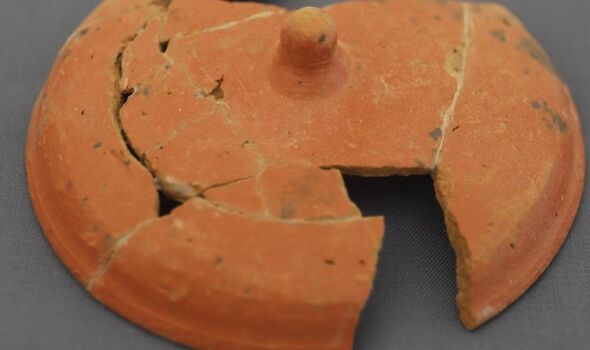 Excavation co-director Massimiliano Nuzzolo, an archaeologist at the Polish Academy of Sciences, who took part in the 2021 discovery, said: “The archaeologists of the 19th century excavated only a very small part of this mud-brick building below the stone temple of Nyuserra and concluded that this was a previous building phase of the same temple.

“Now our finds demonstrate that this was a completely different building, erected before Nyuserra.”

He added: “The main purpose of the temple was that of being the place for the deification of the living king.”

Jimmy Dunn for Tour Egypt, claims that six of the Fifth Dynasty’s seven pharaohs had sun temples built for them.

But only two of the temples have ever been found.

Prod Nuzzolo claims that the information sources have unveiled imply that the sun temples were all built around Abu Gharab.