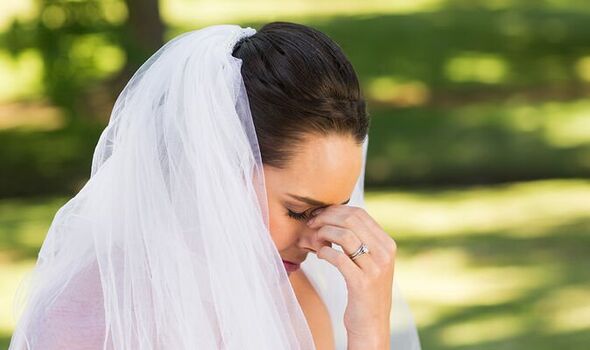 Taking to Reddit, the anonymous user who goes by the name u/Fuzzy_Honeydew_828, told how she recently got married to her soulmate. During the ceremony, she walked down the aisle with her mum and stepdad.

Her decision to go against “conventions” did not go down well with her dad, who in his outrage, refused to attend the wedding and has not spoken to her since.

In need of advice, the recent bride posted on the thread Am I the a*****e (AITA).

She wrote: “Me and my husband got married two days ago. My mother and stepfather walked me down the aisle.

“My father and my mother had me when they were very young. They were both in conflict for the first couple years of my life and my dad ended up leaving us.

“My mum went through a court case and ended up getting full custody of me, which wasn’t that hard as my dad was nowhere to be found.

“A year after getting custody of me, my mum met my stepdad and fell for him immediately.

“They dated for a couple years then eloped. My stepdad legally adopted me and we were one happy family.”

She added that when she was 15 she reconnected with her biological dad.

He told her that his reason for leaving was due to him not being financially stable at the time and it was having a negative impact on his mental health.

“I forgave him as he is still my father and I wanted a relationship with him.

“I started meeting with him once a week and started building an ok relationship with him.

“I still wasn’t 100% sure about him but I wanted to give him a second chance.

“When I went to university me and my dad grew out of touch a bit and I would only see him a couple times a year but I always had a relationship with him,” she wrote. 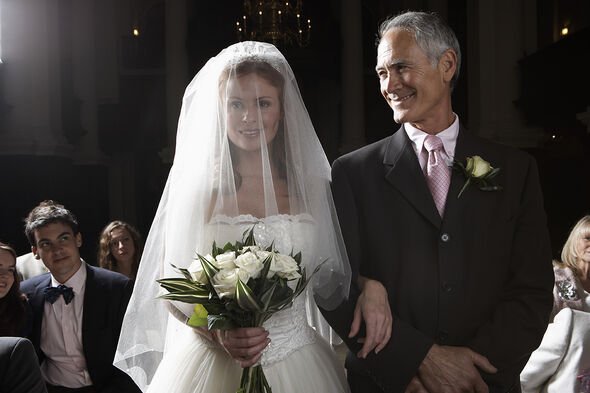 Fast forward to three-months ago and the woman’s fiancé proposed to her.

Immediately afterwards she phoned her mum and stepdad to tell them the news.

“I asked them at a dinner a week later if they could walk me down the aisle and if my stepdad could give me away.

“They said yes and my stepdad was so overjoyed that I thought of him that he even cried when I asked him,” she added.

A few days later, the woman received an angry phone call from her dad.

He asked her why she had not told him the news sooner, adding that it was embarrassing to find out at the same time as “some random friend” of her fiancé.

Her dad then demanded to walk her down the aisle, to which she responded “My mum and Josh (stepdad) are walking me”.

Furious, he said: “You’re supposed to be walked by your father not some tramp your mum found on the street.”

Deflated, his daughter told him: “He’s not some tramp and legally he is my father. He adopted me while you were god knows where after you left me. He’s more of a father than you ever were and ever could be.” 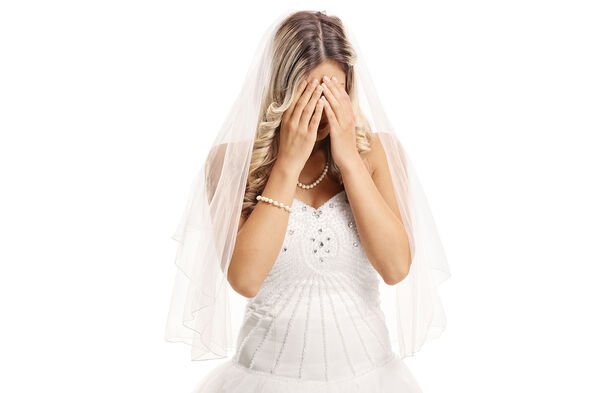 She ended the post with: “He responded to the wedding invite with a ‘Cannot attend’ and hasn’t spoken to me since.

“I don’t know what to do as I do want him in my life but should I have just let him walk me down the aisle?”

Redditors flooded to the comments to offer u/Fuzzy_Honeydew_828 advice.

One person wrote: “His reaction says everything about him, it’s not about you at all. He can’t take back those life choices or redo all the missed years. He now sees the consequences and they hurt. That’s his problem, not yours.”

A second person said: “The guy is probably more concerned with how he would look if his daughter rather have her real father walk her down instead of her bio father.

“Shows what kind of self centered man he is. Couldn’t be bothered staying in touch with his daughter, because me me me. And now he expects to walk her down, because he is in her life for some years again. Again me me me.

“Also talking down on the man that raised ‘his’ daughter, instead of being grateful that that guy actually cared enough about [original poster]”.

A third person added: “He doesn’t skip out on all the difficult parts of parenting just to do the fun parts. Your Dad is walking you down the aisle your sperm donor isn’t.”

A fourth person commented: “I think your dad is confusing your guys’ reconciliation with being an actual father.

“Just because you guys are on good terms of course does not mean he’s entitled to do fatherly things (for obvious reasons) and I think that is where he’s mistaken.

“It’s not your fault he’s mistaken and if he’s hurt, that’s not on you either.

“It’s on him for having the warped expectation of suddenly being a ‘father’ just because you guys are cordial. He’s being very immature and entitled.”

The British tradition of fathers walking their daughters down the aisle and “giving them away” dates back to the middle ages.

Daughters were considered property, owned by their father, so giving away the bride was a transaction in which the father sold the daughter to the groom.