Much has been made lately of Twitter bots and their ability to manipulate and distort conversations, including Elon Musk abandoning his plans to acquire the social media service, and accusations that Hollywood director Zack Snyder orchestrated a campaign to make his Justice League film seem more popular.

On a social platform such as Twitter — which can have an outsized influence on political opinion and cultural discourse — a few dozen extra likes or retweets, or a network of accounts dedicated to pushing an agenda, can mean the difference between an issue going largely unnoticed and becoming a trending topic. The incentive for manipulators is clear, so how bad is the problem really? 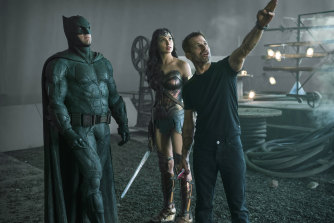 Director Zack Snyder has been linked to a bot-driven campaign that led to the re-release of Justice League.Credit:AP

Bots often appear as normal Twitter accounts, but rather than being controlled by a person, they’re controlled partly or wholly by software. They can be programmed in patterns as simple as following certain accounts or tweeting out automated messages, or as complex as seeking out specific conversations to boost or disrupt.

These inauthentic accounts have been manipulating Twitter since the moment the platform had cultural cachet, with dodgy operators selling likes and follows to people looking to inflate their apparent importance. Twitter and platforms like it have largely trained us to recognise that more followers means more influence, and that a statement with more likes is more widely supported, which makes things easy to fudge.

But the issue has become vastly more complicated since then.

In 2018, Twitter admitted that more than 50,000 Russia-linked accounts used the platform to post automated material about the 2016 US election, manipulating discourse to either confuse and derail discussions or promote Donald Trump as a preferable president.

During the early phase of the pandemic, a Carnegie Mellon study found that almost half of the Twitter accounts calling for an end to lockdown orders were likely bots. Looking at more than 200 million tweets that referenced COVID-19, it found that 82 per cent of the top 50 retweeters were bots.

These were not people looking to make their opinion more authoritative, but anonymous entities manipulating Twitter discourse in the hopes of affecting real-world change. They understand how many opinions are informed and reinforced online, and how a campaign of inauthentic users can inspire legions of real people to carry their message.

This was apparently the case with the Zack Snyder campaign, as reports commissioned by WarnerMedia and detailed by Rolling Stone say at least 13 per cent of accounts involved in the conversation were inauthentic. According to the reports, a campaign of abuse against several movie-makers and executives, as well as hashtag movements such as #ReleaseTheSnyderCut, were powered by thousands of real people but also directed and assisted by an army of bots.

The movements and hashtags surrounding Zack Snyder were enough to effectively turn Justice League from a stunningly unsuccessful film to a triumph of dedicated fandom, at least in the eyes of the public. But if, as Rolling Stone insinuates, it was driven by bots, then the fandom was actually manipulated and weaponised to force Warner Bros to pay $150 million re-releasing a movie nobody liked.

As far as Elon Musk goes, there’s every indication that the Tesla and SpaceX chief executive is merely jumping on the idea of rampant bots as a way to back out of a deal he no longer wants, but the issues he’s pointed to could still be quite real. 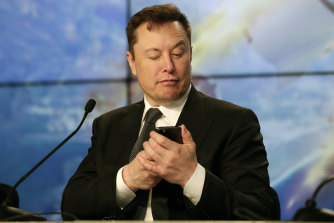 Twitter is suing Elon Musk after he abandoned the deal.Credit:AP

In regulatory filings, Twitter has said that less than 5 per cent of its monetisable user-base were bots, but security researchers have estimated it could be more like 20 per cent. The Tesla and SpaceX boss has implied it could be 50 or 90 per cent for all he knows, and has pointed to claims by others that the follower count of high-profile Twitter personalities is often half bots.

Earlier this month Musk abandoned his planned $65 billion aquisition of the company, saying his offer was predicated on the 5 per cent figure, and that Twitter has refused to prove it. He’s previously likened the situation to agreeing to buy a house that’s 5 per cent termites, and then finding out it could be 90 per cent termites.

Not all bots are bad of course, and plenty of people use them to make funny, interesting or useful accounts. For example, @dscovr_epic tweets a picture of the Earth from orbit every hour, @earthquakeBot sends a message any time a tremor exceeds 5.0 on the Richter scale, and @MagicRealismBot sends out an AI-generated story synopsis every four hours.

But if you take Musk’s concerns at face value, you can see how a large number of bot accounts on the platform poses a big business problem as well as a cultural one. For someone looking to monetise Twitter, having half of all potential eyeballs being robots with no interest in advertisements is not ideal. Even numbers around demographics and trending topics are skewed from an advertising point of view if you have a huge amount of automated accounts trying to get their messages noticed.

This month Twitter said it was booting a million fake accounts from the platform every single day. But that doesn’t really address the fact that the measures of value we instinctively use on Twitter, to determine if someone or some idea is influential and popular, are misleading and open to manipulation.