An anonymous bidder purchased a 10-foot-tall complete skeleton of a Gorgosaurus dinosaur for $6.1 million, along with the rights to name the fossilized creature, during Sotheby’s Geek Week auction in New York City.

The 20-foot-long specimen was estimated to fetch between $5 million and $8 million, but the final sale has made it ‘the most valuable dinosaur ever sold at auction.’

The first Gorgosaurus was found in Alberta, Canada, in the early 1900s and the recently sold skeleton was discovered in 2018 at the Judith River Formation near Havre, Montana.

The Gorgosaurus is a relative the Tyrannosaurs rex, but predates it by 10 million years. It was smaller that its ancestor – a T-rex grew up to 40 feet in length and 12 feet in height.  The Gorgosaurus also features a bony plate over the top of its eyes and is believe to sport patches of feathers on its body.

The skeleton was the highlight Sotheby’s natural history auction, which included other fossilized remains such as a giant triceratops skull and a raptor’s ‘killing claw.’

Bidding for the prehistoric beast began online July 20 and finished with a live auction on Thursday. Sotheby’s did not reveal the buyer. 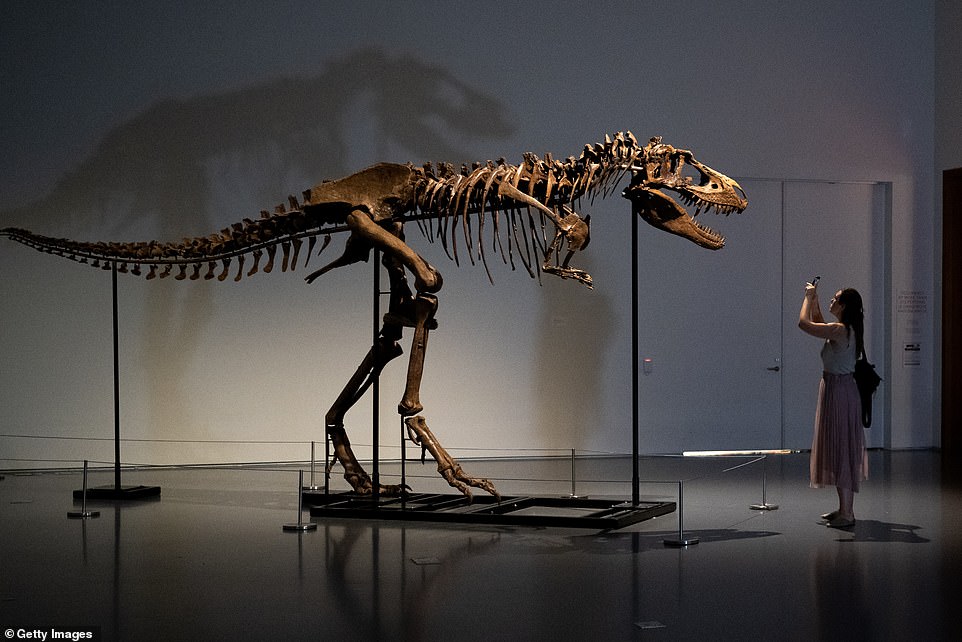 An anonymous bidder now owns a giant 10-foot-tall skeleton of a Gorgosaurus dinosaur, in which they paid $6.1 million 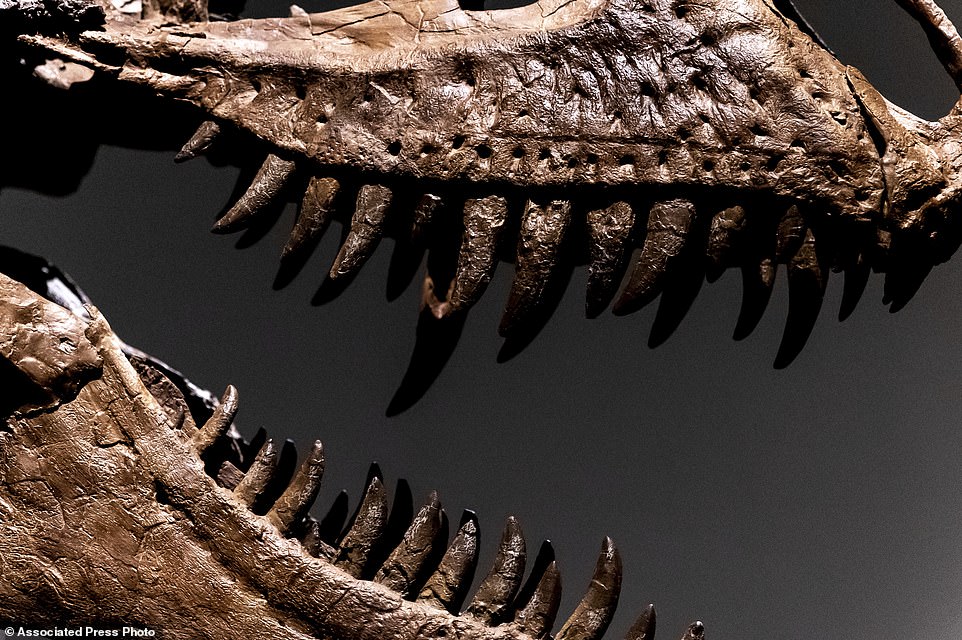 The Gorgosaurus was an apex carnivore that lived in what is now the western United States and Canada during the late Cretaceous Period. It predated its relative the Tyrannosaurus rex by 10 million years 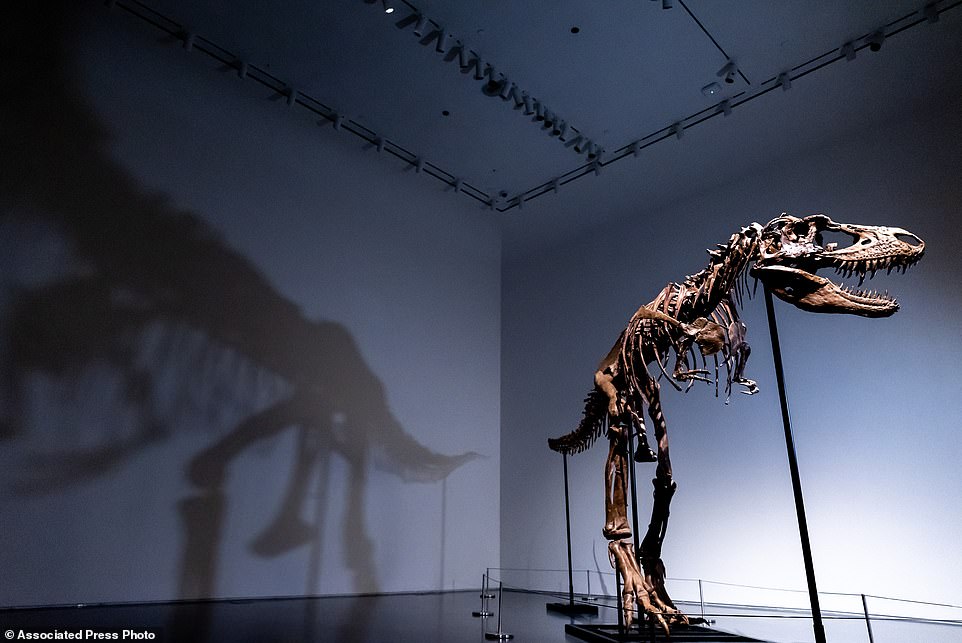 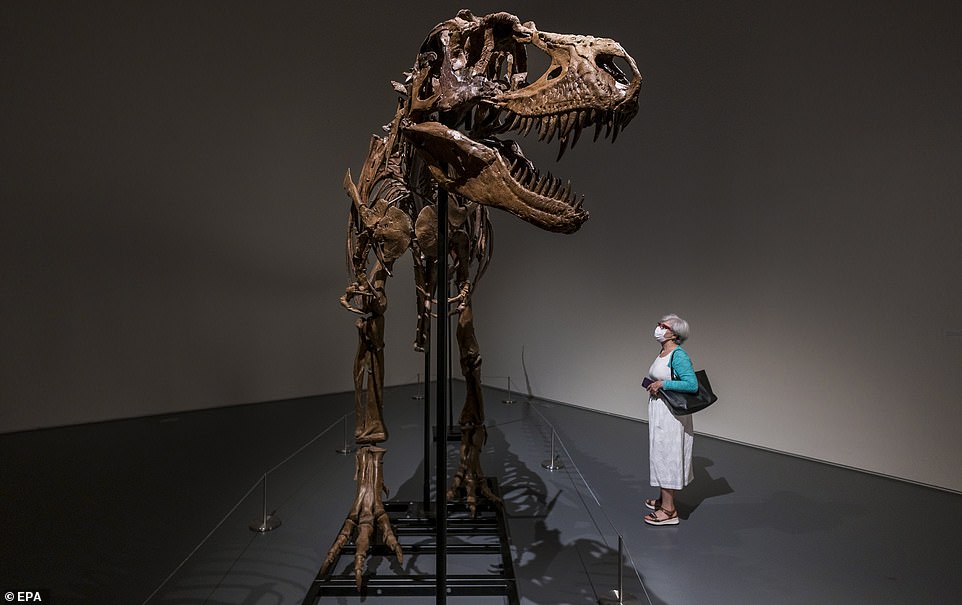 The 20-foot-long specimen was estimated to fetch between $5 million and $8 million, but the final sale has made it ‘the most valuable dinosaur ever sold at auction’

The Gorgosaurus, which roamed the Earth about 76 million years ago, predates its relative the T-Rex relative by 10 million years.

Its name means ‘fierce lizard,’ as it was an apex carnivore that lived in what is now the western United States and Canada during the late Cretaceous Period.

Cassandra Hatton, Sotheby’s global head of science and popular culture, said in a statement earlier this month: ‘The discovery was particularly exceptional due to the rarity of Gorgosaurus material south of the Canadian border, this being one of only a tiny handful to be found in the United States. 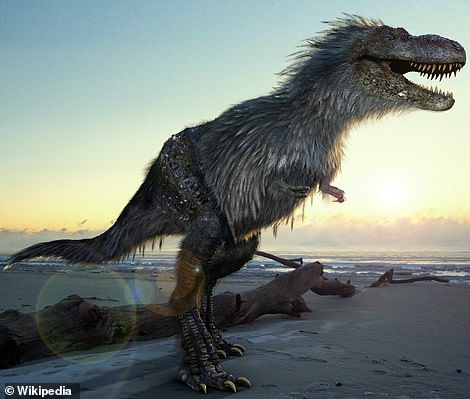 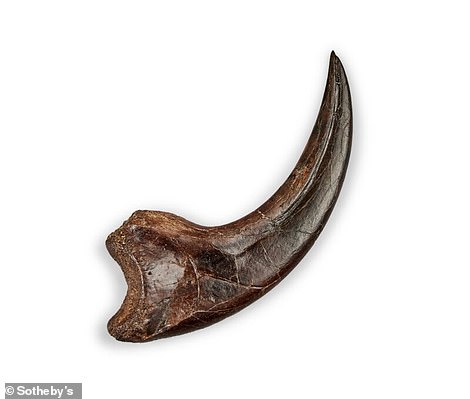 The Gorgosaurus features short arms like its relative the T-Rex and is believed to have had feathers. There were other prehistoric remains at the auction, including a dakotaraptor’s ‘killing’ claw 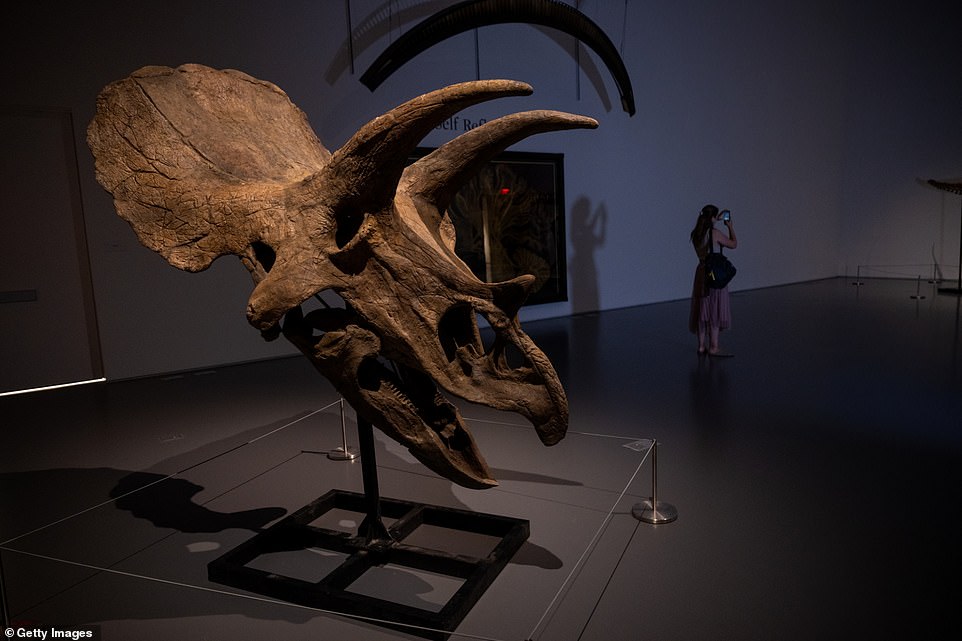 All of the other known Gorgosaurus skeletons are in museum collections, making this one the only specimen available for private ownership, the auction house said.

There are at least 12 complete or nearly complete skulls of Gorgesauruses known to scientists, according to Live Science.

Sotheby’s Natural History category included other fossilized remains of prehistoric creatures, one being a ‘killing’ claw. 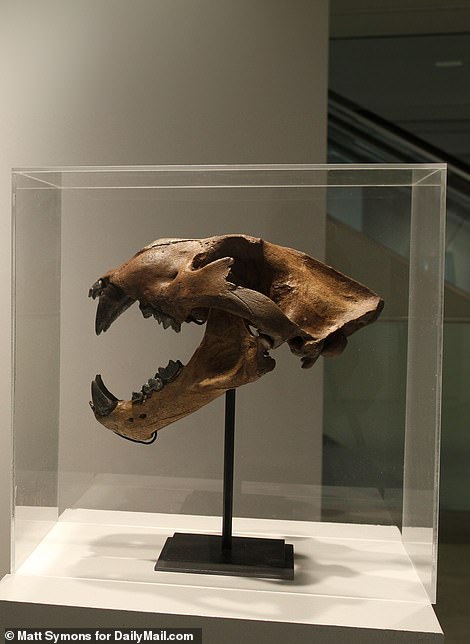 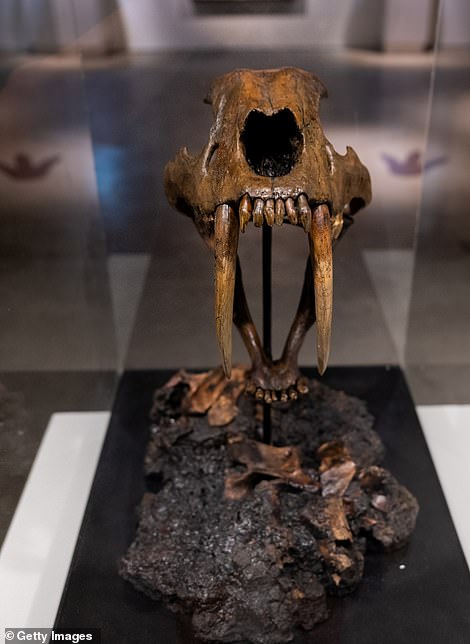 Neither the 50,000-year-old extinct American lion skull (left) or the skull of a saber-toothed ‘tiger’ (right) that still features its long, sharp teeth were purchased

The claw belonged to a dakotaraptor that it used to slash at large herbivore dinosaurs when it roamed the Earth 66 million years ago.

Neither the 50,000-year-old extinct American lion skull or the skull of a saber-toothed ‘tiger’ that still features its long, sharp teeth were purchased.