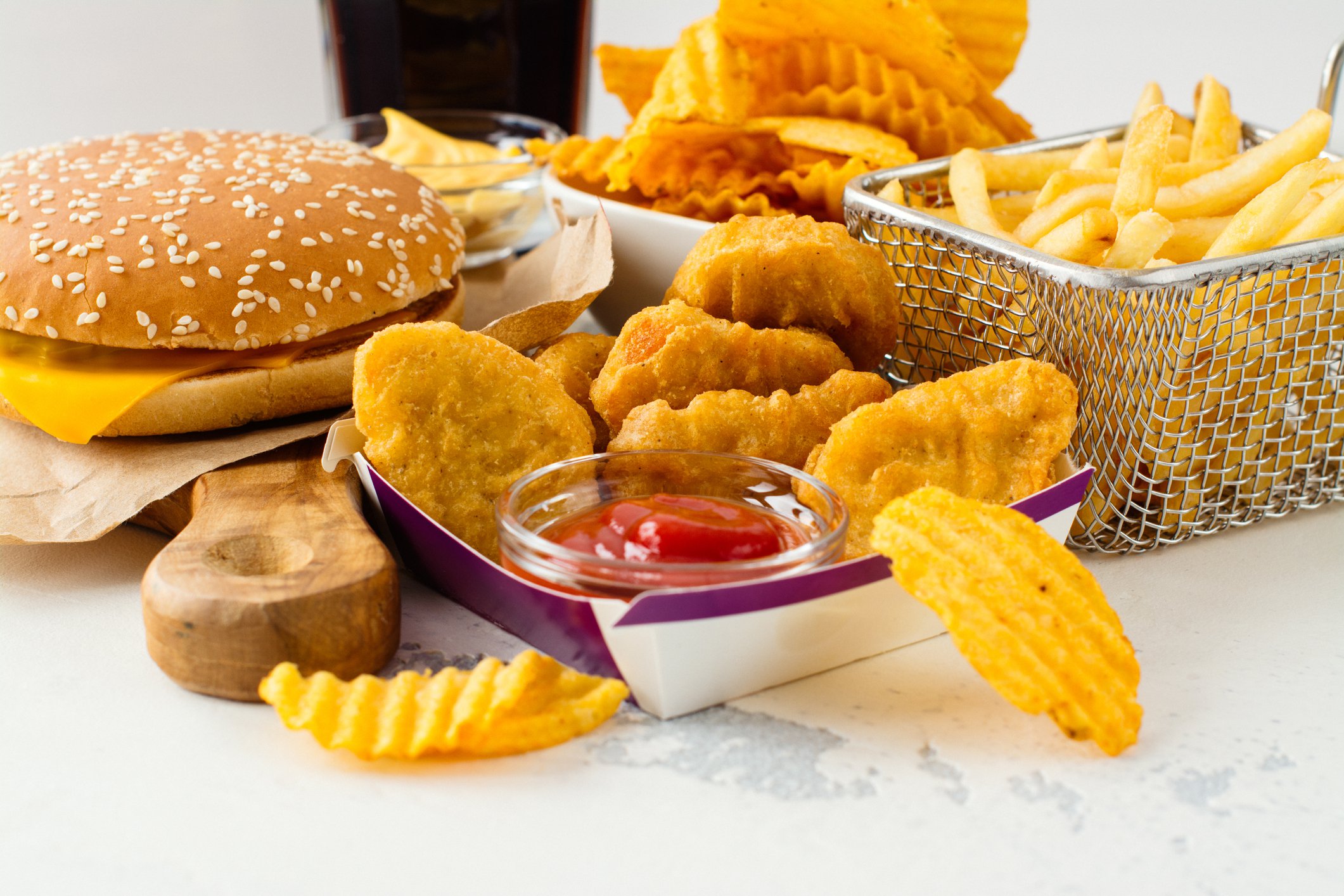 Fizzy drinks, chocolate, crisps and other ultra-processed food are likely to lead to a higher risk of dementia, a study has indicated.

It also found, unsurprisingly, that replacing these choices with unprocessed or minimally processed foods was associated with a lower risk.

The researchers highlighted that their findings do not prove that ultra-processed foods cause dementia and that they only show an association.

But still, it probably wouldn’t be a bad idea to stop eating these kinds of foods.

Study author Huiping Li, of Tianjin Medical University in China, said: ‘Ultra-processed foods are meant to be convenient and tasty, but they diminish the quality of a person’s diet.

‘These foods may also contain food additives or molecules from packaging or produced during heating, all of which have been shown in other studies to have negative effects on thinking and memory skills.

‘Our research not only found that ultra-processed foods are associated with an increased risk of dementia, it found replacing them with healthy options may decrease dementia risk.’

The study suggests that for every 10% increase in daily intake of ultra-processed foods, people had a 25% higher risk of dementia.

The research also found that substituting just 10% of ultra-processed foods with unprocessed or minimally processed foods, like fresh fruit, vegetables, legumes, milk and meat, was associated with a 19% lower risk of dementia.

Researchers identified 72,083 people from the UK Biobank study, a large database containing the health information of half a million people.

They were aged 55 and older and did not have dementia at the start of the study.

After being followed for an average of 10 years, 518 were diagnosed with dementia.

Researchers determined how much ultra-processed food people ate by calculating the grammes per day and comparing it with grammes per day of other foods to create a percentage of their daily diet.

The participants were divided into four equal groups from lowest percentage consumption of ultra-processed foods to highest.

Huiping Li said: ‘Our results also show increasing unprocessed or minimally processed foods by only 50 grammes a day, which is equivalent to half an apple, a serving of corn, or a bowl of bran cereal, and simultaneously decreasing ultra-processed foods by 50 grammes a day, equivalent to a chocolate bar or a serving of fish sticks, is associated with 3% decreased risk of dementia.

‘It’s encouraging to know that small and manageable changes in diet may make a difference in a person’s risk of dementia.’

The findings are published in the Neurology journal.