Putin 'can't use the Space Station for propaganda' says Lound

Every summer, two meteor showers converge in the skies, the more known Perseids, and the lesser-known Delta Aquariids. If moonlight permits, the showers are strikingly visible for all who can nab a good spot to see. Although the shower started in mid-July, today’s New Moon phase brings the perfect lighting to catch the spectacle more clearly.

The Delta Aquariids meteor shower became active on July 12 and it’ll remain this way up until August 23.

Named Delta Aquariids due to the shower radiant lying inside the constellation of Aquarius near the bright star Delta Aquarii, it can produce around 20 meteors per hour.

Although the shower is expected to peak on July 30, tonight will be the best time to see the shooting meteors because as of 6.55pm BST, a New Moon will form and it’ll appear near invisible in the sky.

Without the moonlight diluting the light from the meteors, they’ll become much easier to see.

What is the Delta Aquariids meteor shower?

When a comet orbits closer to the sun, the heat vaporises the ice inside it causing bits to break off. 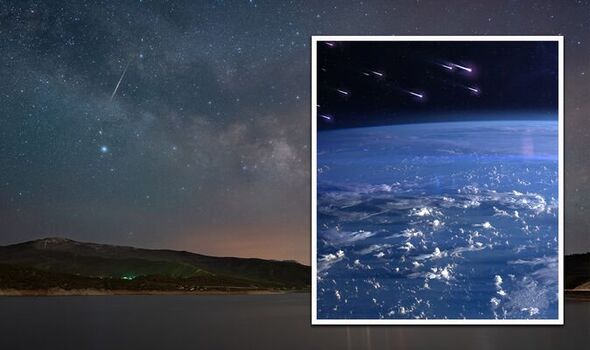 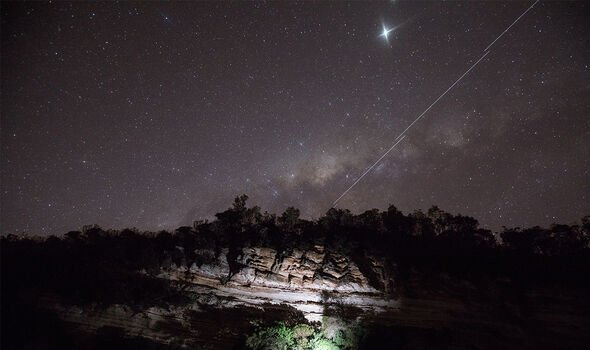 When the Earth passes through this stream of debris, the meteors pass through the planet’s atmosphere, after which they burn up and create fiery streaks in the sky.

It’s been largely unclear just what the parent comet responsible for the meteor shower was but most recently, sun-grazing comet 96P/Machholz has been identified as the likely source, according to Royal Museums Greenwich (RMG).

The comet was discovered in 1986 by Donald Machholz. It’s believed to have had an estimated diameter of four miles (6.4km) and takes just over five years to complete one orbit around the sun.

When is the best time to see the Delta Aquariids shower?

The best time to catch a glimpse of the spectacle tonight is between midnight and 3am, although it’s estimated that they will peak between 2am and 3.30am BST on Saturday, July 30.

Where to see the Delta Aquariids shower

In order to nab the best view, it’s key to head somewhere away from light pollution.

This means your best bet is to head to a field or a large expanse of space free from trees, buildings and streetlights.

Image website Pixsy has published a map of some of the best stargazing spots in the UK and the rest of the world, so if any locations are near you, pitch up there.

Once you’re set up, lie flat on your back and look up to take in as much of the sky as possible.

Look towards the Aquarius constellation, (an augmented reality app like SkyView can help you find it) for your best chance of seeing the Delta Aquariids.

How to capture the Delta Aquariids on camera

For typical astrophotography, image monitoring experts at Pixsy has provided a checklist for the best camera settings:

DON’T MISS:
British Mars Rover project that cost £22.7million is SCRAPPED [INSIGHT]
Perseid meteor shower tonight: Where to look for spectacle [ANALYSIS]
How to live longer: The sign in the gut linked to early death [EXPLAINED] 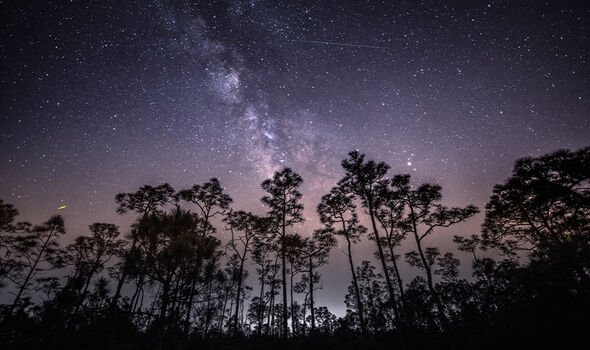 Experts at Pixsy said: “For capturing a meteor shower like the Delta Aquariids, the best camera settings will vary depending on the specific conditions that night; but you should start by opening the lens to the widest aperture and setting a high ISO (though not too high or the images may start to appear noisy and washed out).

“Use the ‘500 rule’ to calculate your shutter speed, then you can manually adjust the aperture and ISO to improve your images.”

Pixsy experts said: “Most smartphones on the market now have some pretty sophisticated technology that makes astrophotography using your phone easier.”

If you have one of the following, you’re in luck, as these are among the models that stand out for their astrophotography capabilities:

Meanwhile, some of the best cameras are: