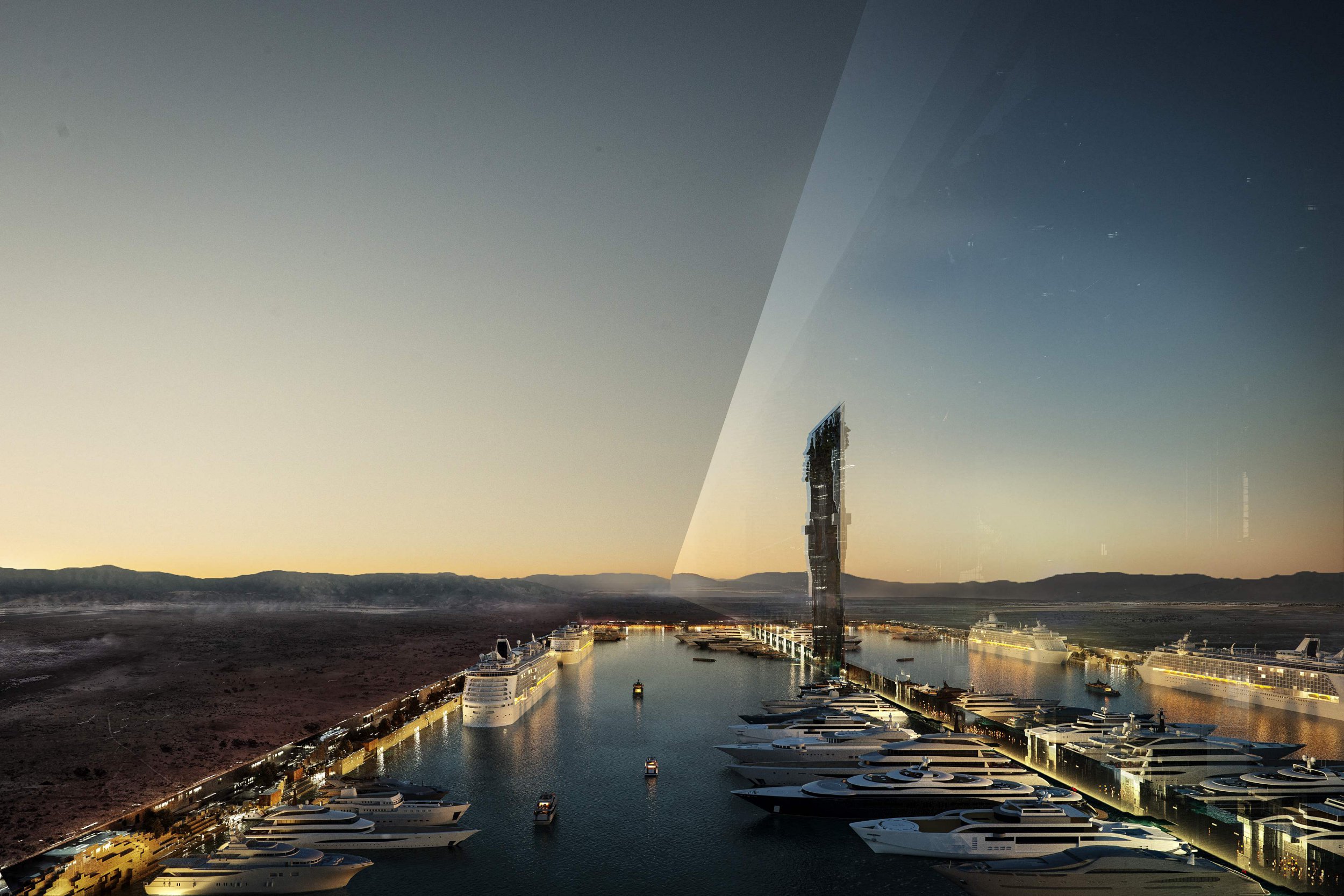 Saudi Arabia is planning to build an entire city along a single line 100 miles long and just 200m wide.

Flanked by 500m high mirrored walls, officials say the megastructure will offer up to 9 million residents a temperate climate and short commutes, all powered by 100% renewable energy.

Named ‘the Line,’ Saudi officials say the project is ‘the city of the future’: a car-free metropolis that will run on 100% renewable energy and offer its residents clean air in an ever more polluted world.

It’s designed to host businesses as well as housing inside numerous vertically-stacked neighborhoods, with residents facing a maximum commute of 20 minutes from one end of the city to the other.

Saudia Arabia’s press agency released a clip of the latest designs for the city on Monday. They show a sleek, futuristic and suprisingly green utopia, with a rooftop garden and ‘equitable views’ from any point.

Officials say the design would also benefit the natural world, using a minimal amount of land. It also places residents close to dramatic desert landscapes, rock formations and the ocean.

The city is part of Saudi Arabia’s ambitious ‘Neom’ project: a ‘sustainable regional development’ spearheaded by Crown Prince Mohammed bin Salman. In recent years, he has been trying to change perceptions of a country that, from 1957 until 2018, did not allow women to drive.

The ‘M’ in Neom is intended to reference the crown prince, as well as the first letter of the Arabic word for future (mustaqbal).

It’s not yet clear exactly how much the megacity would cost to build, when it would be completed nor how expensive property will be. But Saudi Arabia wants to raise in the region of £200 billion for the Neom region, including The Line.

Much of this would be government-funded, but a decent chunk will also be sought from the market.

But it’s already proven highly controversial. Although marketing images make Neom look like an empty desert, it is in fact home to local tribes who have been forcibly relocated for the project, according to the Wall Street Journal.

Last year, the publication reported Neom employees were leaving in droves as the project became mired in delays and massive overspending.

Aside from the politics, debates over how practical — or desirable — a city like The Line really is are rife on Twitter.

Some users said called the city ‘dystopian’, with one tweeting: ‘Neom will make for a nice post-apocalyptic ruin.’

Others likened it to sci-fi concepts like the eternally running Earth-circling train of ‘Snowpiercer.’

Ok despite my strongest MbS instincts this line city is bad ass. Like a stalled snowpiercer. Or sandpiercer in this case. https://t.co/mGqoJK28TP

And some referenced scandals that have long dogged Saudi Arabia, like the assassination of journalist Jamal Khashoggi.