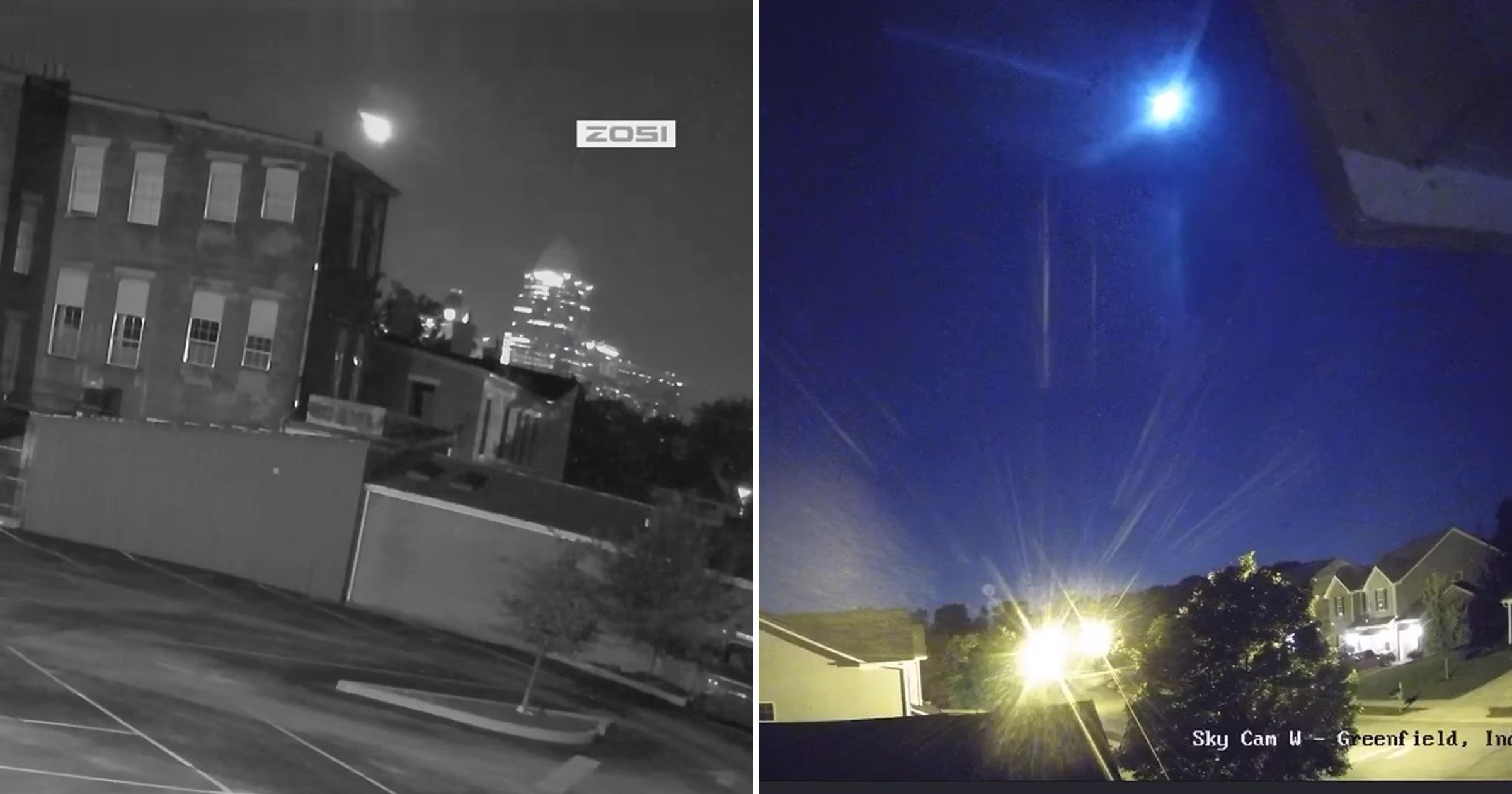 An unusually bright meteor that lit up the landscape like lightning was seen streaking over the US Midwest early Monday.

The American Meteor Society has collected 150 reports and at least 14 videos of the fireball caught by security cameras and lucky witnesses. The videos show a white-burning orb flying through the night sky, occasionally flickering.

According to one witness, Kayla F in Jamestown, Ohio, it ‘looked like a shooting star but was so bright and close to the horizon. Looked like it was so close and actually crashing’.

Another witness, Jeffery P from Avon, Indiana, remarked on its size.

‘It was the largest and most dynamic fireball I’ve seen,’ he said. ‘It was the size of my pinky, held at an arms length.’

Most of the reports came from Indiana, but stargazers also noticed the meteor Ohio, Illinois, Wisconsin, Iowa, Missouri, Kentucky and Alabama.

A fireball is a type of meteor large meteor that burns brighter than the planet Venus, according to the AMS.

Fireballs are also larger than normal meteors, which are typically the size of small pebbles less than one millimeter in length.

When a meteor larger than that strikes the earth’s atmosphere, it becomes capable of producing bright flashing lights, according to the International Meteor Association. That’s when it can be classified as a ‘fireball’.

Fireballs are usually composed of stone, ice or metal.

Although hundreds of fireballs enter the earth’s atmosphere every day, the majority of them crash into the ocean. Many that do enter the atmosphere above inhabited land go unnoticed still due to the daylight.

Would-be astronomers who want to see meteors will have better luck trying to view one of the seasonal meteor showers.

One of the largest and most popular meteor showers, the Perseids, is currently active until September 1. The shower typically peaks on August 12 or August 13.

The Perseids are particles and debris from the comet 109P/Swift-Tuttle. In rural areas, stargazers typically see anywhere from 50 to 75 meteors a night when the shower is at its peak.