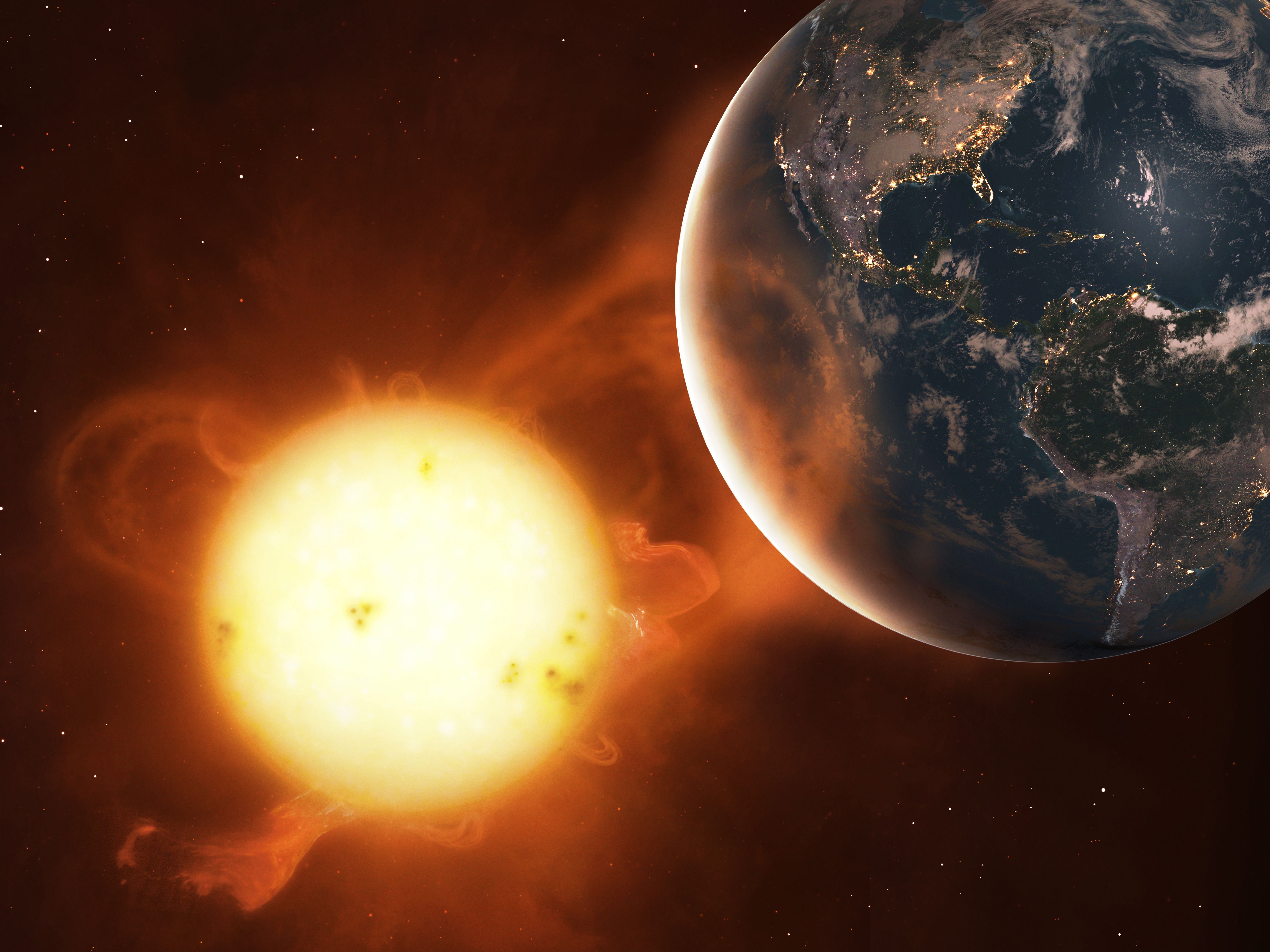 The sun has seen a flurry of activity on its surface recently with a solar storm affecting the Earth this weekend.

The minor geomagnetic storm was caused due to a coronal mass ejection (CME) unleased on July 21 that has been traveling through the solar system.

This ‘direct hit’ of radiation from the sun formed a solar storm around the Earth.

Such solar events are likely to become more frequent in the coming months, according to the National Oceanic and Atmospheric Administration (NOAA) due to the sun’s cycle of activity.

‘The sun’s 11-year activity cycle is ramping back up, meaning phenomena such as CMEs and solar flares are increasing in frequency,’ said the NOAA.

These storms are also expected to cause radiation damage to orbiting satellites and the International Space Station.

NOAA’s GOES-18 satellite, launched by Nasa in March this year, observes such outbursts. The weather observation satellite has instruments on board for observing the sun, including an X-ray and extreme-ultraviolet (EUV) camera which can observe the extremely high temperatures of the sun’s corona to see events like CMEs and solar flares.

The Solar Ultraviolet Imager (#SUVI) aboard @NOAA’s #GOES16ð°ï¸ saw a stormy Sun on July 21! You can see a #CoronalMassEjection just above the middle of the Sun near the end of this animation (arrow). @NWSSWPC says a G2 (moderate) geomagnetic storm is likely on July 23. pic.twitter.com/bOTt88kg6k

While this kind of solar activity is unlikely to affect our everyday lives, it can still affect satellites and make auroras visible in more parts of the world that usual.

GOES-18 is currently undergoing post-launch testing, including checking its instruments before they begin full operations. The satellite is expected to be ready for its operational role in early 2023.

What is a solar storm?

Solar storms occur when the Sun emits huge bursts of energy in the form of solar flares and coronal mass ejections. These phenomena send a stream of electrical charges and magnetic fields toward the Earth at a speed of about three million miles per hour.

Solar storms start with a huge explosion called solar flares on the Sun. These explosions can be about as powerful as billions of nuclear bombs.

When a solar storm strikes the Earth, it often produces dazzling ‘northern lights’ in parts of the atmosphere close to the Arctic Circle. Solar storms can also disrupt satellites and various forms of electronic communications.