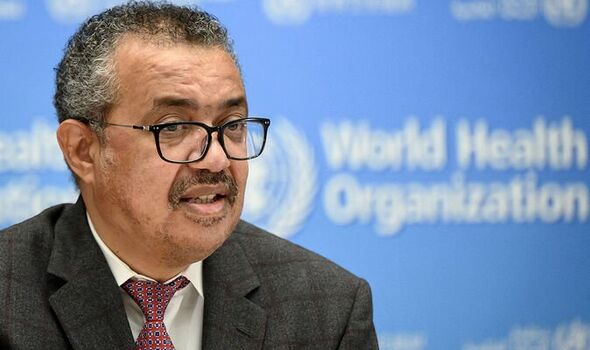 The WHO’s director-general could be set to issue the maximum emergency alert on Saturday, sources have claimed.

The committee met on Thursday to discuss the outbreak.

WHO Director-General Tedros Adhanom Ghebreyesus is responsible for making the final decision over whether to declare a global health emergency.

Tedros. in the past, has usually agreed with the committee’s recommendation, but the anonymous sources, told Reuters he was seriously considering declaring the agency’s highest level of alert.

This is despite the lack of a majority opinion over his concern about the urgency of the situation.

The committee is expected to hold a meeting at 1pm on Saturday to announce the final decision.

Currently, the ‘public health emergency of international concern’ only applies to the coronavirus pandemic and ongoing efforts to eradicate polio.

Concern has been increasing over the outbreak in recent weeks after more than 14,000 cases were reported.

As many as five deaths associated with the disease have been reported.

The cases have been reported over as many as 71 WHO member states.

Monkeypox is believed to be transmitted through sexual contact, but the virus can infect anyone who comes in contact with pus-filled sores, body fluids, respiratory droplets or contaminated linens.

The committee first met to discuss the outbreak at the end of June.