The news comes as the highly vocal parliamentarian discussed the report on Russian relations with populist and ‘anti-European’ parties. Standing in front of the parliament with his trademark pink vest, Mr Wallace also took the opportunity to lambast the United States’ intention to support its military-industrial complex.

Taking to Twitter to promote his speech, Mr Wallace stated the EU has become an “authoritarian” regime.

He said: “This debate is a testament to how authoritarian the EU has become.

“The McCarthyite hysteria is deeply anti-democratic and a bit scary.

“That there’s are at all is a monument as to how inept, unqualified and compromised EU leaders are diplomats are right now.

“War if a failure of diplomacy, of dialogue, and attempts at understanding.” 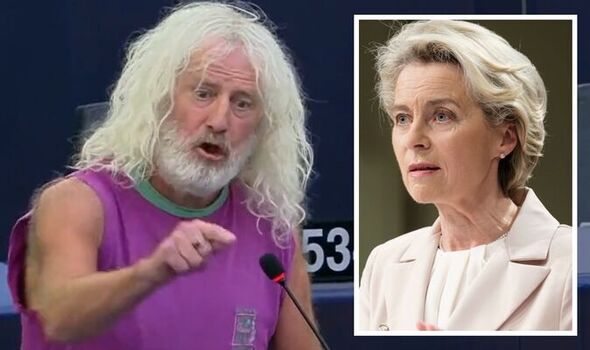 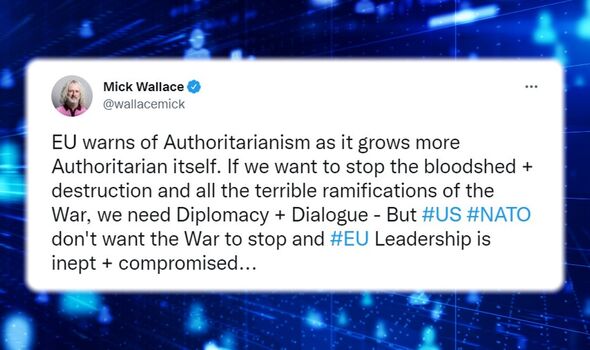 The MEP went on to suggest two imperial powers are fighting over Ukraine.
He said: “We need more diplomacy, not less.

“We have two powers, the US and Russia have an awful lot in common.
“Both run by monopoly capital, run by oligarchs on both sides.

“We have two imperialist powers fighting in Ukraine, and only working-class people are dying.

“But the EU has done nothing to stop it.” 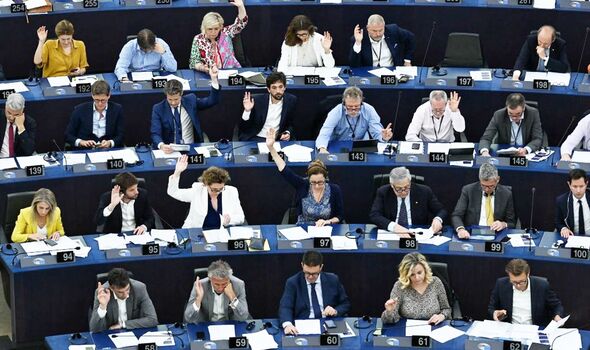 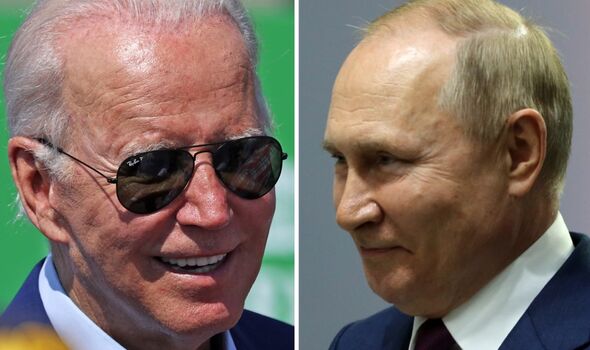 Mr Wallace then went on to suggest EU officials are glad of the war in Ukraine.
He said: “So many people in here are glad the war is taking place.

“But the biggest threat to diplomacy and democracy in the EU today is coming from the people who pretend to defend it.”

In spite of the strong condemnation of the EU by Mr Wallace, Ukraine has sought to join the union.

EU leaders backed “immediate membership” for the country, which has seen Kyiv placed on the waiting list.

However, many EU leaders initially suggested the process is not an overnight process and may take many years to come to fruition. 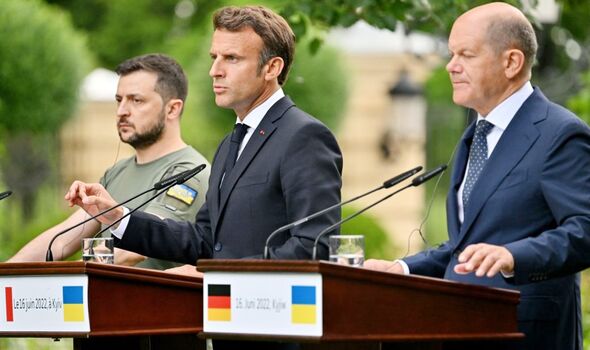 The chance that Ukraine will soon become a candidate for European Union membership is “not very great” according to Dutch Prime Minister Mark Rutte.
He said: “This is a year-long procedure; we have to look at what we can do in the short term.

“All the countries in the western part of Europe that I speak to, say that you shouldn’t try to have an express train, a fast-track procedure or accelerated accession process.

“But the question of whether you are for or against membership for Ukraine is not an issue at this point.”

Leaders from France, Germany and Italy travelled to Ukraine earlier this year to assess the situation and reassure Kyiv it would be able to join.

This was later supported by The Hague. 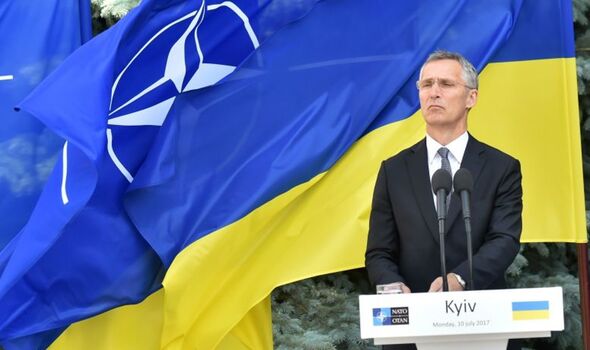 With the country unable to prove it can control its borders, the alliance has so far strongly rejected the notion.

Since the start of the war in Ukraine, two new members have joined the block, and are currently in the accession process.

Finland and Sweden – both of whom are traditionally non-aligned – have been welcomed into the alliance, boosting their presence on the Russian border, and providing over 1 million more boots on the ground.