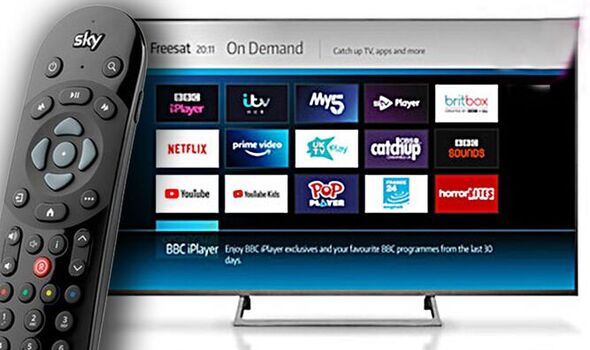 Those looking to cut down on their monthly subscription bills might want to check out a new deal from the team at Freesat. This popular service uses any existing satellite dish drilled to the side of homes to bring hundreds of channels to TVs without paying a monthly fee.

The only caveat is that Sky users need a new set-top box to gain access to this free-to-view platform but right now these Sky Q-style devices have been slashed in price making switching even cheaper.

Freesat has launched a limited-time sale on its premium TV box with prices now starting from £199.99 – that’s a £30 saving. Although that may still sound expensive, once the initial fee is paid everything you then watch won’t cost a penny.

Just like the award-winning Sky Q box, Freesat’s device features a 500GB hard disk which can store around 125 hours of content. It’s also 4K compatible for pin-sharp viewing and you can even record four shows at the same time.

If someone starts chatting during a vital moment in your favourite TV show the box can pause and rewind live telly and there’s also full access to the most popular on-demand services.

Freesat boasts over 170 channels including BBC, ITV, Channel 4 and other services such as Dave, Sky Arts, Quest and Great! TV. If that sounds enticing then you can find the Freesat deal at all major retailers including Currys, Amazon and Argos.

The offer will run until August 14.

SEE THE DEALS BELOW

If you don’t have a Sky dish on your wall then there is another offer that’s also worth checking out.

The latest Glass television, which uses a broadband connection to access content, is currently available with free premium Sky channels and Netflix at no extra cost.

This fabulous freebie lasts for the first three months of the contract and includes over 100 channels. To make things even more enticing Sky is promising that the deal includes channels you won’t find on Freeview or Freesat with customers treated to shows from platforms such as Sky Atlantic, Sky Comedy and National Geographic.

Want to access Sky’s unrivalled selection of exclusive live channels, on-demand boxsets, sports, movies, and a Netflix subscription …but don’t fancy a satellite dish on the outside of your home? Sky Glass is a custom-designed 4K QLED TV with everything to stream a Sky Q-like experience tucked inside. It also packs a Dolby Atmos soundbar in this all-in-one package. For a limited time, Sky is giving away three months of its Sky TV Entertainment bundle (worth £26 per month) that includes Netflix!

There are also a number of colours to choose from and this TV also comes with a sound bar built in so there’s no need to buy a separate audio boosting speaker.

Other benefits include a voice remote with backlit keys, full access to on-demand content via Sky’s Playlist option and seamless compatibility with streaming services such as Disney+, Netflix and Prime Video.

Prices for the TV start from £13 per month.